“We Will Not Be Silent,” David Meyers’ Drama of German Resilience in WW2, Gets Fresh NYC Reading 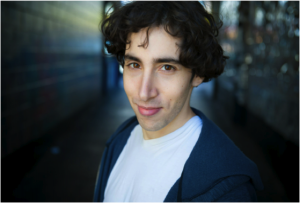 The latest developmental reading of David Meyers‘ We Will Not Be Silent, his new three-character play about students charged with treason after publishing anti-Nazi literature in Germany during World War II, will be 7 PM Dec. 8 as part of the Paul Enger Memorial Play Reading Series at Holy Trinity Lutheran Church in Manhattan. The reading cast includes Michael Pemberton, Ella Dershowitz and Sean Jenny.

According to the playwright, the drama tells the true story of Sophie Scholl, a German college student who led the only major act of civil disobedience during the Second World War. She and fellow students, members of a group called The White Rose, published underground anti-Nazi material and called for the peaceful overthrow of Hitler.

“The play examines the role ordinary Germans played in the rise of Hitler, and also the moral strength and clarity that led a group of German students to give their lives for a righteous, but hopeless, cause,” Meyers told me.

This will be the fourth reading of We Will Not Be Silent following 2015 airings at The Barrow Group, Abingdon Theatre Company and Payomet Performing Arts Center on Cape Cod.

“The development process has been extremely helpful,” Meyers said. “We’ve learned a lot from the readings — especially at the beginning of the process. While the play is not about the Holocaust or the Jews, it does take place in Germany during World War II, and concerns the Nazis. This obviously means that every member of the audience comes in with their own individual perceptions and baggage on the issue — and the readings have been helpful in finding the balance between what most of the audience will know/think and what we need to explain.” 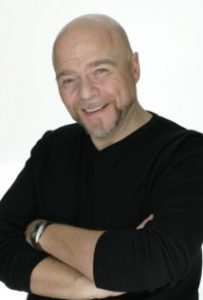 Actor Michael Pemberton will appear in the new reading of “We Will Not Be Silent.”

He added, “One thing that we’ve really been working on is how to avoid turning the character of Sophie into a martyr — someone who comes in at the beginning, willing to give her life for her cause. The story of Sophie Scholl and The White Rose is one that must be told and retold. The courage and moral conscience displayed by those German students is so lacking in the world today; I hope this play will be a call to arms for all of us to find that strength within ourselves. I think the play represents both the best of me and of human nature — and I am so happy that people seem to be embracing it.”

Maybe you read my earlier piece about his play Broken, about a young gunman and his encounter with a prison doctor.

Meyers is also a member of The 72nd Street Gang, a collective a dramatists sharing plays in a constructive setting. (Among the dozen or so members are Enid Graham,  Kelli Kerslake Colaco and Jon Marans. Parts of my plays Alabama Story and Two Henrys were developed in the group. Follow the group on Twitter @72ndStreetGang.)

Holy Trinity is at 33 West 65th Street, one block north of Lincoln Center. To reserve a free seat for the reading of We Will Not Be Silent, email BrokenThePlay@gmail.com.