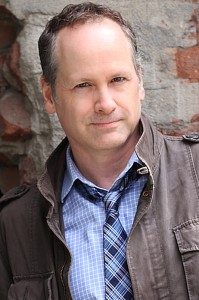 The playwrights will work alongside professional directors and actors in rehearsals, honing their scripts (which often undergo revisions) and leading to three book-in-hand reading presentations that are open to the public. Talkbacks are part of the process.

“Nothing is more important than nurturing new voices,” said artistic director Karen Azenberg, who will direct Two Henrys. “I’m particularly pleased that Kenneth Jones, who was a part of the inaugural staged readings in 2014, will be back again.”

Jones’ Alabama Story — workshopped in Play-By-Play and then fully produced to acclaim on the PTC Mainstage in January 2015 — will receive productions in 2016 at Florida Studio Theatre in Sarasota, Wellfleet Harbor Actors Theatre on Cape Cod and Peninsula Players in Wisconsin. “This is the kind of longevity we are hoping this series will create,” Azenberg said. (Azenberg and Jones also co-conceived the PTC holiday revue It Happened One Christmas, which had its world premiere Dec. 4-20, 2015.)

The 2016 Play-By-Play readings will take place at the Babcock Theatre, in the lower level of Simmons Pioneer Memorial Theatre on the campus of the University of Utah.

Here are the titles at a glance: 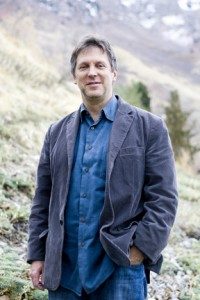 An Elizabethan romp meets a meditation on loving. Be transported back to the world of Shakespeare — codpiece not required! Before he was the greatest dramatist in the history of English-speaking theatre, William Shakespeare was a hard-working producer, writer and actor trying to get his next play up and running. When Queen Elizabeth calls for a play, Shakespeare has to juggle egotistical actors, penny-pinching business managers, envious rivals, young lovers determined to pursue the course of true love no matter the consequences, and his own wife, entreating him to return to her from London as soon as he can.

In the dead of winter, Henry flies to Florida to offer condolences at the funeral of his late partner’s father. But in a house that he was never welcomed to visit before, is the divide between him and the surviving widow and grown daughter too wide? Set in 2012, somewhere between the dusk of the AIDS crisis and the dawn of marriage equality, Two Henrys — from the playwright who wrote PTC favorite Alabama Story — is a funny, warm, hope-filled look at three indelible characters struggling valiantly to come to terms with their perceptions and prejudices. The play was a semi-finalist in the 2014 O’Neill National Playwrights Conference; revisions followed leading to the PTC development. 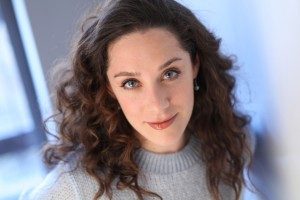 Allisyn Davis, an American reporter for the New York Times, heads to Pakistan to cover the “honor killing” of a young woman. Denied entrance but armed with the most current technology, she conducts her investigation remotely from Dubai. Through a series of cultural collisions, startling interviews and dangerous encounters she learns the horrifying details of the murder, which causes her to re-examine a traumatic event from her own past.

Tim Slover (March Tale) wrote the play Joyful Noise (Samuel French), which had its regional professional premiere at Pioneer Theatre Company; the novel “The Christmas Chronicles” (Random House); the non-fiction work “Messiah: The Little-Known Story of Handel’s Beloved Oratorio” (Silverleaf Press); and the screenplay “A More Perfect Union” (PBS). His plays have been produced Off-Broadway and in regional theatres in the U.S., Canada, and the U.K. His writing has also appeared in Sunstone Magazine, The National Biography of American Theatre, Proving Contraries (Signature Books), and Saints on Stage (Zarahemla Books). His writing awards include the Hopwood Award for Drama, the Christopher Brian Wolk Award for Playwriting Excellence, and the Freedoms Foundation of Valley Forge George Washington Honor Medal. He has been a writer-in-residence at Lamb’s Players Theatre, Cornell College, Penn State University, and the Philadelphia Alumni Writers House at Franklin & Marshall College. Slover heads the University of Utah Department of Theatre’s playwriting program; directs the Theatre, Fine Arts, and Humanities in London Learning Abroad Program; and co-directs, for Continuing Education, the London on Stage excursion. His wife Mary is, helpfully, a marriage and family therapist.

Kenneth Jones (Two Henrys) is a playwright, librettist and lyricist. His play Alabama Story, a 2014 Finalist in the O’Neill National Playwrights Conference, had its world premiere by Pioneer Theatre Company in January 2015 under the direction of Karen Azenberg following development in PTC’s 2014 Play-By-Play series, Alabama Shakespeare Festival’s Southern Writers’ Project and NewTACTics by Off-Broadway’s TACT/The Actors Company Theatre. It will make its Florida premiere in April 2016 at Sarasota’s Florida Studio Theatre followed by its Midwest premiere at Peninsula Players Theatre in Wisconsin in August. He co-conceived PTC’s 2015 holiday musical It Happened One Christmas. His darkly comic Christmas musical Naughty/Nice (with composer Gerald Stockstill) was recently published by stagerights.com. His musical Voice of the City (with composer Elaine Chelton) enjoyed readings by York Theatre Company and Human Race Theatre Company. He is a member of BMI, the 72nd Street Gang Playwrights Collective and the Dramatists Guild. Visit ByKennethJones.com.

Individual tickets may be purchased through the PTC Box Office by calling (801) 581-6961 or online at https://tickets.pioneertheatre.org.

Readings are Fridays at 8 PM, Saturdays at 2 PM and 8 PM in the Babcock Theatre, located in the lower level of Simmons Pioneer Memorial Theatre, 300 South 1400 East, Salt Lake City, Utah.