In the Age of Nixon, a Family Plots Its Own “Cover Up” in New Play By Jon Marans 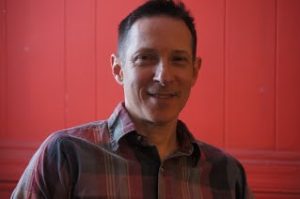 A dysfunctional Southern family bends over backwards to support one of their own in Jon Marans’ dark comedy The Cover Up, getting a Sept. 20 reading in The Barrow Group Reading Series in Manhattan. The Pulitzer Prize finalist author of the internationally popular Old Wicked Songs shared some thoughts about the new play.

The Cover Up is set in Virginia in the summer of 1973, when the Watergate hearings were broadcast on television. “Just as that trial slowly brought down the Nixon presidency, another more personal cover-up is going on in the Taggert family — potentially destroying them, as well,” according to TBG. 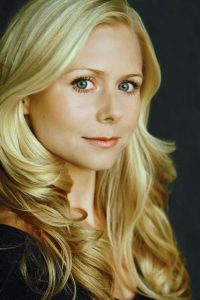 Marans’ play The Temperamentals, about the dawn of modern gay rights, was embraced Off-Broadway and regionally. He’s currently revising the book to the musical Paint Your Wagon for a Seattle premiere in 2016.

This reading of The Cover Up represents a revision of a script that Marans first heard at TBG in 2013.

“There are definitely some autobiographical events in this play,” Marans told me. “And in a way, I think these events have somewhat shaped my view of the world — which is probably why I have been obsessing over this story for so long.”

Marans is a member of The 72nd Street Gang playwrights collective, where portions of The Cover Up were read. The 72nd Street Gang also helped in the development of Kenneth Jones’ Alabama Story, Kelli Colaco’s You Are My Sunshine, Julia Gibson’s 105 Bank Street, Enid Graham’s What Martha Did and plays by Jeff Talbott. Follow the group on Twitter @72ndStreetGang.

“This draft is so much different than the one a few years ago,” Marans said of The Cover Up. “It’s been a hard journey on this play. It’s been so incredibly helpful coming to The 72nd Street Gang playwrights group — doing more and more rewrites, hearing everyone’s reactions and thoughts , which spurred me on.”

Seth Barrish, co-artistic director of The Barrow Group, directs the reading. His directing credits include The Tricky Part, Sleepwalk With Me and Old Wicked Songs. 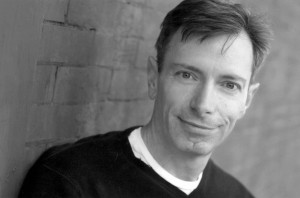 Arnie Burton will read Nixon in “The Cover Up.”

There is no charge for admission to the reading. If it sells out, TBG encourages you to sign up for the waitlist, as seats often become available. Reserve here.

72nd Street Gang member David Meyers‘ new play We Will Not Be Silent will be read in the TBG Reading Series Oct. 11.

Jon Marans’ works include The Temperamentals, which ran for eight months Off-Broadway, was nominated for a Lucille Lortel and Outer Critics Circle Award for Outstanding New Off-Broadway play and was a 2012 American Library Association Stonewall Honor Book in Literature. Old Wicked Songs, a Pulitzer Prize Finalist for Drama, ran for a season Off-Broadway, played in the West End starring Bob Hoskins and has been produced in over a dozen countries. Other shows include A Strange and Separate People, Jumping for Joy, Legacy of the Dragon Slayers and The Irrationals. Marans is currently writing a new book to the musical Paint Your Wagon for the Fifth Avenue Theatre in Seattle. It will open there in June 2016. The Temperamentals is in film development with Daryl Roth Productions. Marans is a recipient of a 2013 Guggenheim Fellowship.

As a part of its ongoing support of new works, The Barrow Group presents a reading series of works in progress. This series has spawned a number of Off-Broadway and Broadway plays, including The Tricky Part and All the Rage by Martin Moran, Sleepwalk with Me and My Girlfriend’s Boyfriend by Mike Birbiglia, A Steady Rain by Keith Huff and Honey Brown Eyes by Stefanie Zadravec. “It also serves as a forum to get feedback from audience members on plays (published and unpublished) being considered for production,” according to mission notes.

Here’s my conversation with Jon Marans. 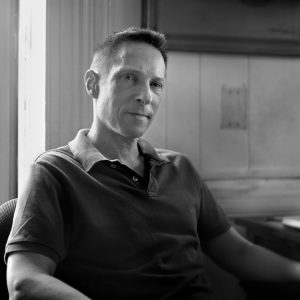 What was your first impulse when conjuring the play? What did you “see” first?

Jon Marans: It pretty much started with the character of schizophrenic daughter Floye Marie. However, I knew it would be difficult to write about her since I needed to figure out how to let the audience understand what was going on inside of her head. Once I figured that out, the second thing driving me was exploring how to write about a terrible, yet oddly bonding family cover-up that revolved around her.

The family lies and maneuvers to help Floye Marie earn a college degree. One of the things I like about the play is that, as dysfunctional as this family is, the characters are motivated by love — promoting and supporting their mentally ill daughter. How are they flawed, do you think?

Jon Marans: I think almost all of their actions are done out of love. Some of them are admittedly misguided. Because mental illness is so hard to figure out, this family tries to come up with solutions. Solutions, unfortunately, that make no sense if they really understood mental illness. And solutions that are ultimately of no help to Floye Marie. But there’s this need to do something — and this flawed assumption that doing something is better than doing nothing. The other thing that is confusing to this family is that sometimes Floye Marie acts perfectly normal. So there’s this presumption that if she only tried harder she could just “snap out of her craziness” — or if she just concentrated enough to push down her less-than-coherent impulses — she would be normal.

As a playwright, how important is “hope” as an element in your writing? Is there hope for this family?

Jon Marans: For me, hope is everything. But not a Pollyanna kind of hope. There also needs to be a realization that some things won’t change, and yet you still try and embrace the people who love you most and whom you love the most, flaws and all.

We’re in the 1970s, when drugs are less available or less efficient for schizophrenia, right?

Jon Marans: Definitely. And quite a few doctors didn’t believe in using them because a person’s schizophrenia didn’t seem that extreme — or the medicine had too many detrimental side effects.

Why is the play set in the 1970s? Does the era’s poisoned politics — Watergate, Vietnam — inform your family story?

Jon Marans: It definitely informs the story, especially since it’s a time when young people were questioning if their leaders — including their parents — always had their best interests at heart.