Julia Gibson Peeks Into Windows of an Apartment Building in Her New Play, Getting Studio Tisch Reading 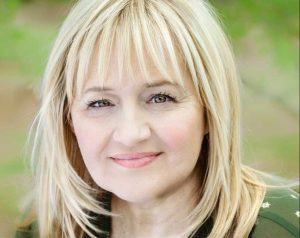 Julia Gibson, the playwright, actress and director who is also a company member of Playmakers Repertory Company in North Carolina, will hear an exploratory reading of her new tenement-set drama, 105 Bank Street, or The Joanna Play, July 30 on the campus of her graduate-school alma mater, New York University. The reading, which will include MFA acting alumni of NYU’s Tisch School of the Arts, is a “listening opportunity” for Gibson.

Here’s how Gibson described her untitled new play to me: “A prismatic view of residents in a small New York City apartment building, the play focuses on a younger woman over a number of years as she ages and becomes the old lady next door. It’s a quirky look at condensed and compact city living and what it means to be a neighbor.”

Sections of 105 Bank Street were heard in sessions of the New York City dramatists collective The 72nd Street Gang (follow @72ndStreetGang on Twitter).

The private table read is part of the Studio Tisch program, Tisch School of the Arts‘ summer reachout to acting alumni who are seeking to develop their skills or projects.

In addition to acting at Playmakers Rep, Gibson teaches acting in the professional actor training program at University of North Carolina at Chapel Hill. She’s currently on sabbatical from UNC and Playmakers until January 2016. During her break, she’s acting and directing, including working with People’s Light and Theatre Company in Philadelphia and Gulfshore Playhouse in Naples, FL, as well as teaching workshops at Portland University in Oregon and Flagler University in St. Augustine, FL. Check out her Playmakers Rep bio.