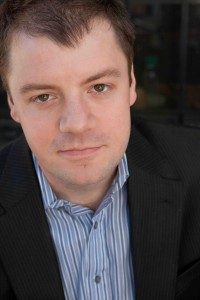 A reading of Jeff Talbott’s new play Elliot is on the inaugural 2016 calendar of Crowded Outlet, a fresh New York City not-for-profit theatre company devoted to developing and producing new works that draw from a diverse pool of artists. Artistic director Wes Grantom will direct the public reading of Talbott’s darkly comic workplace drama. The playwright’s award-winning play The Submission launched at Off-Broadway’s MCC Theater in 2011 and has since been seen in theatres around the country.

Announced on Jan. 19 by Grantom (Off-Broadway’s Eager to Lose and Off-Off-Broadway’s The Steadfast and The Cloud) and artistic associate Chad Goodridge (Passing Strange), Elliot is the first in Crowded Outlet’s monthly developmental series, Surge, offering artists from all disciplines “developmental support to works at any stage of the process.”

Elliot had earlier private readings by MCC Theater. Talbott’s The Submission won the inaugural Laurents/Hatcher Award and the Outer Critics Circle’s 2011-12 John Gassner Award for Outstanding New American Play. It’s published by Samuel French. His plays have also been read by Pioneer Theatre Company and TACT/The Actors Company Theatre. Learn more about Talbott’s work as an actor, playwright, librettist and lyricist (including his musicals with composer Will Van Dyke) at his official website. (He’s repped by Ben Izzo at Abrams Artists Agency.) 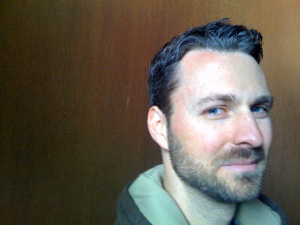 Crowded Outlet will also produce one full production in 2016 — the world premiere of Josh Tobiessen’s Lone Star Spirits — June 2-19 at the 4th Street Theatre in the East Village. Here’s how Crowded Outlet bills it: “A trip home gets wildly out of hand, when Marley returns to introduce her fiancé to her estranged father. Hoping for a quick visit, she finds herself stranded in her father’s liquor store haunted by her football hero ex-boyfriend, a single mom insistent on a girl’s night out and the ghost of the bear-wrestling pioneer who founded their town. Lone Star Spirits is a comedy about those who leave, those who stay and raising a glass to the ghosts of your past.”

Cast and design team will be announced at a later date, along with ticket and schedule details. Grantom will direct Lone Star Spirits. He nurtured an earlier version of the script in Pioneer Theatre Company’s 2015 Play-By-Play new works series in Salt Lake City. Visit the official website of Josh Tobiessen (pronounced “toe-BEE-sin”). 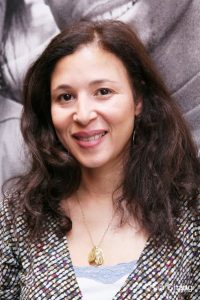 Meanwhile, the Surge reading series will focus on a different artist each month, with the inaugural year giving voice to work by Jeff Talbott, Zakiyyah Alexander, Cori Thomas, Alejandro Rodriguez, Emily Walton, Marisa Michelson, Matt Dellapina, Lauren Whitehead, Polly Lee and Nikko Benson in collaboration with Chad Goodridge, as well as a collaboration between Matt Citron and Carlos Dengler of the band Interpol.

Details of the remaining Surge presentations will be announced throughout the year.

Crowded Outlet is “committed to harnessing the creative powers of a variety of artistic voices and theatrical visions,” according to the org’s unveiling announcement.

“We draw creative energy from the collision of ideas and diverse perspectives to develop and create vibrant theatrical entertainments,” Grantom said in a statement. “Imagine a bunch of power cords tangled together, feeding different projects and possibilities. We aim to be that outlet.” 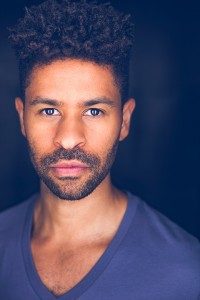 Artistic associate Chad Goodridge stated, “Surge intends to develop and present a wide variety of work from a collection of unique artists whose voices, we feel, warrant greater amplification in the New York performing arts community. It’s a launch pad to try out a new piece, explore a new direction, or flex a new muscle.”

As a producer Wes Grantom has over 10 years of experience as co-artistic director of Slant Theatre Project and has been a freelance director throughout the city and around the country for nearly 12 years. Grantom has directed productions Off-Broadway, Off-Off Broadway and regionally for companies Ars Nova, Williamstown Theatre Festival, Cherry Lane, Berkshire Theatre Group, Fight or Flight Theater Company (read my piece about summer 2015’s This Is Not J.A.W.S., a movie spoof by FOF that used trapeze work) and many others. Grantom has also served as associate director for several Broadway and Off-Broadway productions.

As an actor, Chad Goodridge has committed his career to the development of new work with organizations such as New Dramatists, Berkeley Rep, the Sundance Institute and the Drama League. Goodridge was awarded the Charles Bowden Award by New Dramatists and was an original cast member of the Tony Award-winning Passing Strange, for which he is a recipient of the Obie Award for his work in the ensemble.