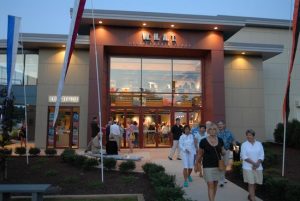 Wellfleet Harbor Actors Theater, the resident Equity theatre on Cape Cod, will present the New England premiere of Alabama Story by Kenneth Jones in its 2016 season. Full details for the WHAT season at the 220-seat Julie Harris Stage will be announced later, but other confirmed productions so far on the March-to-November season are the Bill Russell-Janet Hood musical Unexpected Joy in July and A Midsummer Night’s Dream in March.

Alabama Story, the six-actor play borrowing from real events touching on censorship and Civil Rights issues in the segregated Montgomery of 1959, will play Aug. 25-Sept. 25, 2016. Opening night is Aug. 27. Executive artistic director Jeffry George will direct. WHAT casts its productions from the acting pools of Boston, Cape Cod and New York City.

This will be the third Equity production of Alabama Story — a political and human drama set in “the Deep South of the imagination” — to play in 2016. It will surface in Florida in April and Wisconsin in mid-August.

Alabama Story, a finalist in the 2014 National Playwrights Conference of the Eugene O’Neill Theater Center, received its world premiere by Pioneer Theatre Company in Salt Lake City in January 2015. It became the top-grossing new play in the theatre’s history and was embraced by critics. Listen to a Utah NPR radio program devoted to the play.

The play examines Civil Rights through the lens of censorship by dramatizing the true story of an embattled librarian bullied by racist politicians in 1959 Montgomery, Alabama.

Despite pressure from a vocal state senator, Alabama State Librarian Emily Wheelock Reed refused to take a children’s picture book off of the shelves of the state library. The title in question? Garth Williams’ “The Rabbits’ Wedding,” about a black rabbit and a white rabbit who marry in a moonlit meadow on the edge of a forest. Alabama politicians insisted the book was pro-integration propaganda designed to sway young minds toward race-mixing.

Illustrator Williams, known for his artwork for “Little House on the Prairie,” “Charlotte’s Web” and “Stuart Little,” is a character in the play, narrating some of the action and friskily jumping in to play supporting roles. The public political drama is contrasted with the private personal story of Lily and Joshua, two childhood friends who reunite in adulthood in Montgomery and rehash painful events of their past. She’s white; he’s African-American.

Between March and November WHAT, in Wellfleet, MA, produces six mainstage productions and one family production, plus a variety of concerts, lectures and films. The announcement of the first three titles of the season was made on Dec. 17, to whet the appetite of followers of WHAT. Gift certificates and Flex Passes for 2016 are on sale now for gift-giving during the Holidays. Visit www.what.org.