“Alabama Story,” Drama of Censorship and Civil Rights, To Get Florida Premiere in Spring 2016

Florida Studio Theatre in Sarasota will give Kenneth Jones‘ fact-inspired drama Alabama Story its second resident Equity production — and its debut in the South — in 2016. The six-actor play, set “in the Deep South of the imagination,” examines Civil Rights through the lens of censorship by dramatizing the true story of an embattled librarian bullied by racist politicians in 1959 Montgomery, Alabama.

Despite pressure from a vocal state senator, Alabama State Librarian Emily Wheelock Reed refused to take a children’s picture book off of the shelves of the state library. The title in question? Garth Williams’ “The Rabbits’ Wedding,” about a black rabbit and a white rabbit who marry in a moonlit meadow on the edge of a forest. Alabama politicians insisted the book was pro-integration propaganda designed to sway young minds toward race-mixing.

Kenneth Jones with a copy of the controversial book that inspired the play “Alabama Story.” (Photo by Alex Weisman/IceWolfPhotography.com)

Illustrator Williams, known for his artwork for “Little House on the Prairie,” “Charlotte’s Web” and “Stuart Little,” is a character in the play, narrating some of the action and friskily jumping in to play supporting roles. The public political drama is contrasted with the private personal story of Lily and Joshua, two childhood friends who reunite in adulthood in Montgomery and rehash painful events of their past. She’s white; he’s African-American.

The Salt Lake Tribune’s review of the premiere production, directed by Karen Azenberg, said the script “marks an impressive debut” and that “its ability to dramatically merge history and personal stories promises it a life far beyond this production.” 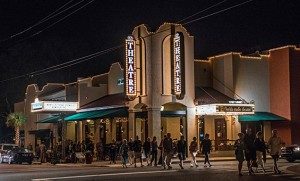 Alabama Story will play Florida Studio Theatre’s 237-seat Gompertz Stage for a run April 6-May 28, 2016. The Florida premiere — and the rest of the 2015-16 FST season — was announced Sept. 18, breaking on the Herald Tribune website. The Alabama Story creative team and cast, drawn from New York and regional talent pools, will be announced at a later date.

Audiences at talkbacks in Utah commented that the highly theatrical play was a kind of whimsical cousin to “To Kill a Mockingbird,” merging past and present, childhood and adulthood, public and private, dark and light, laughter and tears — tying all of it into a love of reading. Here’s a roundup of information related to the play’s history, including links to reviews, an NPR radio broadcast and more.

The title was cited in Salt Lake City Weekly’s 2015 Best of the Arts issue.

Alabama Story was a 2014 Finalist in the Eugene O’Neill Theater Center’s National Playwrights Conference. Jones’ follow-up play, the Florida-set Two Henrys, was a 2015 Semi-Finalist in the O’Neill NPC (an excerpt is at newplayexchange.com).

A scene from Alabama Story was recently published in the annual book “2015 Best Men’s Stage Monologues” (Smith and Kraus).