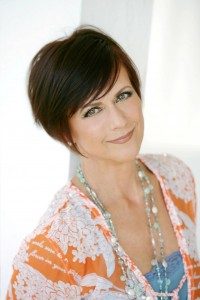 Maybe you saw my earlier interview with playwright Slade, who shared his take on the play’s plot and roots with me last March, when the Ohio production was announced. [Editor note: By the time of first rehearsal, Randy Brooks replaced John Earl Jelks.]

Here’s how Human Race bills Family Shots, which will run Jan. 22-Feb. 8, 2015: “Charming family patriarch Sam Baker [played by Jelks] lies in a hospital bed, recovering from an apparent heart attack, but his wife, Marsha [played by Zenk], won’t stop making the crisis all about her — much to the dismay of their son, Aaron [played by Bleu]. The young photographer wonders why his parents even stay together while he and his husband, Malcolm [played by Halpin], deal with their own issues as newlyweds. Intimate, yet universal, Family Shots is a wildly funny and touching comedy about marriage — its joys, challenges and responsibilities — and what’s worth fighting for.” 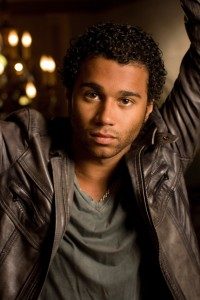 Bleu is known for playing Chad Danforth in the “High School Musical” franchise and appeared in Broadway’s In the Heights and Godspell. Stage and screen actress Zenk is a three-time Emmy Award nominee for playing Barbara Ryan on TV’s “As the World Turns.” Jelks is a Tony Award nominee for appearing in August Wilson’s Radio Golf. His Broadway credits include Gem of the Ocean and Holler If Ya Hear Me.

Slade, a New York-based playwright, librettist, novelist, screenwriter and television writer, previously told me, “Our country, and I guess the world, is finally looking at the word ‘marriage’ in a new way. But in this age of marriage equality there are still huge questions for everyone — straight and gay. What is marriage? What does it mean to be married? What does it mean to be not only personally, but publicly committed to another person? And that’s what I’m exploring in Family Shots through the story of a long-married heterosexual couple and their more recently married son and his husband.”