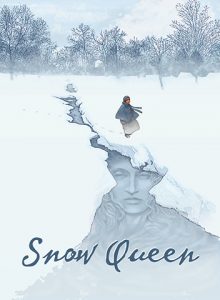 Part of the mission of Triad Stage, the ambitious American resident theatre headquartered in Greensboro, NC, is to promote a regional voice — reviving or creating stage literature that reflects the color and heritage of the Carolinas and the South.

Its latest new work, Snow Queen, by founding artistic director Preston Lane (who also directs) and local songwriter Laurelyn Dossett, is an Appalachian riff on Hans Christian Andersen’s story. In it, a boy has been snatched by the Snow Queen, and a girl, Gertie, goes on a quest through the mountains to find him. Performances play Dec. 1-22. Opening night is Dec. 6. Maybe you read my earlier piece about it.

I got curious about the “Appalachian” approach of this world premiere, so I threw some questions at composer-lyricist Dossett, who appears on stage in the show, and whose previous collaborations with Lane include Beautiful Star, Bloody Blackbeard, Providence Gap and the “Beowulf”-inspired Brother Wolf; the latter will get a May 2014 revival at Triad’s Winston-Salem, NC, satellite home at the Hanesbrand Theatre in the Milton Rhodes Center for the Arts.

A CD of the Snow Queen score is available at the Triad box office or by mail by calling (866) 579-TIXX (8499). In the meantime, here are a couple of promotional videos featuring music from Snow Queen. (Some audio clips are below, too.)

Can you share what role music plays in Snow Queen? That is, is it meant to enhance the magical, ethereal world, or is it character-specific and traditional, establishing characters’ goals? 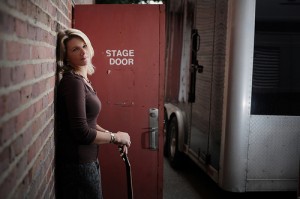 Laurelyn Dossett: We use music in both of those ways and more. The band is onstage and acts as a live soundtrack, underscoring, setting mood, etc.  And because of the folkloric nature of the work, the Appalachian instrumentation and song styles help set time and place. That said, Gertie’s song (“Redbird Heart”)  and the Snow Queen theme (“Winter of Ten Thousand Years”)  are written from the character’s point of view.  Late in the show the White Tail Stag sings “Long Darkest Night,” and that ballad gives information that moves the journey forward, so there is more than one answer to your question!

What are the flavors of the music? From what musical world does it draw?

Laurelyn Dossett: Big picture — the music needed to be of this world, which means Appalachian and mostly old-sounding. The Scotch-Irish influence of the Appalachians is also more pronounced in the Snow Queen‘s main theme song (“Winter of Ten Thousand Years”) because she and the other gods are “before time.”

Still, I write on a song-by-song basis, trying to serve the scene, the mood, the story, the character, etc. So Gertie’s song, for example, sounds more current and bluegrassy, like a 12-year-old girl might sing. And there is a ridiculous scene with singing flowers in a land of eternal summer that sounds like western swing.  It’s a magic world and anything can happen.

Give me a sense of the orchestration? How big is the band? 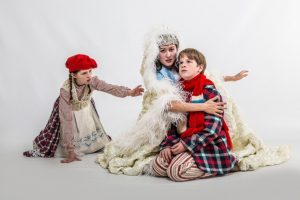 Autumn Routt is Gertie, Emily Gardner Hall is The Snow Queen and Nick Saunders is Cade in the world premiere “Snow Queen.”

Are all of the songs in the score original, or is there something from your catalog that works for this?

Laurelyn Dossett: All original and written for this show except “Goin’ Where I Ain’t Never Been Before,” which is a traditional tune that we arranged for the show, and “Thundersnow,” which is a fiddle tune that Faye worked up for the show.

What regional musical influences did you discuss and draw on for Snow Queen? Can you mention some specific instrumentation?

Laurelyn Dossett: This music tends to predate bluegrass. The banjo is Appalachian or “clawhammer” style (rather than the modern Scruggs-style bluegrass). Much of the music is fiddle- and banjo-based. There is a story-telling ballad-style element to some of the songs that goes hand in hand with the oral storytelling tradition in the North Carolina mountains.  Because of the magical nature of this show we use more effects on the traditional instruments — creepy Snow Queen stuff. 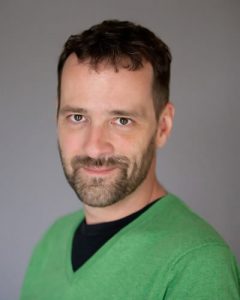 How is this collaboration or sound different from the other music-fueled original works you and Preston Lane have worked on together? Are Brother Wolf and Snow Queen sister shows? Do they exist in the same musical world?

Laurelyn Dossett: They are of the same musical world in some ways. But Snow Queen is more of a fairy tale with singing flowers and beasts, an epic ancient queen who is icy yet beautiful and a little girl who is brave and true. Gertie is a little girl in the woods, all alone, and she sings to make herself brave.It makes sense for them to sing their own songs rather than have a musical interlude that informs the story, as we did with Brother Wolf.  In Brother Wolf the cast sings very little — only where humans would sing in their world, which, in that show, is church, or a parent singing a lullaby. Still, [Snow Queen] is not much like musical theatre as we know it these days. The flowers sing because they are magic yodeling flowers, and that is funny, not because it’s time for a big [character] number.

Are you a Greensboro native? 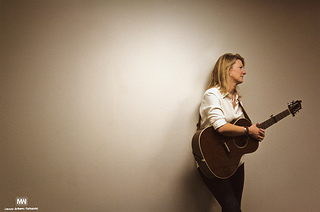 Laurelyn Dossett: I live in Greensboro. I have been in North Carolina for 25 years. I was born in Alabama, but we lived in Minnesota, Texas, Maryland and landed in Pennsylvania for high school and college.  I have lived most of my adult life in North Carolina.

What was your earliest connection to bluegrass and folk music?

Laurelun Dossett: I was first exposed to bluegrass in college at Penn State. Then moved to East Tennessee, and later North Carolina, where I fell in love with Appalachian old-time music. [My] influences are pretty broad: Alice Gerrard, Dock Boggs, Riley Baugus, Gillian Welch, Emmylou Harris.  Anais Mitchell’s “Hadestown”  is a current favorite.