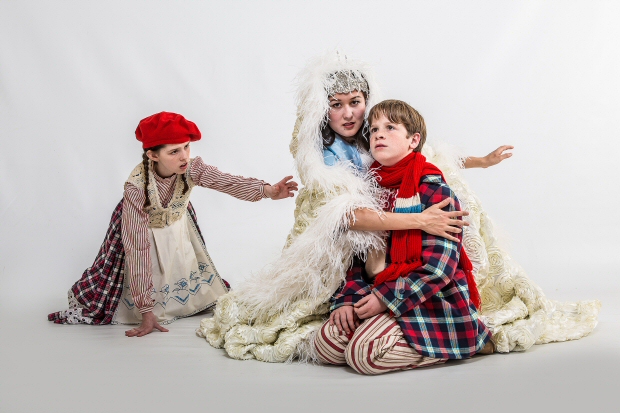 Autumn Routt is Gertie, Emily Gardner Hall is The Snow Queen and Nick Saunders is Cade in the Triad Stage world premiere of “Snow Queen,” billed as an “Appalachian adventure.”

With this “Appalachian adventure,” as the work is billed, Lane and Dossett continue building a catalog of music-kissed stage works that draw on rich storytelling and cultural traditions of the greater Appalachian region — the spine of mountains that curves down the U.S. east coast and includes western North Carolina, parts of Tennessee, Virginia, West Virginia and beyond. Lane and Dossett previously collaborated on Brother Wolf, Beautiful Star, Bloody Blackbeard and Providence Gap. Opening night is Dec. 6, following previews. 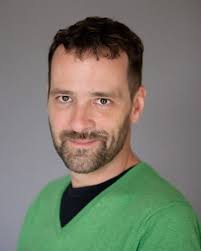 Here’s how Triad bills Snow Queen: “When a young boy disappears on a winter’s day in the heart of Appalachia, his best friend sets out to bring him home. So begins a journey through snow and ice, leaving the everyday world behind, as a magical wintertime path leads deeper into a frozen kingdom. Inspired by the classic Hans Christian Andersen fairy tale, this world premiere adventure for audiences of all ages transports the story to the highest peaks of the Blue Ridge. Snow Queen weaves music, magic and make believe to celebrate the courage of a brave young girl.”

Lane said in a statement, “We explored what it is for a young girl to go off on a journey. To step into the woods and find a world of magic incorporating traditional folklore of the Appalachian region — not just the folklore of the Scottish and Irish heritage of the mountains but also Native American folklore.”

(Coincidentally, “Frozen,” Disney’s new 2013 animated musical film, is also based  on Anderson’s 1845 story “The Snow Queen.” The tale has also been adapted for the stage in versions throughout the world, including a musical retelling directed and co-written by Frank Galati in Chicago in the past decade.) 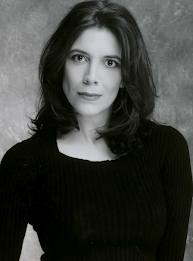 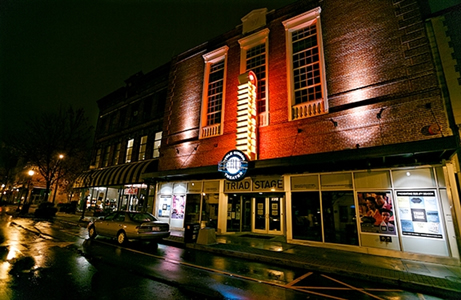 On Dec. 10, Triad Stage launches an inaugural season of discrete programming at a satellite home in Winston-Salem at the Hanesbrand Theatre. A Christmas Carol by Charles Dickens, adapted by Preston Lane, will play to Dec. 22). It will be followed by Red by John Logan (Feb.11-23, 2014); and the revival of the Lane-Dossett Triad Stage favorite, Brother Wolf, an Appalachian re-telling of Beowulf (May 6-18, 2014). Learn more about Triad’s new Winston-Salem arm.

For more information, visit the official website at triadstage.org.