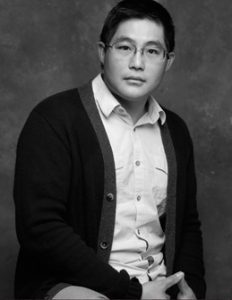 Also in the festival at the moment is the fully-produced regional premiere of Kenneth Jones’ play Alabama Story,  which began April 6 and continues to May 28. Under the direction of Kate Alexander at FST’s Gompertz Theatre, the production has been met with standing ovations at each performance. Read the rave review from the Observer chain of Florida. The play was a 2014 Finalist in the O’Neill National Playwrights Conference and was a 2016 nominee for the Steinberg/American Theatre Critics Association New Play Award following its 2015 world premiere by Pioneer Theatre Company in Uath. Alabama Story will enjoy three more regional productions in 2016. 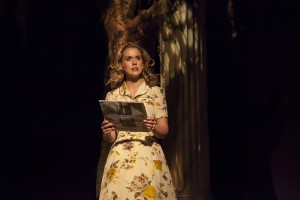 In addition to the titles in the Burdick New Play Reading Series, FST will also give a private table reading to the latest draft of Kenneth Jones’ new play Two Henrys, about a Southwest Florida widow who meets the partner of her late son after many years of silence and denial. Set somewhere between the dusk of the worst days of the AIDS crisis and the dawn of marriage equality, the humor-laced three-character drama explores Midwestern snowbirds coming to terms with their grief, prejudices and perceptions. The play was a semi-finalist in the 2015 and 2016 O’Neill National Playwrights Conference. The private May 4 reading coincides with Jones’ return to Sarasota for May 5 events related to Alabama Story: a diversity forum panel (5 PM) and a post-show talkback (10:15 PM).

The latest edition of the topical, satiric cabaret show Laughing Matters: Vol. 5 Lock the Gates! at the Court Cabaret is also part of the Festival of New Plays.

The plays in the 2016 Burdick New Play Reading Series are:

Teenage Dick: Vaguely from Richard III by Mike Lew
2 PM April 30
Directed by Jason Cannon
“Shakespeare’s Richard III gets a contemporary makeover in this dark high school comedy. Richard, an ambitious and fiercely intelligent teenager with cerebral palsy, is determined to become Class President. However, his competition is the able-bodied, handsome, and popular football jock Eddie. Through an escalating series of schemes and plots, Richard will stop at nothing to defeat his competition — but at a devastating cost.” 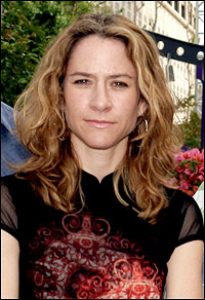 The Rescued by Julie Marie Myatt
2 PM May 7
Directed by Jason Cannon
“How do you readjust to civilian life after having been incarcerated? How does it affect you emotionally, physically, and mentally? How do you relate to your fellow kind? Playwright Julie Marie Myatt asks these challenging questions through a lively group of rescue animals. Over one day in a suburban home, these bruised, lovable, and resoundingly human group of cats and dogs pontificate the meanings of life, love, and freedom while their new owners are away.”

How to Use a Knife by Will Snider
2 PM May 14
Directed by Catherine Randazzo
“Set in a fast-paced, high-stakes kitchen, How to Use a Knife tells the story of George, a recovering alcoholic who lands a head chef job at a high-end restaurant in New York City. There, he meets Steve, a mysterious, quiet dishwasher from Africa who has a similarly broken past. When disturbing questions about Steve’s past begin to surface, both men are forced to confront their inner demons and move on with their lives.”

Here’s how FST characterizes its new works program: “Seeking to present the best new plays being written in America today, FST continues to grow their New Play Development Program each year. In theatre, the ‘process’ is spoken of with the highest regard, as the essential component of creation. The playwright has a process that is often longer and more solitary than any other theatre artist. The process of page-to-stage often takes years of rewriting and reimagining. FST recognizes the playwright’s need for process.”

FST’s associate artist Jason Cannon said in a statement: “As we are fond of saying at FST, without any new plays we won’t have any old plays. Classics require time to become classics. As a contemporary theatre, developing new work is part of the lifeblood of FST. We are constantly soliciting plays, seeking out the most exciting new work, and developing relationships with playwrights.  Most importantly we demonstrate to playwrights that they can trust us, that we are most interested in the process, in cultivating an environment in which new work is appreciated and supported. The annual Burdick Reading Series is a chance for the playwright to put the finishing polish on their work while simultaneously offering our audience a sneak peek into possible new classics.”

Each reading is followed by a talkback with the playwright where audiences provide feedback and feel included in the development process.

Mike Lew’s plays include Tiger Style! (Alliance, Atlanta; upcoming at La Jolla Playhouse and Huntington Theatre), Teenage Dick: Vaguely from Richard III (workshops at The Apothetae/Public Theater, Florida Studio Theatre, Lark and Playwrights Foundation), Bike America (Ma-Yi, NYC; Alliance, Atlanta; workshops at Juilliard, Lark, Kennedy Center and Playwrights Foundation); microcrisis (Ma-Yi, NYC; InterAct, Philly; Next Act, Milwaukee); Stockton (AracaWorks and EST workshops); People’s Park (Victory Gardens workshop); Tenure (24 Hour Plays on Broadway), In Paris You Will Find Many Baguettes… (Humana); Roanoke (Humana); and Moustache Guys. His plays are published with Samuel French and Playscripts. He is a member of the Dramatists Guild Council, a Tony voter, and is the recipient of the Lanford Wilson Award, Helen Merrill Award, a NYFA fellowship, the Kendeda and AracaWorks Grad Playwriting Awards, Heideman Award, Pacific/Rim Prize, and is a Samuel French Festival Winner. He is co-director of Ma-Yi Writers Lab, the largest collective of Asian-American playwrights in the country, and serves on the Members’ Council of Ensemble Studio Theater. He is also a former staff writer for Blue Man Group, Bon Appetit, and PBS Kids’ PEG+CAT, and an alumnus of Youngblood and TCG Young Leaders of Color. He is married to fellow playwright Rehana Lew Mirza, who he met in Ma-Yi Lab. Training: Juilliard (2013), Yale (2003).

Julie Marie Myatt’s play The Happy Ones premiered at South Coast Repertory, and won the LA Drama Critic Circle’s Ted Schmitt Award for Outstanding New Play.  Her play Welcome Home, Jenny Sutter premiered at Oregon Shakespeare Festival and the Kennedy Center as part of the Kennedy Center Fund for New American Plays.  Her play Someday premiered as part of Cornerstone Theater’s Justice Cycle. Her play My Wandering Boy premiered at South Coast Repertory in the 2007, was part of Pacific Playwrights Festival, and was also produced in New York as part of the 2007 Summer Play Festival.  Boats On A River premiered at the Guthrie Theater, was a finalist for the Susan Smith Blackburn Prize, and was recorded for the LA Theatre works radio play series, “The Play’s The Thing.” Her ten-minute play, Mr. and Mrs. premiered at the 2007 Humana Festival. Her play The Sex Habits of American Women was produced by the Guthrie Theater, among others, and premiered at the Magic Theatre.  Her work has been developed or seen at Actors Theatre of Louisville, Seattle Rep, Cherry Lane, A.S.K. Theatre Projects, LAByrinth Theater Company, Denver Center Theatre Company, ACT Seattle, among others.  She received a Walt Disney Studios Screenwriting Fellowship, a Jerome Fellowship at the Playwrights’ Center, a McKnight Advancement Grant, Mark Taper Forum Fadiman Award, and a Master Playwright Residency — Michener Center for Writers and Department of Theatre and Dance, UT/Austin.  She is currently working on commissions for Yale Repertory, and Cornerstone Theatre Company. She is an Alumni of New Dramatists, was the Mellon Playwright in Residence at South Coast Repertory 2013-2016, and teaches playwriting at Northwestern University. 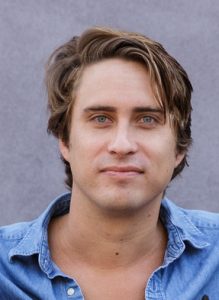 Will Snider was born and raised in the suburbs of Washington, DC. His plays include How to Use a Knife (upcoming Rolling World Premiere with NNPN), Extinction, Strange Men (2016 KCACTF Paula Vogel Award in Playwriting), and Death of a Driver and have been produced or developed at MCC, Ensemble Studio Theatre, NNPN/Kennedy Center, SPACE on Ryder Farm, Great Plains Theatre Conference, #serials@theflea, FringeNYC, the claque, and MAKEHOUSE. He is a member of the Obie-winning playwright group EST/Youngblood and spent three years working in agricultural development in East Africa. He is pursuing an MFA at UCSD under Naomi Iizuka. BA: Columbia.

FST bills its Sarasota Festival of New Plays as a program “to provide a forum for playwrights of all ages to develop plays that can be fruitfully produced. From our Young Playwrights to our emerging adult playwrights and seasoned play-writing veterans, the Sarasota Festival of New Plays seeks to broaden the breadth and depth of thought in American theatre by encouraging people of all ages and all perspectives to write plays. New Play Development is the lifeblood of FST. It is a year-round activity that is fully integrated with each of the theatre’s other programs. FST’s approach to new play development focuses on the continued life of the work.  Aside from presenting world premieres, FST frequently provides plays with their second, third or fourth productions. Examples include 2009 selection Black Pearl Sings!, given its third production at FST, and one of the top produced plays nationally in 2010. The 2014 selection Dancing Lessons went on to rave reviews for FST. In addition, in 2010, in partnership with the National New Play Network, FST presented the rolling world premiere of Shotgun by John Biguenet.”

Known as Sarasota’s Contemporary Theatre, Florida Studio Theatre was founded in 1973 by Jon Spelman. Starting out as a small touring company, FST traveled to places such as migrant camps and prisons. The company then acquired the former Woman’s Club building, becoming the company’s first permanent venue. Shortly after producing artistic director Richard Hopkins arrived, the building was purchased and renamed The Keating Theatre.

In the years that followed, Florida Studio Theatre established itself as a major force in American theatre, presenting contemporary theatre in its five theatre venues: the Keating Theatre, the Gompertz Theatre, the Parisian style Goldstein Cabaret and John C. Court Cabaret and Bowne’s Lab Theatre.