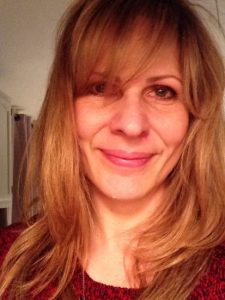 Matthew Ivan Bennett, Brooke Berman, Callie Kimball, Greg Kotis and Jeff Talbott — dramatists whose work I’ve admired and written about in the past — are among the 54 finalists of the 2016 National Playwrights Conference of the Eugene O’Neill Theater Center in Waterford, Connecticut. Their work, selected from an open-to-all submission process and adjudicated blind, was narrowed down from more than 1,400 entries received last fall.

Although not ultimately chosen for eight coveted reading slots and the related developmental work on the O’Neill campus this July, the finalist writers represent a cross-section of American playwriting excellence. Here’s the complete list of finalists, with links to bios and synopses.

The conference writers and plays that were deemed the cream of the crop, fit for public readings come summer, are: Aurin Squire’s Running On Fire; Matt Schatz’s The Burdens; Sylvia Khoury’s Against the Hillside; Tegan McLeod’s Girls in Cars Underwater; Mike Lew’s Teenage Dick; Kathryn Walat’s Small Town Values; Kate Tarker’s Laura and the Sea; and Keith Huff’s Up the Hill. Pulitzer Prize finalist Stephen Karam (The Humans, Sons of the Prophet) will join the conference as Writer in Residence. Check out the O’Neill NPC website profiling the official conference readings and writers.

Jeff Talbott was an NPC finalist in 2015 for his play A Public Education, seen in readings by Pioneer Theatre Company and TACT/The Actors Company Theatre. This year, his CIA interrogation drama Three Rules for the Dragon, was singled out. It will get a weeklong workshop by New Jersey’s Premiere Stages in June, following the company’s winter reading of it.

Here’s how Talbott bills the play: “Douglas Barnes has a job. It’s not the job his wife thinks he has. She thinks he’s a desk-bound clock-watching pencil-pushing CIA administrator, but that’s not what he does. He is the guy who gets information out of people by any means necessary. But balancing his work life and his home life is taking its toll on Doug, as one particularly hard-to-crack detainee is making it hard for him to concentrate at home or in life. Three Rules for the Dragon is an intense and probing new drama about two men locked in the eternal struggle to get information, and the marriage that hangs in the balance between them.”

Talbott (Off-Broadway’s The Submission) was a founding member of the 72nd Street Gang, a playwrights collective (of which I’m also a member) that meets in Manhattan to share pages and offer informal critiques. 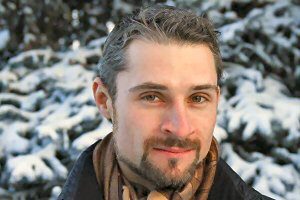 He bills the new play as “a modern, Big-Cheap-Theatre re-telling of the Brothers’ Grimm Rapunzel. Restoring its original sex and violence, it draws on the unsanitized 1812 edition of the story and updates it for a 21st-century audience. Frau Göthel the fairy is re-imagined as a right-wing presidential candidate who hires a home tutor for her daughter. But when the oddball tutor, Hettie Wiegle, tells Rapunzel about the birds and the bees — and Rapunzel meets a boy named Prince who’s escaped from a wilderness therapy program — things get a little…Grimm.” 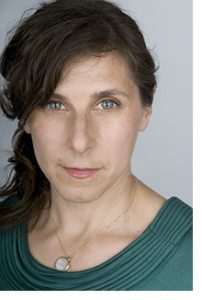 Brooke Berman, whose 1300 Lafayette East premiere I profiled in these pages in 2014, is a finalist this year for Hurricane. She bills it this way: “Former Riot Grrl punk rocker Rose has had a baby and lost her mind. Previously defined by sex, drugs and rock and roll (or at least, music and adventure) Rose finds herself surrounded by the perky stay-at-home moms of the Silver Lake Moms Club and nursing not only a child but a mammoth identity crisis. Meanwhile, her husband Ethan has found his voice. Unbeknownst to Rose, he is the creator and author of a popular Daddy blog, Attachment Dad. Whereas he drifted in the past, looking for his creative outlet, he now feels powerful and alive. When Ethan confesses his secret identity to Rose, it seems like a perfect opportunity to invite her erstwhile best friend and former bandmate, wild child Jules, to visit for the weekend. Will these people finally grow up, or be torn apart trying?”

Callie Kimball got a shout out by me here in 2015 for the Maine premiere of her play Alligator Road. This year, her finalist title is Sofonisba, a three-actor historical drama which she characterizes this way: “Italian Renaissance painter Sofonisba Anguissola arrives at the Spanish Court the same time as King Philip II’s 14-year-old bride, Isabel. Sofonisba is quickly taken into the young queen’s confidence, and navigates the tricky waters of court politics as an unmarried woman.” 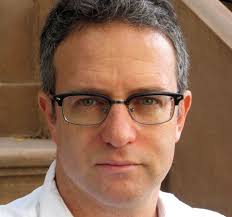 I wrote about Urinetown co-creator Greg Kotis’ All Your Questions Answered (With Songs) in 2013, when it played Geva Theatre Center. This year, he’s an O’Neill finalist for The Wayward Bunny, which is characterized this way: “When a mystery writer returns with his young son to his own childhood home, he lives through a night of terror that forces him to confront his true nature.”

The not-for-profit O’Neill Center is also kind enough to continue to post its archive of past NPC finalists, for producers fishing for additional recent plays (like, for instance, my play Alabama Story, which was a 2014 NPC finalist  and later had its world premiere by Pioneer Theatre Company and will have four professional regional productions in 2016).