A torturer’s double life, a meeting of anguished parents, a Southern coming-of-age story and a loner holed up in a ramshackle trailer are in the mix of new works to be developed in Premiere Stages’ 12th Annual Spring Readings Series in March. The professional theatre company in residence at Kean University in Union, NJ, picked scripts by playwrights Vincent Delaney, Nick Gandiello, Keelay Gipson and Jeff Talbott for the 2016 series.

Public readings with professional actors and directors will be presented March 10-13.

Here’s the reading series at a glance:

Thursday, March 10 at 7 PM
The Blameless by Nick Gandiello

“Diana Garcia is trying to wrangle her family and prepare her home to welcome Drew Davis for dinner. It isn’t easy: Drew’s son murdered Diana’s son. As the daily chaos of the Garcia home collides with Drew’s visit, they all must confront questions that may not have answers, and find love and grace in the face of loss.” 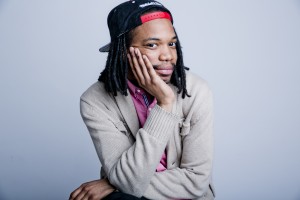 Friday, March 11 at 7 PM
What I Tell You in the Dark by Keelay Gipson

“Told in two parts, What I Tell You in the Dark is an exploration of how much one is willing to share and the consequences, unforeseen, that public self-discovery may have in the long run. In part one, told as a folktale, a pre-adolescent city boy is shipped off to his Southern relatives for the summer. He gets schooled in the way of ‘growing up Southern’ by his Auntie, his Aunt and his cousin. While there, he learns more about himself than he bargained for and his family, mainly his cousin, leave an indelible mark on him that he takes with him into adulthood. In part two, our protagonist returns to his Auntie’s house after the success of a book based on his experience during his first summer. The return to the place of his boyhood causes him to confront the memories that have become the basis of his success and the people he included in his retelling of his past.” 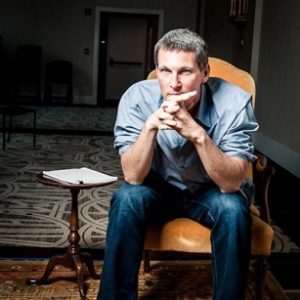 “Out in the New Mexico desert, not far from the casinos and the spaceport, Sheridan is camped out, hiding in a gutted trailer. Everyone knows he’s there, but no one knows why. Except maybe a card player named Soledad.”

Sunday, March 13 at 3 PM
Three Rules for the Dragon by Jeff Talbott

“Douglas Barnes has a job.  It’s not the job his wife thinks he has. She thinks he’s a desk-bound clock-watching pencil-pushing CIA administrator, but that’s not what he does. He is the guy who gets information out of people by any means necessary. But balancing his work life and his home life is taking its toll on Doug, as one particularly hard-to-crack detainee is making it hard for him to concentrate at home or in life. Three Rules for the Dragon is an intense and probing new drama about two men locked in the eternal struggle to get information, and the marriage that hangs in the balance between them.” 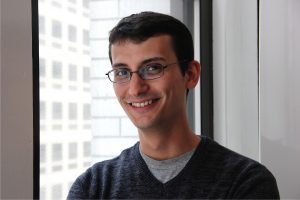 Nick Gandiello currently serves as the associate artistic director of Writopia Lab’s Worldwide Plays Festival and was named Page 73’s 2015 Playwriting Fellow; Keelay Gipson, a multi-disciplinary artist who works as an actor, filmmaker, director and award-winning playwright, is co-artistic director of The Oneness Project and a playwriting fellow with The Amoralists Theater Company’s ‘Wright Club; Vincent Delaney is a 2014 Play Festival finalist for The Ansel Intimacy, and recipient of McKnight and Bush Fellowships, Core Membership at the Playwrights Center, the Heideman, and a Jerome Commission; and Jeff Talbott’s play The Submission was the inaugural recipient of the Laurents/Hatcher Award and received the Outer Critics Circle John Gassner Award for New American Play the following year.

Plays by Talbott (A Public Education,  All the Stars in the Midnight Sky, The Gravedigger’s Lullaby) and Delaney (The Art of Bad Men) have been profiled in these pages before, when they were in NewTACTics, the new play reading series by TACT/The Actors Company Theatre. Talbott’s How to Build a City was recently presented in a public reading by Route 66 Theatre in Chicago. His work has also been developed by Pioneer Theatre Company and Crowded Outlet.

According to Premiere Stages, “The public is encouraged to actively participate in the new play development process through post-reading dialogues with the writers. Patrons are also afforded the opportunity to provide written evaluations.”

The reading weekend is part of Premiere Stages Play Festival, an annual competition for unproduced scripts that offers developmental opportunities to playwrights born or currently residing in the greater metropolitan area (New Jersey, New York, Pennsylvania, and Connecticut). Four finalist plays are selected from more than 400 submissions and are given professional readings and considered for expanded development as part of Premiere Stages’ 2016 Season. One of the four plays will be selected for an Actors’ Equity Association (AEA) staged reading in June, and the most promising play will be awarded a fully produced AEA production in September. All of the finalists also receive cash awards ranging from $500 to $2,000.

Admission and parking for the Spring Reading Series is free. Seating is limited, reservations are highly recommended. Contact the Kean Stage box office at (908) 737-SHOW (7469) or email ticket@kean.edu to reserve. For more information, visit www.kean.edu/premierestages.