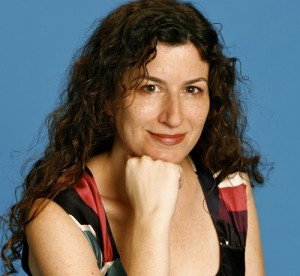 Pioneer Theatre Company’s fifth season of Play-by-Play, the series of new play readings mixing playwrights with resident and visiting guest actors and directors, begins Oct. 6-7 with a staged reading of Wendy Weiner’s Hollywood-set comedy Perpetual Girl. Plays by Alex Lewin and Ellen Simon are on the Play-by-Play schedule later this season in February and April 2018, respectively.

Play-by-Play provides developmental rehearsals for a new script, with the playwright working alongside a professional director and cast for a week-long residency on the campus of the University of Utah. Three public readings are presented to theatergoers at a modest cost — a top price of $10. Staged readings are presented 7:30 PM Fridays and 2 and 7:30 PM Saturdays in Dumke Auditorium at the Utah Museum of Fine on the University of Utah campus. Get more information here.

Play-by-Play was launched by artistic director Karen Azenberg in 2014. That year, Kenneth Jones’ Alabama Story enjoyed a reading prior to a Pioneer mainstage run in 2015. By spring 2018, Alabama Story will have been produced in 17 cities around the country since its bow in Utah.

Jeff’s Talbott’s new play i, getting its world premiere on PTC’s mainstage in February 2018, was first developed in Play-by-Play in 2017. The Ice Front, by local playwright Eric Samuelsen, was read in spring 2017. It will get its world premiere at Salt Lake City’s Plan-B Theatre in November.

Perpetual Girl is billed as “a charming and thought-provoking play, a modern fairy tale about the most taboo thing a woman can do in Hollywood: age.” Julie Kramer, who directed the first reading of Perpetual Girl, directs. Her previous PTC directing credits include Outside Mullingar on the main stage and the Play-by-Play new play reading of Slow Food.

“As an actress and a television writer, I’ve seen the troubles faced by women in Hollywood first-hand,” playwright Weiner said in PTC notes. “Though some of the things I’ve seen in L.A. are pretty outrageous, they’re just a magnified version of the sexism and ageism all women in this country face. I wanted to explore that — but in a fun, funny way. So, this play combines the classic elements of a fairy tale with the realities of today’ women — and also has Hollywood glamour and romance thrown in.”

Wendy Weiner is a playwright and TV writer. Her play about Hillary Clinton, Hillary: A Modern Greek Tragedy with a (Somewhat) Happy Ending, received its premiere in New York City by New Georges theater company. Her four solo shows, all directed by and developed with Julie Kramer, have been presented at venues in New York and San Francisco. Her writing for TV includes her original TV pilot “The Joys of Sex,” which is currently optioned by AwesomenessTV. She has also sold a TV pilot, “AKA,” to ABC Family and written TV movies for ABC Family and Disney. She has been an artist-in-residence at the Djerassi Resident Artists Program and Virginia Center for the Creative Arts. She received her MFA in dramatic writing from NYU.

The Envelope by Alex Lewin (February 2-3, 2018): “In this fast-paced political thriller, a young blogger — the prodigal son of a powerful D.C. family — receives a trove of classified documents from an anonymous source. But his quest to authenticate the documents will force him to investigate the dark history of his own family.”

Lewin’s plays have been produced and developed at theatres all over the country, including the La Jolla Playhouse, the O’Neill National Playwrights Conference, New York Theatre Workshop, the Alliance Theatre, the New Harmony Project, the Playwrights Realm, Center Theatre Group and the Playwrights Center in Minneapolis, where he was a Jerome Fellow in 2012-2013. Lewin holds an MFA in playwriting from the University of California at San Diego. He lives in Los Angeles.

ASS by Ellen Simon (April 20-21, 2018): “Is genius a good enough excuse for bad behavior? When a brilliant sculptor in failing health is forced to deal with his son and his ninth wife, he confronts his own mortality and the claims of family versus art in this witty and engaging look at a family behaving badly.”

Simon wrote the screenplays for “One Fine Day,” “How to Lose a Guy in Ten Days” and “Moonlight and Valentino.” Her stage plays have been performed at the Duke Broadway Preview Series, Stages Repertory in Houston and the Pasadena Playhouse. She also wrote for the television series, “thirtysomething,” and made a sitcom pilot for NBC back in the day. Simon has two adult children and a grandson, and lives in Santa Barbara with a bunch of little rescue poodles.