The Noteworthy Life of Howard Barnes, with music by Michael Kooman an book and lyrics by Christopher Dimond, will be directed by HRTC producing artistic director Kevin Moore for presentations Aug. 2-3.

Here’s how the musical is billed: “Howard Barnes is a perfectly average man in his early thirties, until the day that he wakes up to discover that his life has become a musical. Desperate to escape from the show, Howard embarks on a fantastical quest through the realm of musical theatre. Equal parts satire, romantic comedy and love letter to the American musical, The Noteworthy Life of Howard Barnes is intended for people who love musical theatre, and their spouses who hate it.” 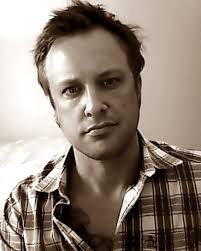 Guarding Gold Street, with music and lyrics by Sean Michael Flowers and book by Flowers and Marya Spring Cordes, will be seen Aug. 3-4.

According to Human Race notes, “When two sisters return to their childhood home to take care of their aging mother, their long-held silence is forced to be broken. Navigating life’s changes together, their very different lives — and life choices — are pulled into focus. Told through the eyes of three generations, and inspired by actual letters written by American women, Guarding Gold Street is an original musical about an American family growing up, growing old, and growing together.”

(I know the gifts of Flowers and Cordes first-hand: both worked on Voice of the City — he was our musical director/pianist and she was an actress in the company. Read more about Voice of the City in this earlier blogpost, or visit VoiceoftheCity.com.)

The Human Race’s Musical Theatre Workshops program “is designed to develop original musicals, to provide an avenue for that very important ‘second production’ and to encourage appreciation of rarely produced musicals. Dedicated to the development of new musicals, The Human Race not only contributes to the art form, but builds an audience for shows through a process of residencies, workshops and staged readings.”

Script-in-hand presentations are at Human Race’s Loft Theatre in Dayton, OH, following a week of rehearsal for each title. Writers get a valuable opportunity to hone their work with artists in rehearsal and get audience feedback.

This is the sixth annual Festival of New Musicals there. Tickets are $15 and $20. Learn more here.

The 2013 HRTC Festival of New Musicals is sponsored by the Jesse and Caryl Philips Foundation Fund for the Development of New Works, The Producers’ Circle and a grant from the National Alliance for Musical Theatre’s National Fund for New Musicals.