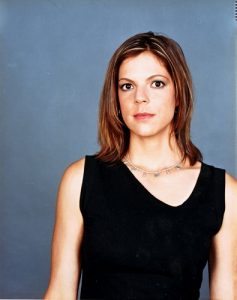 Mr. Bigger’s Baby, Kate Robin’s serious comedy about the life of a family seen in the context of an ailing patriarch, gets two public reading presentations in Manhattan June 29-30 as the final title in the 2016 NewTACTics New Play Festival from Off-Broadway’s TACT/The Actors Company Theatre.

“This play was born out of necessity,” Robin told me. “When my father was dying, it was such a surreal and emotionally overwhelming experience for me that the only way I could get through it was to be writing the play about it in my head while it was happening. It was the first time that I realized to what extent writing is a coping mechanism for me.”

Here’s how TACT bills the play, from the author of Off-Broadway’s Anon, Intrigue With Faye, The Light Outside and Inside Play: “The Cohen family tell each other jokes, rehash past history, and desperately try to stay intact as their elderly father struggles for his life amid the baffling bureaucracy of a modern hospital. Will he survive? Will his family? Mr. Bigger’s Baby is a hilariously harrowing and very human look at how we cope with mortality…and our closest relatives.” 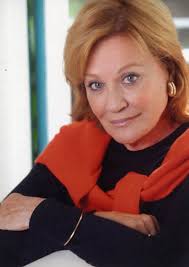 Robin explained, “The play is, of course, not in any way an exact rendering of the events at that time. My real parents have/had four kids, not three, for one thing, and of course the whole journey of my father’s final months was far more protracted and fragmented and involved many more and different elements than those I’ve chosen to dramatize. But when members of my own family were behaving in ways that were insane, hilarious and horrible, I needed my inner dramatist to process it all for me.”

The writing process, she said, “reminded me of a quality of my childhood psyche which involved hearing a third person voice narrating the events of my life while I was living them. This may also be a symptom of mental illness but it’s the way I stayed sane or what I think was sane anyway, throughout an emotionally turbulent upbringing.” 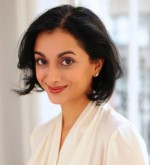 The other titles of the June 2016 NewTACTics festival were my new play Hollywood, Nebraska; Jeff Talbott’s How to Build a City; and Jeff Keilholtz’s Bad Fiction. 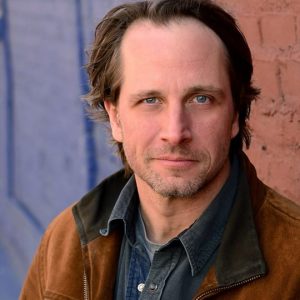 Readings of Mr. Bigger’s Baby are 7 PM June 29-30 at the TACT Studio, 900 Broadway at 20th Street, Ninth Floor. Seating is limited, reservations are encouraged. Doors open at 6:30 PM. A talkback follows each presentation.

Kate Robin shared a little more about her work, answering a few questions on the fly between rehearsals.

Is Mr. Bigger’s Baby a comedy? A dark comedy? A serious comedy? How would you bill it?

Kate Robin: All of my plays are tragicomic, or comeditragic, though that’s not a word, because I perceive life to be extremely funny and extremely sad at the same time all the time. I’m working right now on a show for Amazon (writing/showrunning “One Mississippi,” created by and starring Tig Notaro) and one of the executives at Amazon called it a traumedy which is a descriptive word I love and think applies to most of what I write. 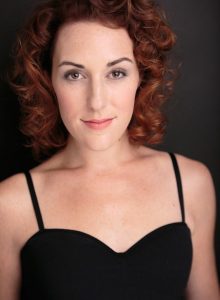 Have you heard the play before, out loud, or is TACT the first listen? What are your goals this week? Are you rewriting?

Kate Robin: The play was a commission for South Coast Rep and they did a cold reading there. Later, there was also a reading at Atlantic Theater Company. Readings and workshops always inspire changes for me, as do rehearsal processes, to varying degrees. I think the main goal of this workshop of TACT is to find and eliminate from the play anything that doesn’t have to be there.

How does this play differ from (or how is it different than) your past plays or teleplays?

Kate Robin: Every project is different and is an expression of different emotional questions for me. This play relates most closely to I See You (produced at The Flea last fall) in that both grapple, in very different ways, with the question “How do we go on living when the world as we know it is dying?” It’s hard for me to fathom a different question at this moment in human history, and may be the theme of all my future plays in one way or another. 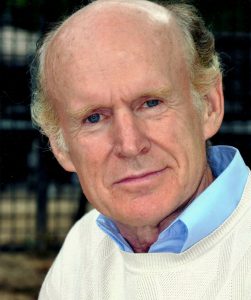 Kate Robin is an award-winning playwright and TV writer. Theatre productions include Anon, Inside Play (Atlantic Theater Co.), What They Have (South Coast Rep.), Intrigue With Faye (MCC), I See You, The Light Outside (The Flea), Swimming In March (The Market Theater, winner IRNE Best Play of 2001 award), Bride Stripped Bare (ThreadWaxing Space), Given Away (The Playwright’s Collective). Her plays have been commissioned and developed by SCR, MTC, Playwrights Horizons, New York Theater Workshop, The Atlantic Theater Co., The Eugene O’Neill National Playwrights Conference, JAW/West at Portland Stage, and EST.  Television/film work includes “The Affair” (Showtime, writer/co-executive producer), “Six Feet Under” (HBO, writer/supervising producer) and “Coming Soon.” Robin was a Princess Grace Fellow, received the 2003 Princess Grace Statuette for playwriting, and is an alumna of New Dramatists. She is currently showrunning “One Mississippi,” Tig Notaro’s new show on Amazon.