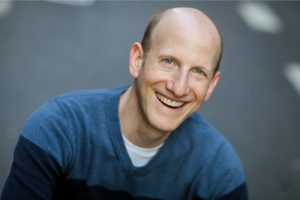 The Human Race Theatre Company in Dayton, Ohio, is combining its separate programs devoted the development of new plays and musicals into one annual Festival of New Works, bowing for the first time Aug. 7-8. It will give wing to five titles — three plays and two musicals — by resident, national and international writers. Full readings of two titles will be heard, with three titles being sampled in edited versions — billed as Snapshots — that run about 30 minutes each.

The 2015 Festival of New Works full readings are Have You Ever Played, Dayton?, a play by Robb Willoughby, and Mann…and Wife, a musical by composer-lyricist Douglas J. Cohen and librettist Dan Elish, based on Elish’s novel “Nine Wives.” 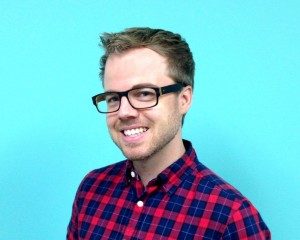 The three 30-minute Snapshots readings presenting in a matinee grouping are Karen Righter‘s play The Day After Epiphany; Central Park Tango, a musical by composer/co-lyricist Nicky Phillips and librettist/co-lyricist Robert Gontier, and resident artist Scott Stoney‘s adaptation of Some Self-Evident Truths, a play based on the journals of Lucille Wheat and Lois Davies. The Snapshots event is sold out.

Talkbacks with the creative teams will follow the readings.

This first Festival of New Works “combines the efforts of The Race’s Musical Theatre Workshops and its Marsha Hanna New Plays Workshops into a unified program” that is “a better use of our resources and personnel,” Human Race president and artistic director Kevin Moore said in production notes. “Plus, it creates a greater, more diverse experience for our audiences.”

“Each script comes to us in a different stage of the development process,” Moore said. “One of the first things I asked the writers is, ‘What do you need?’ and we proceed from there.” Moore’s questioning of the dramatists led to the development of a variety of presentation styles — “snapshot”-style highlights, table reading and the fully staged reading. “Some scripts may benefit more from just a table reading at this point. We strive to be flexible.” 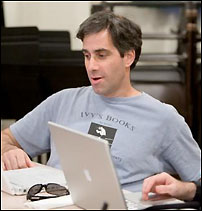 The song “It’s Only a First Date” from the musical Nine Wives (Mann…and Wife’s earlier title) was an audience favorite at the 2014 HRTC Songwriter Showcase, prompting Moore to include the full script in this year’s festival prior to its further development at Lyric Theatre of Oklahoma in 2016. Cohen and Elish will be in residence for two weeks to work on the script and songs with director Michael Baron, music dirctor Scot Woolley and the cast before the HRTC festival presentation. (The Canadian songwriting team of Phillips & Gontier are also currently in Dayton for the development of their show. Authors of the other works are Ohioans.)

Readings will be held in the 60-seat Caryl D. Philips Creativity Center of The Human Race and the 212-seat Loft Theatre in downtown Dayton.

The major Equity resident theatre in Dayton, Human Race produced a reading of my musical Voice of the City in 2006. It is committed to classic, contemporary and new work, using resident and national artists. Learn more about festival tickets and the upcoming season at www.humanracetheatre.org. 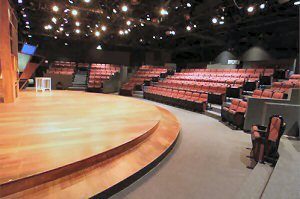 HUMAN RACE 2015 FESTIVAL OF NEW WORKS AT A GLANCE

Have You Ever Played, Dayton?
Friday, Aug. 7 at 7 PM, The Caryl D. Philips Creativity Center

“Yellow Springs resident Robb Willoughby’s play follows three Broadway has-beens who, after having been tricked by a scheming agent, head out-of-town to resurrect their careers and turn possibly the worst play ever written into a hit…despite themselves. Dayton? is presented as a full-length table reading directed by Kevin Moore with a seven-member cast featuring resident artists Patricia Linhart, Michael Kenwood Lippert and Scott Stoney, with Saul Caplan, Jackie Darnell, Mathys Herbert and Kate Young.”

“From Douglas J. Cohen (No Way to Treat a Lady) and Dan Elish (13) comes this new musical based on Elish’s novel, ‘Nine Wives,’ about one man’s struggle to find love, happiness and the perfect date for his ex-fiancée’s wedding. Michael Baron, artistic director of Lyric Theatre of Oklahoma, helms this staged reading with musical director Scot Woolley and cast members Jamie Cordes, Scott Hunt and Annie Kalahurka.” 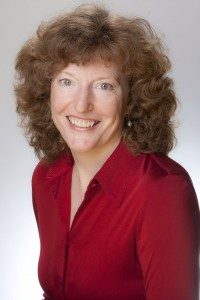 The following 30-minute cuttings of new works, under the banner of Snapshots, will be grouped together and presented Saturday, Aug. 8 starting at 2 PM in The Caryl D. Philips Creativity Center. The bill is sold out.

The Day After Epiphany

“Dayton playwright Karen Righter’s play takes place in 754 AD as Pope Stephen II crosses the Alps on January 6 to convince King Pepin to take up arms to save Rome. But Pepin has his own problems with a marriage on the rocks and a rebellious daughter in this fictional telling of an actual historic encounter. The reading features Jared Joplin, Scott Stoney and Kate Young.” 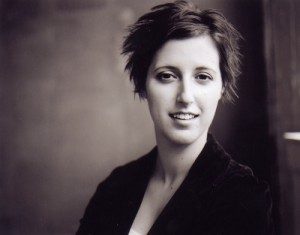 “It’s a penguin musical about the modern day family by the Canadian writing team of Nicky Phillips and Robert Gontier, inspired by the real life story of Roy and Silo, two male chinstrap penguins who drew worldwide attention when they became mates at the Central Park Zoo. Prior to the festival, Phillips and Gontier join The Human Race for a 10-day residency where they will rework previous versions of the Central Park Tango script under the guidance of director Kevin Moore and musical director Sean Michael Flowers and the support of a cast of actors which includes resident artists Katie Pees and Scott Stoney, and Jackie Darnell, Rebecca MacDougall, Jacob McGlaun and Ray Zupp. Moore will then select material to present to festival audiences.” 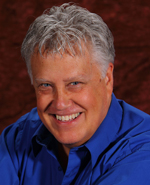 “Scott Stoney adapts and directs a new script based on the personal journals of Lucille Wheat and Lois Davies, two Troy, Ohio women — one white, one black — written from 1946 to 1951. This play chronicles their lives, their friendship and a community’s awakening to racial equality with performances by Terrilynn Meece, Stoney and Torie Wiggins.”

The 2015 Festival of New Works is sponsored by the Jesse & Caryl Philips Foundation Fund for the Development of New Works and The Producers’ Circle.

The Human Race Theatre Company was founded in 1986 and moved into the Metropolitan Arts Center in 1991, taking up residence at the 212-seat Loft Theatre. In addition to the Eichelberger Loft Season, The Human Race produces for the Victoria Theatre’s Broadway Series, a summer Festival of New Works, and special event programming.