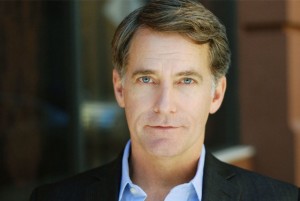 James Lloyd Reynolds will play Henry in a reading of “Two Henrys” Feb. 10 in Westchester County.

The resident Equity theatre that embraces contemporary plays and develops new works in Westchester County, NY, will explore the latest revision of a script first presented in Pioneer Theatre Company’s Play-by-Play reading series in Salt Lake City and later in a developmental run by the Co-Op of Pacific Resident Theatre in California, where the play was streamlined from two acts to the current intermissionless 100 minutes. The Hudson Stage Company script includes further amendments that the playwright will hear for the first time. 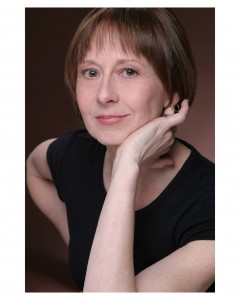 Here’s how Hudson Stage Company bills the play: “In the dead of winter, Henry flies from New York to Florida to offer condolences at the funeral of a father figure he never knew. But as the booze flows at the wake, are the surviving widow and her grown daughter ready to raise a glass to the unexpected guest? Set in 2012, somewhere between the dusk of the worst days of the AIDS crisis and the dawn of marriage equality, Two Henrys is a humor-laced drama about guilt and grief, perceptions and prejudices and the urge to find family.”

The presentation will be 7:30 PM Friday Feb. 10 at Hudson Stage Company’s home at Whippoorwill Theatre, North Castle Public Library, Kent Place, Armonk, NY. A $10 donation is suggested at the door. No reservations are necessary. For more information, call the HSC hotline at (914) 271-2811 or visit hudsonstage.com. 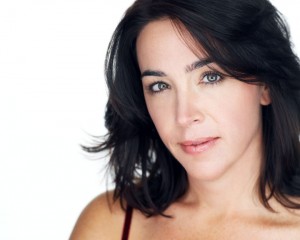 The playwright further explains Two Henrys this way: “Constance has just lost her husband, Mike, after 60 years of marriage. But his sudden death isn’t the only grief inside her as she prepares for his wake at the southwest Florida home that they shared. The sting of losing her son, Henry, to HIV/AIDS 15 years earlier is aroused again with the arrival of a stranger at her home: Henry’s partner, also named Henry, has come to express his condolences — and to make a connection with the mother-in-law he never knew, in a place where he was not previously welcomed. Constance’s daughter, Amy, emboldened by alcohol and threatened by Henry’s appearance, shares memories of her brother but also questions the motives of the outsider, even as she hides a secret about her own family. Henry’s audacious visit is met with an equally audacious invitation. Constance, a drinker herself, asks him to stay the night in the guest room — Henry’s old room — setting the stage for an overdue confrontation about the late Henry’s life and death, the surviving Henry’s guilt and goals, and the staunchly conservative family’s role in the decline of their golden child.  Set in 2012, somewhere between the darkest days of the AIDS epidemic and the light of marriage equality, the play’s poolside conversations — dark, funny, humane, honest, touching — address prejudices and perceptions, mirroring coming-out exchanges that still go on today. But following the decades-long delay of addressing the realities of their family tree, is hope still possible for a mother who needs a son, a son who needs a mother and a sister who seems to only need a drink?” (Request a perusal copy here.)

Susan Pellegrino (Constance) is remembered for HSC’s You Will Remember Me and Outside Mullingar as well as many regional and New York City productions, including work at ACT, Repertory Theatre of St. Louis and other companies, and The Hummingbird’s Tour and Roundabout’s The Master Builder Off-Broadway. Pellegrino first performed the role of Constance in the Pioneer reading of the play in February 2016.

Finnerty Steeves (Amy) appeared in Off-Broadway’s Dot (Vineyard), Almost, Maine (DR2) and the recent TACT revival of Lost in Yonkers, and at regional theatres including ACT, Barrington Stage, Milwaukee Rep, Guthrie Theatre and more. She just completed shooting “Before/During/After,” an independent film that she wrote and starred in.

James Lloyd Reynolds (Henry) appeared as Georges in La Cage aux Folles, Julian Marsh in 42nd Street and Burnside in Mame, all for Goodspeed Opera House. His select credits include Atticus Finch in To Kill a Mockingbird at Weston Playhouse; Captain Keller in The Miracle Worker at Syracuse Stage; Alceste in The Misanthrope at New Conservatory Theatre. 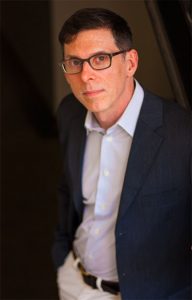 A “humor-laced drama about familial silence, implacable grief, Midwestern temperaments and clashing perceptions and prejudices,” Two Henrys was a semi-finalist in the 2015 and 2016 National Playwrights Conference of the Eugene O’Neill Theatre Festival.  The play also had private table readings by Florida Studio Theatre  and TACT/The Actors Company Theatre.

Jones is the author of Alabama Story, a 2016 nominee for the Steinberg/American Theatre Critics Association New Play Award, seen in five regional productions in 2016 since its 2015 premiere. (Ask for a perusal copy here.)  At least three regional productions of the fact-inspired six-actor, set in “the Deep South of the imagination,” play will surface in 2017-18. His new serious comedy, Hollywood, Nebraska, was seen in a June 2016 reading by Off-Broadway’s TACT and will get further regional development to be announced in 2017.

Kenneth Jones is a New York City-based playwright, librettist and lyricist. His play Alabama Story was a 2014 Finalist in the Eugene O’Neill Theater Center’s National Playwrights Conference and a 2016 nominee for the Steinberg/American Theatre Critics Association New Play Award. It had its world premiere by Pioneer Theatre Company in Salt Lake City in 2015, and in 2016 enjoyed five productions around the nation. His play Two Henrys, a Semi-Finalist in the 2015 and 2016 O’Neill NPC, was seen in Pioneer’s 2016 Play-By-Play series and had a fall 2016 workshop production by the Co-Op of Pacific Resident Theatre in Venice, CA. His serious comedy Hollywood, Nebraska was seen in TACT/The Actors Company Theatre’s 2016 NewTACTics New Play Festival. With Karen Azenberg, he co-conceived Pioneer’s 2015 holiday musical It Happened One Christmas. His darkly comic Christmas revue Naughty/Nice (with composer Gerald Stockstill) is published by stagerights.com. His musical Voice of the City (with composer Elaine Chelton) was developed by York Theatre Company and Human Race Theatre Company. His plays have been produced by Florida Studio Theatre, Peninsula Players Theatre, Wellfleet Harbor Actors Theatre and beyond. He is a member of the Dramatists Guild, BMI and The 72nd Street Gang Playwrights Collective. He writes about his own work and advocates for other theatre makers at ByKennethJones.com.

Founded in 1999 by its three producers Denise Bessette, Dan Foster and Olivia Sklar, Hudson Stage Company is the professional company in-residence at The North Castle Public Library in Armonk, NY.

Operating as a 501(c)(3) professional non-profit since its inception, HSC originally started doing staged readings of new works at the Croton Free Library. Its first performance venue was The Julie Harris Theatre at the Clearview School also located in Briarcliff Manor where the company’s first few productions were staged. From 2005 through early 2014 the company was hosted by Pace University in the more intimate Woodward Hall Theatre. As of July 2014 HSC is in residence at the Whippoorwill Hall Theatre of the North Castle Public Library in Armonk, NY. As a flagship professional theatre in Westchester County, NY, Hudson Stage “is dedicated to collaborating with top-flight actors, writers, directors and designers pooled from our area as well as NYC. The company presents a combination of world premieres and contemporary plays — with mainstage productions and several staged readings of new works presented throughout the year. One of the reading slots is dedicated to the educational outreach at local high schools. It showcases an evening of original works written and performed by the students.”