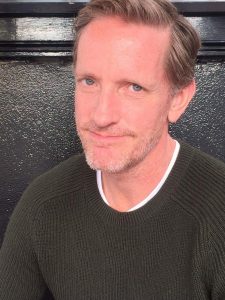 The Co-Op of Pacific Resident Theatre in Venice, CA, is presenting a workshop run of Kenneth Jones’ family dramedy Two Henrys Oct. 27-Nov. 13. Ann Bronston directs a cast featuring Lesley Fera, Suzanne Ford and Ned Mochel. The play is “set somewhere between the dusk of the worst days of the AIDS crisis and the dawn of marriage equality.” This presentation represents revisions since it was read in Pioneer Theatre Company’s Play-By-Play Series in Utah in early 2016.

Here’s how the PRT Co-Op bills the play: “A funeral, an unexpected guest, long-held secrets, and too much booze. Two Henrys reveals the human heart with humor and compassion as three disparate people wrestle with guilt and blame to find their way forward.”

The “humor-laced drama about familial silence, implacable grief, Midwestern temperaments and clashing perceptions and prejudices” was a 2015/2016 semi-finalist in the National Playwrights Conference of the Eugene O’Neill Theatre Festival. Read about its first developmental staging directed by Karen Azenberg for Pioneer Theatre Company in February 2016.  The play also had private table readings by Florida Studio Theatre and TACT/The Actors Company Theatre. 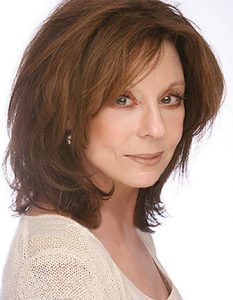 Jones is the author of Alabama Story, a 2016 nominee for the Steinberg/American Theatre Critics Association New Play Award, which has been seen around the country since its premiere in 2016. His new play Hollywood, Nebraska, was seen in a June 2016 reading by Off-Broadway’s TACT.

The PRT Co-Op — which allows members an opportunity to explore material of their choice in an intimate environment — is one of the programs of Pacific Resident Theatre, the respected Equity-affiliated company that also produces Mainstage productions such as the current acclaimed run of Tennessee Williams’ The Eccentricities of a Nightingale. Marilyn Fox is artistic director of PRT.

Los Angeles actress and PRT member Lesley Fera (TV’s “Pretty Little Liars”) appeared in the role of Amy in the winter 2016 reading of Two Henrys in Salt Lake City and brought the script to her fellow PRT members. The playwright has revised the script for this off-book developmental PRT Co-Op staging, presented in an intimate 30-seat venue and not open to press. 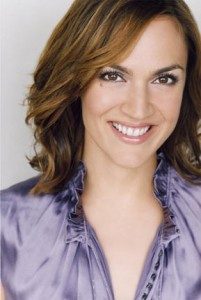 In Two Henrys, the death of Constance’s husband, Mike, after 60 years of marriage prompts a visit from Henry (played by Ned Mochel), the former partner of Constance’s late son — also named Henry. The unusual reunion, in a southwest Florida home where Henry was never welcome before, includes Constance’s salty daughter, Amy (played by Lesley Fera). In the funny, bittersweet, bruising drama-comedy, Constance (played by Suzanne Ford), Henry and Amy struggle to understand their shared culpability in past dysfunction, grasping for a sense of family. 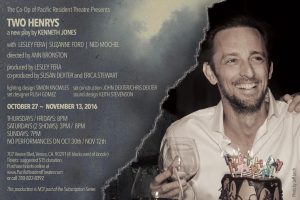 Director Ann Bronston has had recurring roles on the television shows “Paper Chase” and “Love Sidney” and guest starred on “St. Elsewhere,” “Second Noah,” “Fantasy Island,” “Burden of Proof” and made for TV movies. Her film credits include “Going Berserk” and “The Scream.” Her stage credits include playing Marie in Wallace Shawn’s Marie and Bruce, Gabrielle in Madwoman of Chaillot with Sheree North, and Judith Berg in God’s Country at the Odyssey Theatre. At Pacific Resident Theatre she appeared in Rocket to the Moon, Traveling Lady, Stanton’s Garage, Bobbie’s Big Time Adventure and more. At Coronet Theatre, she was Carter in the critically acclaimed Uncommon Women. She earned three Dramalogue awards for her stage performances. Bronston studied with Bill Esper, Larry Moss and Marilyn Fox. She has also written award winning short stories many of which have been published in literary magazines. She holds an MFA in fiction from the University of Florida.

Suzanne Ford recently appeared in the film “Manson Family Vacation” with Jay Duplass, and has guested on many TV series, most recently “Grace and Frankie.” She will appear in a comic role in the upcoming season of “It’s Always Sunny in Philadelphia.” Most at home as a stage actor, she has performed in theatres around the country. Her select New York credits include Between Twilights at Lincoln Center, Off-Broadway’s El Grande de Coca Cola and Fashion, Tornado at New Dramatists, and Soho Rep’s Rape Upon Rape, The Crimes of Vautrin and The Winter’s Tale. She has worked at Hartford Stage, Matrix Stage, Pacific Resident Theatre, Zephyr Theatre, Laguna Playhouse, Rogue Machine Theatre, Occidental Theatre Festival, La Mirada Theatre for the Performing Arts, Black Dahlia Theatre and elsewhere.

Ned Mochel has acted at Goodman Theatre, Court Theatre, Chicago Shakespeare, Remains, Organic Theatre, and many regional theatres and Shakespeare festivals. He’s also a busy fight choreographer for stage and screen. At the Geffen Playhouse he created fight/violence design for The Gift, The Jacksonian, The Elaborate Entrance of Chad Deity, Superior Donuts, Next Fall, Ruined, Fat Pig, American Buffalo, Miss Julie and The Country House. He did the fight work at PRT for King Lear and A View From the Bridge. Among many other Chicago and New York productions, he was fight choreographer for Steppenwolf’s The Song of Jacob Zulu in Chicago and on Broadway, and Lyric Opera’s production of McTeague, directed by Robert Altman. In 2009 and 2014 he was awarded L.A. Drama Theatre Critics awards for fight choreography for On an Average Day and Cops and Friends of Cops. He received a Chicago Jeff Citation for his work in the sword-fighting epic The Fair Maid of the West. He as certified by the Society of American fight Directors in 1988 and is a black belt in JKA Karate.

According to the PRT website, “The Co-op is the heart of Pacific Resident Theatre. With a current membership of over 100 Full Members, 14 Journeymen, and dozens of Associate Members, the Co-Op was formed in 1985 to allow our members to produce workshop productions of their choice. Since 1985 the Co-Op has produced over 125 shows, allowing members the chance to act, direct and produce. Since the Co-Op workshop productions are free of commercial constraints (no reviews and a budget that covers little more than the cost of the rights), members often have opportunities to take on roles which offer tremendous challenges. Co-Op members are involved in virtually every facet of the operation of PRT. Each one provides countless hours of off stage volunteer labor to help other members with their productions and carry out the work necessary for running the Mainstage Subscription Series.”