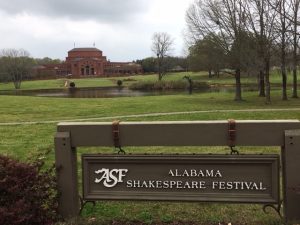 Alabama Shakespeare Festival resurrects its longtime new play development program Oct. 19-21, 2018, replacing the past name, Southern Writers Project, with Southern Writers Festival of New Plays while retaining its tradition of staged readings of new works that explore Southern identity or work by Southern writers. Playwrights, directors, actors and dramaturgs have been in residence on ASF’s campus in Montgomery this past week to investigate four new emerging scripts. Talkbacks, community interaction and Southern food are all part of the mix.

The new play initiative was on hiatus in the 2017-18 season, but now returns as what’s expected to be an annual event under the leadership of ASF’s new artistic director Rick Dildine. 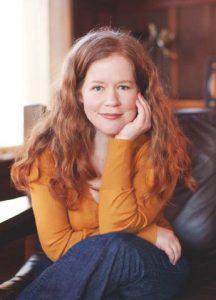 ASF’s Southern Writers Project gave my play Alabama Story its first reading in 2013.  It has since been presented more than 20 cities around the country, and will be produced by Repertory Theatre of St. Louis in January 2019.

Here’s the 2018 ASF Southern Writers Festival of New Plays, in a nutshell:

In the window of a church is a small Confederate flag. When a violent incident in the community occurs, the presence of the flag is called into question, forcing the congregation to choose between the past they elect to honor and the future they dare to envision. 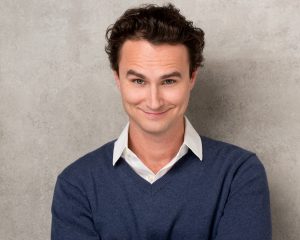 Carole’s life is just the way she likes it. Until, that is, she wakes confused and in a strange place. A Sudden Spontaneous Event is a hilarious and heartbreaking look at what happens when the life you thought you had is over in an instant. 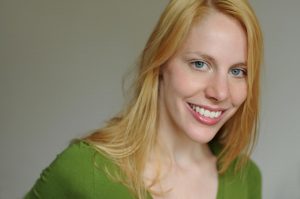 At an annual dating convention for farmers, a South Carolina army widow (who loves “Modern Family” and talks to her pygmy goats) angles for romance with an Oklahoma fundamentalist who has some weird ideas about sex.

When a runaway slave gets lost in a mysterious forest, an Absurdist drama ensues. In the Southern Breeze offers a challenging look at how our society has treated and continues to treat African American men.

ASF artistic director Rick Dildine said in a statement, “This summer, I went on a road trip with four playwrights to discover what it means to be Southern today. It was my goal to interview 100 people — we ended up speaking with more than 350 folks from communities all over the South. We’re assessing what we learned and are developing a new vision statement for the Southern Writers Festival. On Saturday, October 20, we will present some of our discoveries and debut a short film that documents our time on the road.”

Alabama Shakespeare Festival is a not-for-profit organization under the direction of artistic director Rick Dildine and executive director Todd Schmidt. Designated as The State Theatre of Alabama, ASF is a leader in education and outreach, serving more than 40,000 students annually with artistic programming. ASF is supported by grants from the Alabama State Council on the Arts and the National Endowment for the Arts.