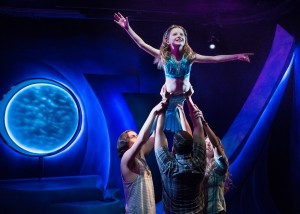 A family’s journey toward wholeness in a household that includes a mermaid-obsessed transgender child is at the heart of Everything That’s Beautiful, a new play by Elyzabeth Gregory Wilder, getting its world premiere by San Francisco’s New Conservatory Theatre Center. Performances began March 17 for a run through April 23.

NCTC founder and artistic director Ed Decker directs the play from the award-winning playwright of Gee’s Bend. Here’s how the play is billed by NCTC, which previously workshopped the title: “When Luke and Jess decide to help their eight-year-old child, Morgan, to live as a girl, they relocate in order to give the family a clean start. Shortly after settling into their new home, an accident compels Luke to finally admit the real reason they moved, a confession that could potentially destroy their family. In this timely and tender new play, change is the only constant.” 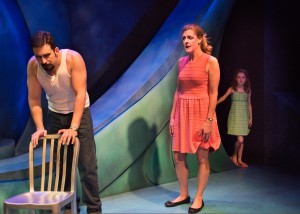 “Coming from a small town where Morgan wasn’t accepted, they relocate to New York where Morgan can receive support,” Wilder told me. “At a water park in Coney Island they meet Gaby, the girl in the mermaid tank, and Morgan, her father, and her brother all fall in love with her for different reasons. It’s really a story about reinvention.”

Opening night is March 25. Get tickets and more information here.  Wilder fielded a few more of my questions, below.

An Osborn Award recipient for her play Gee’s Bend, Wilder is also the author of White Lightning (which I profiled in an earlier piece), The Furniture of Home, The Bone Orchard, The Flag Maker of Market Street and Requiem for an August Moon. She blogs about her own creative and personal history in the context of 40 Lunches Project, charting lunch meetings an array of people. Check out her website. 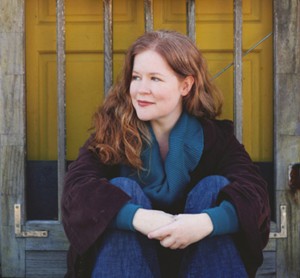 Here’s my chat with Wilder.

As I recall from reading an earlier draft, Morgan’s gender identity arouses feelings in all members of the family — except Morgan, who is just living her life as a kid. What’s the primary conflict that emerges, or is there a web of conflicts?

Elyzabeth Gregory Wilder: Each character in the play goes on a journey and each one is dealing with Morgan’s identity in a different way.  Through that process Morgan’s mother, father, and brother find ways to reinvent their own identities, sometimes in really destructive ways. It’s also a story about a family who is being held hostage by this secret and how the family responds when that secret is threatened. Each person in this family goes on a journey, but if I had to identify a main character, I would say that it is Luke, the father.  He’s the one who we really see struggle and the one who goes through the biggest change. 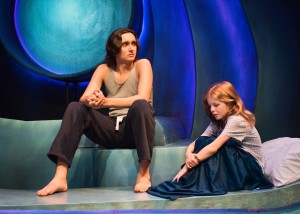 Theo (Nick Moore) tries to adjust to life after a move with his parents and sister (Mattea Fountain). (Photo by Lois Tema)

What inspired or prompted the play?

Elyzabeth Gregory Wilder: I’ve always been very aware of trans issues having grown up with a family friend who transitioned. I feel like I’ve always known that for many people gender is something that’s very fluid. As people started talking about trans issues more and more I found myself inspired by the families who were able to publicly advocate for their children, but also curious about all of the families who weren’t talking about the issue publicly. I wanted to know more about the families who were really struggling to accept their child. That was really the inspiration.

I feel that with research and sensitivity, any writer can write about a population/race/gender/religion, etc., that may not match their own background. As a writer is who not transgender, were you reluctant to explore this topic? What about your own background gives you a kind of permission to write about “the other”?

Elyzabeth Gregory Wilder: I feel like many writers write because they are trying to make sense of the world around them; at least that’s true for me. As a result, the stories I find the most compelling are often stories that force me to step out of my comfort zone and look at a subject through a new lens. I also grew up with gay parents in Alabama. I spent my whole childhood keeping secrets much like this family. I feel like the experience gives me a unique perspective on living as a part of a marginalized community. 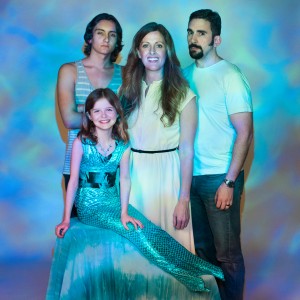 What sort of research went into Everything That’s Beautiful?

Elyzabeth Gregory Wilder: When I first tried to write this play seven years ago, there was very little written about the topic of transgender children. I found a couple of books and a handful of websites that addressed the issue.

Was there a particular obstacle that slowed the process?

Elyzabeth Gregory Wilder: When I first attempted to write this story I was trying to write it from the child’s perspective and I was never able to find my want into the story.  Then I became a parent and through that experience I saw the story in a completely different way. Suddenly, the entire journey became so clear. Yes, this is a family dealing with a transgender child, but at the heart of the story, it’s really about these two people who are trying to figure out how to parent this particular child in the best way possible. I think that’s a story that a lot of people can identify with.

From the look of the photos of this premiere production by New Conservatory Theatre, we’re not in a realistic world. It happens on a unit set that seems to echo an ocean wave or the sculptural interior of a theme-park aquarium. Was that how you envisioned it? 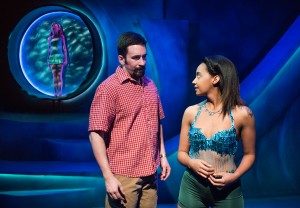 Elyzabeth Gregory Wilder: When I started writing this play I kept thinking about Jose Rivera’s advice to write at least one impossible thing in every play and not let the director talk you out of it.  So I wrote a mermaid in a mermaid tank. Then I let the director and the designer figure out how to make that happen on stage. I really tried not to become married to my own vision and trust them to come up with a solution. The director has found some incredibly inventive ways to use the space that also enhance the storytelling. The scenes themselves are very realistic, but there’s a slightly magical quality to the world they are in.

How did the play grow in the earlier NCTC workshop? What did you learn?

Elyzabeth Gregory Wilder: The NCTC has been a fearless supporter of this project. We put together a three-day workshop of the play in August 2015, which gave me an opportunity to hear the play for the first time and really track the journey of each character. One character ended up getting cut completely, while the role of the brother became richer and more present. It was an incredibly valuable experience. 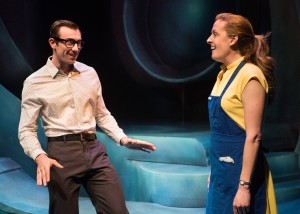 Can you share the meaning of the title without giving it away?

Elyzabeth Gregory Wilder: There’s a moment in the play where a character says, “One person’s freak is another person’s beautiful.” I think the title is very much tied into the idea that we all perceive what’s beautiful in a different way.

In spite of TV series like “Transparent” and films like “The Danish Girl,” pop culture is still fairly new to hearing stories about transgender folk.

Elyzabeth Gregory Wilder: The show is having its world premiere in San Francisco, so our audiences have been very supportive. But even in San Francisco we’ve had audience members who have commented that they came to the play not fully understanding trans issues and left feeling like they learned something. I do hope that the show will find a home in other cities where it can serve as a catalyst for continuing the conversation.

What’s coming up for you?

Elyzabeth Gregory Wilder: Right now I’m teaching playwriting and Intro to Theatre at Sewanee: The University of the South and trying to finish a new play.

The mission of New Conservatory Theatre Center is “to champion innovative, high-quality productions and educational theatre experiences for youth, artists, and the queer and allied communities to effect personal and societal growth, enlightenment and change. Our vision is that theatre is a community event and a way to build community.”