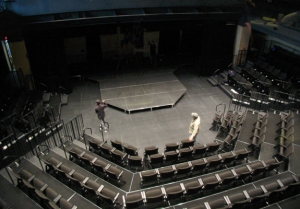 Alabama Story, the fact-inspired six-actor drama about an Indiana librarian who made international headlines when she stood up for the freedom to read in the segregated Deep South, will make its Hoosier State premiere in October 2019 in a production by Actors Theatre of Indiana in Carmel, IN, just north of Indianapolis. Kenneth Jones’ highly theatrical tale of persecuted Alabama state librarian Emily Wheelock Reed, who was raised in Culver and educated at Indiana University, will get at least eight regional productions in 2019-20.

The Indiana premiere, to play Oct. 25-Nov. 17, 2019, falls within the 60th anniversary year of the 1959 events that saw Emily Reed publicly attacked by segregationist politicians after she refused to state her views on segregation and sought to defend a children’s picture book about a white rabbit marrying a black rabbit. Jane Unger will direct. Get ticket information here.

Alabama Story, which has had more than 20 productions around the country since its 2015 premiere by Pioneer Theatre Company in Salt Lake City, is set in what the playwright calls “the Deep South of the imagination.” It is at turns a political potboiler, a romance, a memory play and a humor-laced historical drama. (Industry folk may request a free perusal copy of the script by clicking here.) 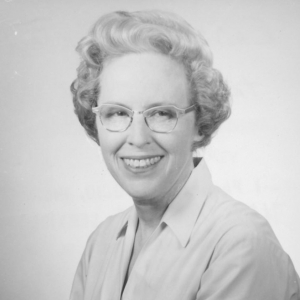 “I’m thrilled that Emily Reed is ‘coming home’ to Indiana,” Jones said. “This is where she initially built muscle as a librarian, first in Culver and later graduating with honors from Indiana University. Her Indiana roots are referenced in the play as an illustration of the great opposites that helped this story explode in the headlines: north and south, insider and outsider, male and female, liberal and conservative. More than a tale of censorship and civil rights, Alabama Story is a look at American character and how it is revealed in times of social change. Emily Reed spills over with good character, and I’m looking forward to helping introduce her as the still little-known home-state hero that she was.”

Jones first learned of Reed in 2000, when he read her obituary in The New York Times. He said he instantly knew the story of her troubled year as state librarian in Montgomery was the stuff of a play. “I view the play as a censorship drama through the lens of Civil Rights,” Jones said. “This is a play about what Dr. King called white people of good will who contributed to the cause of Civil Rights, and in this case it’s a white woman in power who is very much at risk for standing her ground.”

Offering context and complement to the censorship story, the play also explores the uneasy reunion of former childhood friends — Lily and Joshua, a white woman and black man — who meet in Montgomery in 1959 and unpack events of their shared past, giving sinew to the world of segregation and its victims, participants and healers. 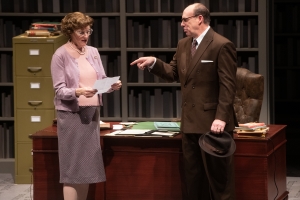 In 2018, The Washington Post called it “an Alabama Story that has national relevance,” adding, “the play feels timely, resonating with this era’s racial tensions, the ‘she persisted’ meme and continuing controversy over the Old South’s legacy. The topicality of Alabama Story infuses a theatrical moment that feels spontaneous yet intriguingly layered.”

The St. Louis Post Dispatch called it a “crowd-pleasing and imaginatively theatrical comedy-drama,” adding, “at a time when intolerance is on the upswing and empathy is under siege, Alabama Story is just the play we need. Jones brings an exuberant wit to this potentially preachy material.” Read more press quotes here.

Actors Theatre of Indiana is an SPT4 Equity theatre respected for its buoyant productions of musicals. The production of Alabama Story represents the company’s commitment to bringing plays — especially area premieres — to its passionate central Indiana audience. 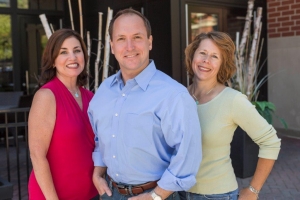 ATI mixes union and non-union artists and participates in the Equity Membership Candidate program (EMC). Casting will be announced. Rehearsals begin October 8. Get more information about the 2019-20 Actors Theatre of Indiana season here.

The 2019-20 regional season will see another American heartland production of Alabama Story. It will get its Kansas premiere in spring 2020 by Great Plains Theatre. In the Deep South, it will finally make its Montgomery premiere at Alabama Shakespeare Festival in March 2020.

Alabama Story had some earlier love in Indiana, in a fall 2018 one-night concert reading presented by the Kurt Vonnegut Museum, PEN America and Butler University.

Jones’ recent plays — Two Henrys, Circa 1976 and Hollywood, Nebraska — have all focused on Midwest characters and roots; the playwright was raised in Michigan and now lives in New York City. Two Henrys, about an Indianapolis native reconnecting with his late partner’s family in Florida, had a recent workshop presentation by Red Mountain Theatre Company in Birmingham, AL, and is seeking further development toward a world premiere.