Artwork for the 2019 staging of “Two Henrys” presented by Red Mountain Theatre Company in Birmingham, AL. The developmental staging will feature script revisions.

Red Mountain Theatre Company in Birmingham, Alabama, continues its commitment to new works in spring 2019 with a developmental production of Kenneth Jones’ Florida-set, three-character family drama Two Henrys, a play about Midwestern “snowbirds” struggling with prejudices and perceptions in the age of AIDS and marriage equality. The March 14-17 staging follows a successful RMTC run of Jones’ play Alabama Story, seen in the company’s first Human Rights New Works Festival in 2018

Here’s how Red Mountain Theatre Company bills the intimate comedy-drama: “In the dead of winter, Henry flies from New York to Florida to offer condolences at the funeral of a father figure he never knew. But as the booze flows at the wake, are the surviving widow and her grown daughter ready to raise a glass to the unexpected guest? Set in 2012, somewhere between the dusk of the worst days of the AIDS crisis and the dawn of marriage equality, Two Henrys explores secrets and shame, guilt and grief, perceptions and prejudices — and the urge to find family. A bittersweet, funny, hopeful new American play from the author of Red Mountain Theatre Company’s 2018 hit Alabama Story.”

The playwright calls Two Henrys, about a grieving Florida matriarch named Constance, who is confronted by the partner of her late son, “a comedy that becomes a drama.” The title refers to the fact that Constance’s late son and his surviving partner both share the same name, Henry. Constance’s grown daughter, Amy, is also part of the mix. All of the characters hail from the Midwest (Wisconsin and Indiana), but have a “snowbird” relationship with the Gulf Coast of Southwest Florida. The play contains strong language and adult situations. Request a perusal copy of Two Henrys here. 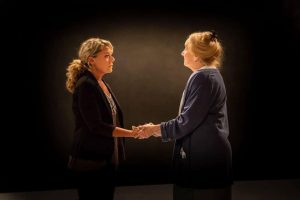 L-R, Holly Dikeman and Carole Armistead will play daughter and mother in “Two Henrys.” They’re seen here in a photo from Birmingham Festival Theatre’s 2018 staging of “Well,” in which they also played daughter and mom.

David Callaghan (RMTC’s Next to Normal, Theatre Department Chair at the University of Montevallo) directs the production, with a cast that features resident artists Carole Armistead as Constance, Holly Croney Dikeman as daughter Amy and Stephen Mangina as Henry. Dikeman and Mangina appeared together in the 2018 RMTC Human Rights New Works Festival staged reading of Elyzabeth Gregory Wilder’s Everything That’s Beautiful.

Playwright Jones is on the RMTC campus during part of the rehearsal process, working in collaboration with director and cast. Changes have been made to the script during rehearsals. “Red Mountain artistic director Keith Cromwell and managing director Jennifer Jaquess have asked great questions and encouraged me to think more deeply and feel free to revise what’s practical during my time here,” Jones said. “What a gift to see a full developmental production with an audience, learning from them and from director David Callaghan and the other artists and designers.”

Two Henrys, a semi-finalist in the O’Neill Center’s National Playwrights Conference, is in two acts and requires one set, with an additional neutral playing area to suggest another setting.

This Two Henrys workshop production — off-book and fully designed — is offered to Red Mountain Theatre Company subscribers as part of the 2018-19 season, and to the general public. The staging uses a script that includes revisions made since the play’s earlier development by Pioneer Theatre Company in Utah, Pacific Resident Theatre in California and Hudson Stage Company in suburban New York City. (The playwright is seeking a world premiere opportunity from regional theaters. Ask for a perusal copy of the script.) 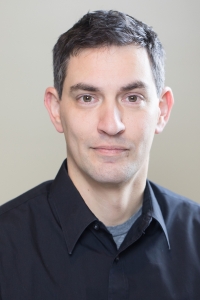 Playwright Kenneth Jones further explains Two Henrys this way: “Constance has just lost her husband, Mike, after 60 years of marriage. But his sudden death isn’t the only grief inside her as she prepares for his wake at the southwest Florida home that they shared. The sting of losing her son, Henry, to HIV/AIDS 15 years earlier is aroused again with the arrival of a stranger at her home: Henry’s partner, also named Henry, has come to express his condolences — and to make a connection with the mother-in-law he never knew, in a place where he was not previously welcomed. Constance’s daughter, Amy, emboldened by alcohol and threatened by Henry’s appearance, shares memories of her brother but also questions the motives of the outsider, even as she hides a secret about her own family. Henry’s audacious visit is met with an equally audacious invitation: Constance, a drinker herself, asks him to stay the night in the guest room — Henry’s old room — setting the stage for an overdue confrontation about the late Henry’s life and death, the surviving Henry’s guilt and goals, and the staunchly conservative family’s role in the decline of their golden child.”

He added, “Set in 2012, somewhere between the darkest days of the AIDS epidemic and the light of marriage equality, the play’s poolside conversations — dark, funny, humane, honest, touching — address prejudices and perceptions, mirroring coming-out exchanges that still go on today. But following the decades-long delay of addressing the realities of their family tree, is hope still possible for a mother who needs a son, a son who needs a mother and a sister who seems to only need a drink?” 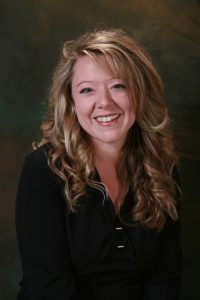 A two-act play about familial silence, implacable grief and Midwestern temperaments, Two Henrys was a semi-finalist in the 2015 and 2016 National Playwrights Conference of the Eugene O’Neill Theater Center. The play also had private table readings by Florida Studio Theatre and Off-Broadway’s TACT/The Actors Company Theatre. The play originated in a two-act form in its earliest development at Pioneer Theatre Company in Salt Lake City, and was later revised to 90 minutes. This new production in Birmingham will feature a revised ending in a two-act form.

Kenneth Jones’ Alabama Story was the fully-staged centerpiece production in RMTC’s inaugural Human Rights New Works Festival in March 2018, alongside readings of other plays and musicals. Request a perusal copy of  the six-actor Alabama Story, which has been produced in more that 20 cities since its 2015 premiere. The year 2019 marks the 60th anniversary of the real events of the social-justice drama.

Jones’ new six-actor comedy, Hollywood, Nebraska, had a popular workshop production in 2017 by Wyoming Theater Festival and a fresh reading in San Francisco in January 2019.

Ask for a perusal copy of Hollywood, Nebraska.

Under the leadership of executive director Keith Cromwell, “Red Mountain Theatre Company stages classical musical theatre while incubating new works,” according to its mission statement. “We employ award-winning veteran artists alongside young professionals. For nearly four decades, we’ve cultivated one of the finest arts education centers in the South.” Learn more about RMTC.