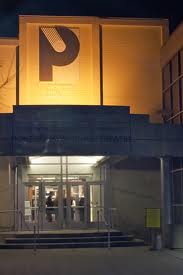 PTC artistic director Karen Azenberg, who directed the play in a reading as part of the Southern Writers’ Project at Alabama Shakespeare Festival in May 2013, will direct the Utah reading, which includes a weeklong residency for the playwright, rehearsals with an Equity cast and three public presentations and talkbacks on the University of Utah campus. She and PTC managing director Chris Lino announced the playwrights and titles for Play-by-Play on Oct. 14.

The cover of Garth Williams’ 1958 picture book “The Rabbits’ Wedding.”

Alabama Story takes a page from Southern history to tell the little-known tale of embattled librarian Emily Wheelock Reed, who refused to take a controversial children’s book off the shelves of the Alabama Public Library Service in 1959. The whimsical picture book, “The Rabbits’ Wedding,” featured a black rabbit marrying a white rabbit. Writer-illustrator Garth Williams (known for his pictures for “Charlotte’s Web,” “Little House on the Prairie” and “Stuart Little”) serves as narrator in the hyper-theatrical play that plots Reed’s clash with a segregationist state senator who calls the book integrationist propaganda. The play mixes fact and fiction, inking in a world where innocence, openness, access and inclusion are at risk.

Two guest directors and resident and visiting Equity actors are to be part of the mix for the Play-by-Play series. The cost to subscribers who are up for a barebones, script-in-hand experience? A mere $5. General-public tickets are $10 (or all three in advance for $25). Seating is general admission. Click here for the box office or call (801) 581-6961.

Sponsors of Play-by-Play include Sandi Behnken, Lee and Audrey Hollaar, Mike and Jan Pazzi, The University of Utah Department of Theatre and The Utah Museum of Fine Arts. 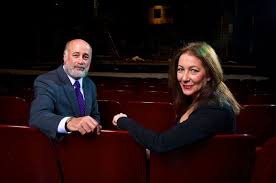 Azenberg said in a statement, “Nothing is more important to the long-term vitality of American theatre as an art form than the nurturing of new voices and new work. I couldn’t be more pleased to announce Pioneer Theatre Company’s commitment to developing three new plays this coming year. In each case, we will fly the playwright to Salt Lake City to work with a director of his/her choice and a cast of actors drawing from our resident pool of talent and beyond. The week-long residency will allow the playwrights to experience their plays in rehearsal, to refine and improve their writing in the room, and to hear an audience’s response — prompting the writers to further assess the intentions and impact of their work. I think it’s also vitally important to experience these plays in an intimate setting — rather than on our expansive mainstage — where the actors and audience are very close to each other, allowing a focus on, as Hamlet said, the ‘words, words, words.'”

She added, “In order to further focus on the script and keep costs down, the readings will be performed without a set or costumes. These are bare-bones developmental presentations allowing the PTC audience a ‘first look’ at new works in progress. Theatregoing should always prompt conversation, and we’re certain that this inaugural season of Play-by-Play readings and talkbacks will help lead to better plays that will find a wider stage in American theatre and more engaged playgoers here in Salt Lake City.”

PTC has some history with full-production world premieres, such as Wendy MacLeod’s Find and Sign  and Bess Wohl’s In and Touch(ed), and Charles Morey’s The Yellow Leaf.

In addition to the earlier Montgomery, AL, reading of Jones’ Alabama Story, Azenberg directed and choreographed Off-Broadway and regional readings of his musical Voice of the City (music by Elaine Chelton). Azenberg attended an August 2013 reading of Alabama Story in Manhattan, at which revisions since Southern Writers’ Project were heard. 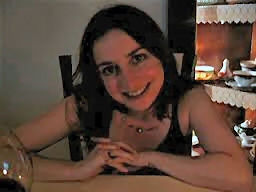 An awestruck art history graduate lands a dream job at a world-class museum. But when she questions the authenticity of a newly discovered masterpiece, she finds herself swimming with sharks in the form of art curators, trustees, and art dealers. This chance of a lifetime quickly turns into a fight for her ideals, her reputation, and her very future.

Playwright Jessica Provenz recently stepped into the world of politics serving as Director of Policy on Anthony Weiner’s New York City 2013 mayoral campaign. Her plays include A Wake on Chappaquiddick developed with Amy Ryan at Cape Cod Theatre Project, Irish Rep, and New Georges; Truth or Consequences workshopped with T.R. Knight at the DR2; Better than Chocolate directed by Matthew Penn at Berkshire Playwrights Lab; Andromeda at Juilliard and Berkshire Playwrights Lab; and Sweet Perfume at The Barrow Group. Jessica is a two-time recipient of the Lecomte du Noüy Award for emerging playwrights. She was Playwright-in-Residence at The Juilliard School and a graduate of Northwestern University.

Luke Paxton is a high-school math teacher and the new guy in the faculty room. He’s ready to teach, but completely unprepared for the other teachers, not to mention the nasty things somebody’s been posting on the web. Welcome to high school, where an education comes in ways you can never see coming.

Playwright Jeff Talbott graduated with honors from the Yale School of Drama. His play The Submission was the inaugural recipient of the Laurents/Hatcher Award in 2011 and was produced off-Broadway by MCC Theater; it also received the Outer Critics Circle John Gassner Award for New American Play in 2012. He lives in New York City. 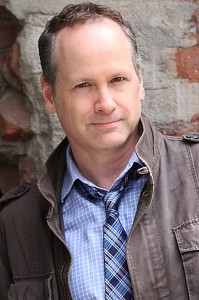 In 1959 Alabama, a segregationist state senator wants a controversial children’s book purged from the state library, but a fearless librarian refuses, putting both of their worlds at risk in a time of extraordinary social change. Inspired by real events, Alabama Story is a highly theatrical new play about tests of character in the Deep South of the Imagination.

Playwright Kenneth Jones is also a lyricist, librettist and journalist. His works for the stage include the play Alabama Story (seen in a 2013 Southern Writers’ Project reading directed by Karen Azenberg at Alabama Shakespeare Festival); book and lyrics for the musicals Voice of the City (music by Elaine Chelton, seen in readings at York Theatre Company and Human Race Theatre Company) and Naughty/Nice (music by Gerald Stockstill, seen in concerts and readings in Manhattan). He is a member of the Dramatists Guild, BMI and the advanced BMI-Lehman Engel Musical Theatre Workshop. He lives in New York City.