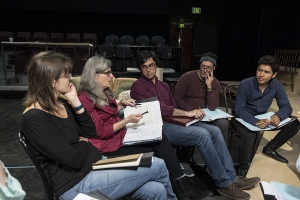 L-R, Enid Graham, director Risa Brainin and company in rehearsal for UCSB’s Launch Pad staging of “What Martha Did.” (Photo by Dave Bazemore)

Playwright Enid Graham is enjoying a unique launch pad for her play, What Martha Did, in the University of California Santa Barbara program called, aptly, Launch Pad, which develops full productions of new plays without the stress of reviews or industry eyes. Students, guest professionals and faculty work together to give playwrights room to hear and revise their work, gauging audience response. Graham’s nine-actor ensemble drama is presented at the UCSB Performing Arts Theater Nov. 15-24, 2019.

Here’s how Launch Pad bills the new play: “A gathering to commemorate the 25th edition of Martha Fisher’s celebrated book of poems brings her fractured family back home — all except Martha herself, who committed suicide soon after the book’s original publication. Haunted by the past and events they can’t explain, her family struggles to move forward. How can they reconcile the Martha who wrote so brilliantly about the joys of living and the hidden Martha who ended her own life? What Martha Did is a darkly funny drama about regret, facing the truth, and finding forgiveness.” 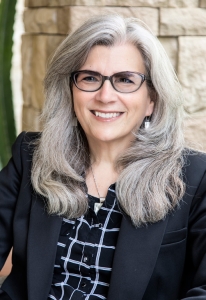 Artistic director Risa Brainin directs the production. She and her UCSB colleagues in the Department of Theater and Dance started the program in 2005, calling the off-book, fully designed presentations “Preview Productions” that are meant to incubate the plays toward future life. Brainin said in a statement, “Without the pressures of the commercial world, the play stays in previews throughout the run of the show, allowing the writer to continue revising as the piece evolves through performance.”

Playwright Enid Graham told me, “What Martha Did has grown a lot during my time at UCSB — mainly, through cuts and some rewrites. I believe I’ve improved and tightened it. It’s a big play — three acts and nine characters — so it has been hard to get theaters to workshop it. Everyone wants a 90-minute play with three people! I knew that it needed cutting and shaping, but had never had the chance to work with actors and a director to get it done. Luckily for me, universities need large plays to give all of their talented students a chance to work. And a play with a lot of great women’s roles works for them, too. So, through the Launch Pad series, I finally got to do the work on the play that I’d been longing to do for years.”

Buy tickets and get more information about the history and goals of Launch Pad here. 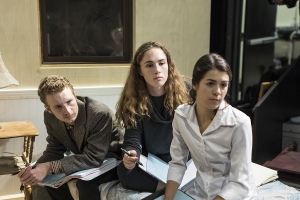 UCSB Department of Theater and Dance students in rehearsal for “What Martha Did.” (Photo by Dave Bazemore)

The new play deals with mature themes, including issues around suicide. Graham told me, “Martha is the much-loved daughter, sister, friend of others in the play. Twenty-five years ago, when she was 16, she wrote a book about the joys of life which was published and made her famous by the age of 18. Soon after that she took her own life. The book continues to be a very popular and beloved literary treasure. Martha hangs like a ghost above the play and haunts the lives of all the characters.”

What Martha Did was an O’Neill National Playwrights Conference Finalist in 2015.

How Graham first land on the idea for What Martha Did?

“The inspirations for my plays come from all different things, but this time I started with the structure,” Graham said. “I thought to myself, ‘Wouldn’t it be fun to write a three-act play?,’ so I started out. And about  year later I thought, “What was I thinking?,” because it’s hard to do! I also thought it would be fun to write a mystery play. It never became that, exactly, but what lingers from that impulse is the mystery that can’t be solved, the question that the characters can’t answer — why did Martha take her own life?” 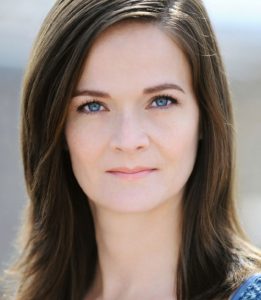 She continued, “What Martha Did is very different from my other plays. It’s a family drama — my own take on a ‘well-made’ play.” The play’s world is a departure from two of her other works: 2018 O’Neill finalist and reading recipient Ruth is a 90-minute exploration of loneliness in the modern world, while her latest work, Pathological Venus, is a play about “the complicated dynamics between men and women set mostly in the Salpetriere Hospital in 1890s Paris,” she said.

What Martha Did had an earlier reading in Alma Theatre Company’s Fresh, Raw and Wild New Play Reading Series in San Francisco, for which Graham was not on site.

Enid Graham is a writer and actress living in New York City. Her work includes plays Ruth, What Martha Did, and For I Know the Plans I Have For You; screenplay “Texas”; short stories “Galveston,” “Blind Spot” and “Go Fish.” What Martha Did was a finalist for the 2015 National Playwrights Conference and a semi-finalist in the American Blues Festival in Chicago. Ruth was seen at the Sacred Monsters Summer Reading Series in Los Angeles and the 2017 newTACTics New Play Festival in NYC. She is a founding member of the 72nd Street Gang, a playwrights collective. As an actress, Graham has numerous Broadway and Off-Broadway credits including The Curious Incident of the Dog in the Nighttime (original Broadway company), Bull in a China Shop (LCT3), King Lear (Public Theatre), Honour (Tony Award nomination), and the 2017 revival of M. Butterfly at the Cort Theatre. Her television and film credits include “The Sinner,” “Boardwalk Empire,” “Grey’s Anatomy,” “Margaret” and “Margot at the Wedding” among others. 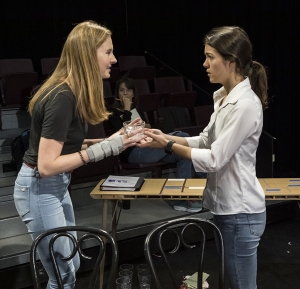 UCSB Department of Theater and Dance students in rehearsal for “What Martha Did.” (Photo by Dave Bazemore)

How did Graham find her way to the UCSB Launch Pad program?

“An old Juilliard chum of mine is on the faculty,” she said. “She asked me if I had any plays she could pass along to Risa Brainin, the founding artistic director of the program. I sent a few, and Risa felt that What Martha Did was a great fit. We started with a one-week workshop this past summer — which was the first time I heard the play outside of a casual reading in my living room; so casual that my husband, Robert Sella, helped out and read the matriarch of the family! I made most of the major changes during the workshop. Since then I’ve made several trips to Santa Barbara for casting, the beginning of rehearsal, a mid-rehearsal visit and then finally tech and first previews. Also, they make a point of including the playwright in every aspect of the production, so I’ve been involved in design meetings, discussions about marketing, casting etc. This whole experience has been a treat.”