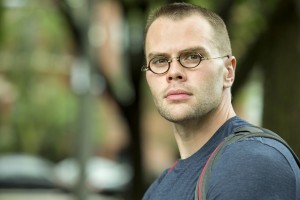 (I was pleased to learn that among the 28 scripts nominated for the award by critics from around the country was my play, Alabama Story, which had its world premiere by Pioneer Theatre Company in January 2015 and will have four regional productions in 2016. Salt Lake City theatre critic Barbara M. Bannon nominated it; here’s her review from the Salt Lake Tribune. Here’s a feature from American Theatre magazine, which pointed up the play’s “freshly relevant themes” of Civil Rights and censorship.)

The top award of $25,000 and two citations of $7,500 each, plus commemorative plaques, will be presented April 9 at Actors Theatre of Louisville during the Humana Festival of New American Plays. At $40,000, Steinberg/ATCA is the largest national new play award program of its kind. The M. Elizabeth Osborn Award for an emerging playwright has yet to be named.

The 2016 finalists representing work that premiered in 2015 are: 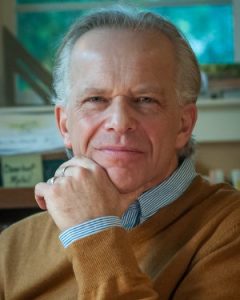 Steven Dietz, Bloomsday – “Tender, beautiful, and heartbreaking,” said one panelist about Dietz’s tale of four — well, actually two — characters meeting on the streets of Dublin. A brief encounter between Cathleen, a guide on a tour of locations from James Joyce’s “Ulysses,” and Robbie, an American who never read the book, is complicated and enhanced by visits from their 35-years-later selves. Yes, we’ve all seen what-might-have-been stories on stage, but in the words of other panelists, this “artful and elegant,” “lovely and thoughtful” play with its “slightly supernatural sparkle” had an ending that’s “a genuine epiphany.” Bloomsday received its world premiere at ACT Theatre in Seattle.

Samuel D. Hunter, Clarkston – “Deftly entwining a love story with a classic tale,” according to one panelist, Clarkston, set in a nondescript town in eastern Washington, “expresses the sorrows and yearnings of working class people who have heavy burdens and few options.” It’s about the bridging of a divide between a pair of Costco employees, one seriously ill. Although one is a distant relationship of Meriwether Lewis, these two are on very different journeys of discovery in this story that is “told simply with no razzmatazz, just quiet power and characters you care about,” a panelist commented. Clarkston had its world premiere at Dallas Theater Center. 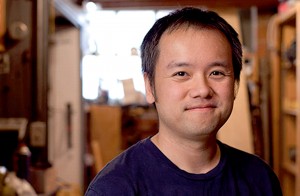 Qui Nguyen, Vietgone  – “A sexy comedy about culture-shocked, grieving Vietnamese refugees who fled to the U.S. after the fall of Saigon? Where everyone is really speaking Vietnamese, but we’re hearing it as slangy, cheeky English? I marveled at what this playwright was bringing off,” commented one panelist about Vietgone, “a very entertaining, fresh tale that slyly reveals its darker contours.” Others noted that the play offers “a vivid, specific voice, a wonderful sense of humor and compelling stakes” and that Nguyen “does great things with fine sensibility, language and structure, along with the right mix of lunacy” in style that “is as fresh as the content.” Vietgone premiered at South Coast Repertory. 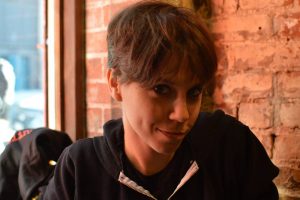 Jen Silverman, The Dangerous House of Pretty Mbane – A soccer star is drawn back home in search of her lover, who runs a safe house for women, in this “smart, stunning, excellent” play. It is, according to one panelist, “an illuminating political play that uses memorable, flawed characters to tell a powerful and personal story.” Another added that the play is “an assured, fascinating window into the abuse of women in South Africa, but also much more — a lyrical love story, a probe of how media can help and hurt when drawing attention to violence, the conundrum of deciding whether to live in a foreign country where you can be safe and prosper or remain at your own peril in your tumultuous native land.” The Dangerous House of Pretty Mbane was first staged by Philadelphia’s InterAct Theatre. 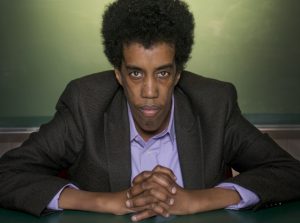 Jonathan Norton, Mississippi Goddamn – Norton takes us to the house next door to Civil Rights leader Medgar Evers in this drama about a family making tough decisions in a tumultuous time. “He may have used Nina Simone’s song as his title, but the play’s content isn’t borrowed at all,” one panelist commented. Others added that the “fast-moving, dramatic, and revelatory” play with a “truly explosive, molten core” includes “nothing PC or sentimental.” The play has, according to another, “a raw quality that actually benefits the tense ‘desperate hours’ scenario of neighbors and families divided by the insidious pressures of racism.” Mississippi Goddamn premiered at the South Dallas Cultural Center. 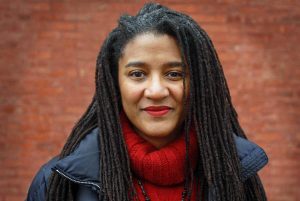 Lynn Nottage, Sweat – Disappearing jobs impact a group of friends in a play that features “great storytelling” with “a rich gallery of characters” and “a compelling story arc,” according to panelists. In the great tradition of bar-set plays, “One could say Sweat is about the ways the national economy is shifting away from manufacturing jobs. One could also say it’s about parents and children, about how skin color separates in ways we can’t/don’t often articulate, and about how business decisions made by unseen people in power can destroy lives.” It’s “an extraordinary play” that “grabs at the beginning and packs a wallop in the end.” Sweat premiered at the Oregon Shakespeare Festival.

“It isn’t just a privilege, it’s an honor to have the opportunity to experience the work of these theatre artists and to passionately debate with such learned colleagues,” said committee chair Lou Harry. “These are six plays the American theatre can take great pride in — plays that deserve long lives and multiple productions.”

In 1977, ATCA began to honor new plays produced at regional theaters outside New York City. No play is eligible if it has gone on to a New York production within the award year. Since 2000, the award has been funded by the Harold and Mimi Steinberg Charitable Trust.

For a full list of all of previous winners and runners-up, visit  americantheatrecritics.org and click on Steinberg-ATCA under Awards.

ATCA also presents the M. Elizabeth Osborn Award, honoring emerging playwrights. It also administers the $10,000 Francesca Primus Prize, funded by the Francesca Ronnie Primus Foundation, honoring outstanding contributions to the American theatre by female artists who have not yet achieved national prominence. Annually, ATCA makes a recommendation for the Regional Theatre Tony Award presented by the American Theatre Wing/Broadway League and votes on inductions into the Theater Hall of Fame.