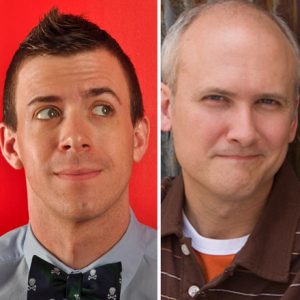 Broadway stars Kate Baldwin, Jonathan Groff and Billy Porter are among performers giving voice to the pop and theatre songs of the new songwriting team of Will Van Dyke and Jeff Talbott on a new EP recording. The seven-track album, “A View of the River,” will be released Sept. 15 and followed up with a Sept. 21 54 Below concert to feature some of the recording’s singers and additional stars, including Tony winner Annaleigh Ashford, Julia Murney and more.

The album is billed as “a collection of pop-infused theatre standalone songs” that introduces “a bold new musical theatre writing team.” Music is by Van Dyke. Lyrics are by Talbott and Van Dyke.

The 9:30 PM Sept. 21 concert at 54 Below will feature the album’s Baldwin, Doyle, Lawrence and Sadleir, plus Tony Award winner Annaleigh Ashford (the upcoming Sylvia, You Can’t Take It With You, Kinky Boots) and Drama Desk Award nominee Julia Murney (Wicked, The Wild Party), Katie Rose Clarke (Wicked, Allegiance), Taylor Trensch (The Curious Incident of the Dog in the Night-Time), Josh Lamon (Finding Neverland), Jake Odmark (Kinky Boots) and Marcus Neville (Kinky Boots, The Full Monty). Additional performers will be announced soon. Tickets ($35-$45) are on sale now at 54Below.com. 54 Below, the elegant supper-club space under Studio 54, is at 254 West 54th Street. 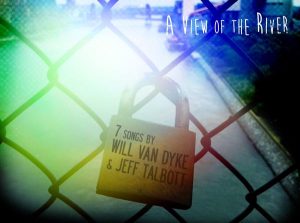 The concert evening, The Songs of Will Van Dyke and Jeff Talbott: A View of the River, will include a tease from the score to Talbott and Van Dyke’s new musical Imagine Harry, which will get some industry sunshine this fall in the National Alliance For Musical Theatre’s 2015 Festival of New Musicals. They are also working on a new musical called Wintersong, loosely inspired by Shakespeare’s The Winter’s Tale.

Van Dyke and Talbott started working together a couple of years ago when Talbott reached out after hearing some of Van Dyke’s work from his CD “Chasing the Day.” “I was bowled over by Will’s ability to marry a pop groove with a theatrical sensibility and was excited to see if we spoke the same language,” said Talbott. “We clearly did: By the end of our meeting we had already laid the groundwork for what became our first musical, Imagine Harry.” (Demo recordings from the score are on the composer’s website.)

The album is produced by Van Dyke, Talbott, Brian Usifer and Derik Lee, and co-produced by Candy Gold. Orchestrations are by Usifer, and it was recorded and mixed by Lee. It will be available on iTunes and wherever digital music is sold. 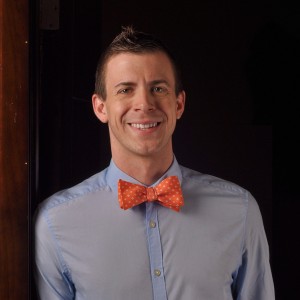 Jeff Talbott’s play The Submission was the inaugural recipient of the Laurents/Hatcher Award in 2011 and was produced Off Broadway by MCC Theater; it received the Outer Critics Circle John Gassner Award for Best New American Play in 2012, and has since been performed all over the country. The play was a semi-finalist for the 2010 O’Neill National Playwrights Conference. His play A Public Education was a finalist for the 2015 O’Neill National Playwrights Conference. His plays have had workshops and readings at TACT, MCC and Pioneer Theatre Company. He lives in New York City and writes musicals with Will Van Dyke (Imagine Harry and Wintersong).