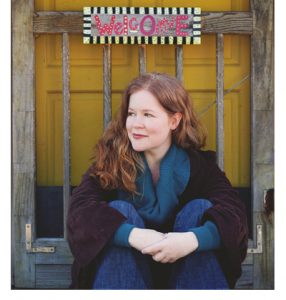 Four new plays will be developed in Alabama Shakespeare Festival‘s 2014 Southern Writers’ Project Festival of New Plays the week of May 12, when playwrights, directors, dramaturgs, actors and stage managers assemble to rehearse in anticipation of public readings May 16-18 at ASF’s two-venue complex in Montgomery.

Elyzabeth Gregory Wilder, whose plays Gee’s Bend, The Furniture of Home and Flag Maker of Market Street premiered at ASF, returns to her Montgomery artistic home for the reading of her new commission, ‘Shine, a play about moonshine and the roots of NASCAR. Oz Scott directs. Seth Andrew Bridges (SWP 2013’s Alabama Story) is among cast members. Her play Provenance was read in the 2013 Southern Writers’ Project (the same week that my play Alabama Story was lucky enough to be read). Wilder is the Tennessee Williams Playwright-in-Residence at Sewanee: The University of the South.

Wilder told me this week, “One of the best things about the Southern Writers’ Project is that it’s a great place to succeed, but it’s a very safe place to fail.  Because if that I always feel like I can take risks with my work.” 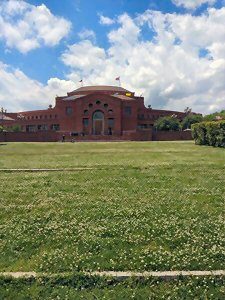 Her trips to the ASF campus are in the company of daughter Gillian. “It’s been fun to watch my daughter grow up at ASF, as well,” she said.  “The first thing she has to do when we first get there is to say hello to Shakespeare — his statue in the lobby.”

Texas-born and Louisiana-raised actor-writer Carl Palmer will perform his one-man autobiographical family drama A Loss for Words, directed by ASF veteran actress Greta Lambert. (The two performed together in To Kill a Mockingbird at ASF in 2006.) Palmer recently appeared in the ASF world premiere of Edward Morgan’s Twenty Seven, which had its roots in an earlier SWP reading. In February, ASF gave A Loss for Words an informal table read while Palmer was on campus.

A Loss for Words is based on an earlier Palmer play called The Nature of a Fool, previously produced in a fringe theatre in Seattle in 1995 and in an Off-Off-Broadway showcase in 1999. “This will be the first public reading of A Loss for Words,” Palmer told me. “It has changed very significantly since then — hence, the new title. And then there’s all the changing that’ll happen this week…” 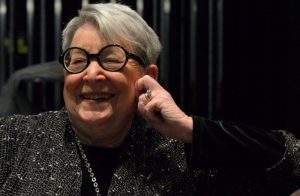 New Jersey playwright Lucile Lichtblau‘s Sorrento is also on the schedule. Michelle Shupe (SWP 2013 Alabama Story, ASF 2013 God of Carnage) is in the cast. Lichtblau’s play The English Bride had rolling world premieres at 59E59 Theaters in Manhattan, Centenary Stage in Hackettstown, NJ, and Theatre Exile in Philadelphia. It was nominated for the ATCA/Steinberg Award and the Susan Smith Blackburn Award and was the winner of the Susan Glaspell Prize and the Israel Baran Award. Her play Car Talk had its world premiere at Stageworks in Hudson, NY. The Hemings Diary was developed at Alabama Shakespeare Festival, where it had a reading followed by readings in New Jersey, California and New York. She is a graduate of the Yale School of Drama and the first recipient of their MCA Fellowship in Playwriting.

Stephen Cooper‘s new play, Spiritual Bliss, a kind of backstage comedy, is inspired by the Noel Coward comedy Blithe Spirit. Florida actor and writer Cooper began acting in 1984 and has appeared in regional productions of Lend Me a Tenor, The Dresser, Six Degrees of Separation, Moon Over Buffalo, Blithe Spirit and more. When not acting or writing, Cooper was a professor at the University of Michigan Medical School. His plays have been produced in Australia, New York, Korea and Sarasota. Confessions à deux was the First Prize winner in the Theatre Odyssey 2012 Short Play Festival in Florida. Honest Abe Mazulu was a first place winner in the Brevard (North Carolina) Little Theatre short play festival. Swine Before Pearls was produced by the Shepparton Theatre Arts Group in Australia. Honest Abe Mazulu has been produced in New York, Australia, Korea, and most recently in Colorado. Cooper is a member of the Sarasota Area Playwrights Society.

Here’s the schedule of the 2014 Southern Writers’ Project readings:

Sorrento by Lucile Lichtblau — 4 PM May 16

“Explores family dynamics and perceptions as a brother and sister pack up the detritus of their deceased parents. Siblings James and Dorrie meet at their Oscar-winning mother’s Upper West Side apartment in New York City to sift through the memories of the parents they didn’t much like, but discover mysteries to be solved that reveal more about their parents and themselves than they ever knew.” The cast includes Michelle Shupe, Bjorn Tjorstad and Jonathan Kaplan. Nancy Rominger directs. Marlon Bailey is the dramaturg.

“A funny and poignant autobiographical take on growing up adopted in a small factory town outside of New Orleans and his eventual search for his birth family. Carl’s journey is intertwined with the story of his birthparents’ romance as told through the actual letters they wrote to each other before and after his birth.” Greta Lambert directs actor-writer Carl Palmer. Kaitlin Stilwell is the dramaturg.

Seth Andrew Bridges is among cast members of “‘Shine.”

“Elyzabeth Gregory Wilder looks at the origins of NASCAR. On the red dirt roads of the American South, where moonshining was a family tradition passed down through generations,  ‘Shine, tells the story of Avery McAllister, the best trip boy in the county. Driving a car that is the envy of his competitors, Avery soon draws the attention of a rival moonshiner and race coordinator. But his chance to make a name for himself on the racing circuit is threatened when he meets Chester Pike, the revenuer out to shut him down.” The cast includes Seth Andrew Bridges, John Manfredi, Larry Tobias, Brian Wallace and Christina King. Oz Scott directs.

James Bowen is in the cast of “Spiritual Bliss.”

“Spiritual Bliss follows Broadway director Sylvie Sullivan as she begins rehearsal for a revival of Noel Coward’s Blithe Spirit. Sylvie decides to research the play by holding a séance with a famed Russian medium, which leads to a series of wacky misadventures including the loss of her leading actor, the ghostly appearance of her first husband and interference from meddlesome but well-meaning investors.  Will Sylvie triumph against the odds in this merry romp of a comedy, and manage to bring a successful revival to Broadway?” The cast includes Jen Barnhart, Scott Bowman, Diana Van Fossen, James Bowen (himself an SWP 2013 playwright of Deconstruction Part One: No Mercy), Paul Hebron, Joshua Marx. Amy Herzberg directs. Robert Ford is the dramaturg.

Learn more about the season of Alabama Shakespeare Festival — which includes the current world premiere of a new modern language adaptation of Shakespeare’s Timon of Athens by Kenneth Cavander — at asf.net.