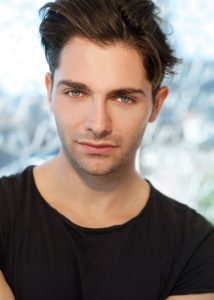 A pair of former lovers reunite in middle age on Fire Island in Michael Raver’s new play, Riptide, getting two Manhattan reading presentations April 18. Raising the stakes in the coincidental beachfront meeting is the fact that the exes are now with their new partners — one of them much younger. Paul Mason Barnes, the busy regional director who is the co-founder and former producing and artistic director of Minnesota’s Great River Shakespeare Festival, directs the Equity-approved reading.

“The play was written to answer some questions that had been on my mind for a number of years,” actor-playwright Raver told me. “When you love someone and the relationship ends, where does that love go? What happens to it? And then what happens to it when you’re reunited with that person again? And for your new partners, how do they feel about that reunion? The play also deals with the monogamy versus non-monogamy conversation within committed partnership.”

The free Riptide presentations are 3:30 and 6 PM at Pearl Studios, 519 Eighth Avenue, 12th Floor. For reservations, email riptidereservation@gmail.com. The play had an earlier reading in October 2015 under Paul Barnes’ direction.

Here’s how Riptide is billed: “It’s Labor Day weekend and George (Reynolds) and Nathan (Talbott) have just purchased their first home together, a house in Fire Island Pines. Their celebratory weekend is halted when George’s ex — the brilliant and handsome Daniel (Dold) — appears on the beach. Old wounds are opened and sexual boundaries are pushed to the limit as Bash (Raver), Daniel’s new young love interest, shows up, challenging everyone to question their relationships, as well as their own definition of what love — and commitment — is.”

Raver’s adaptation of The Picture of Dorian Gray was produced by Sonnet Repertory Theatre in 2012, and a reading of his pre-World War II  adaptation of Chekhov’s The Seagull was seen at the Pearl Theatre Company. His play Fire on Babylon was a semi-finalist in the O’Neill National Playwrights Conference in 2015.

Raver, who was born in New York City, went to high school in The Catskills and got his BFA in acting at Pace University, fielded a handful of my questions about his new play. For more about him, visit michaelraver.blogspot.com. 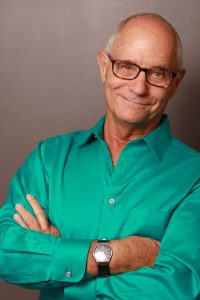 You’re writing about middle-aged gay men, men who are older than you. What about them and their place in the world interests you?

Michael Raver: At the core of it, the three of them make up a very traditional storytelling trope: “I love you and you’re in love with someone else.” But maybe that’s a bit reductive of me to say. One of the best compliments I’ve gotten from people who’ve read the play is that they’ve met every single one of these guys before. There is a propensity for some cosmopolitan gay men of a certain age to try to emulate the bullies who picked on them when they were kids. There’s also a prolonged adolescence. The play definitely comments on the aging process, acknowledging youth being scattered along the highway. These three guys are at an impasse, not unlike the one we experience when we hit 30. There is a sense of panic that they haven’t accomplished everything they “should have” by their early 50s and they take their own insecurities out on each other.

Does the younger character in the play want something different than the other men of the play?

Michael Raver: He’s going through a similar experience that the other three are. I guess it proves how cyclical life is. He’s not the flavor of the month anymore, he’s not exactly a fresh-faced 20-year-old. He wants to experience love and he wants to protect his own sensitivity but he spends most of the play failing at it because of his false belief that his abs, his ass and his attitude are the only currency he has to trade on.

What’s the takeaway from the play, as far as you’re concerned? What is the theme that surfaces most strongly for you?

Michael Raver: I tried not to tie the story up too neatly at the end. My primary hope for a takeaway is for conversation to happen. In relationships, we have a tendency to talk a lot but communicate very little.

Is the play, on some level, a love story?

Michael Raver: Absolutely. Though it’s also a story about self-respect.

Why is the play set at a beach? How does that place fit into the history of the characters, and does the beach provide a useful metaphor for these people?

Michael Raver: Because our bodies are three-quarters water, we have a primordial relationship with water. I love putting water into plays. As an audience, hearing the sound of rain and ocean waves does something to the way we listen. There’s a leveling quality to it that I love. It reconnects us to our animism, which is also something that Fire Island has a long history of doing. Because of the beach atmosphere, bodies are on display, which amps everything up even further. The first scene of the play, I knew that I had to start it off with the audience dealing with that. The protagonist wades out of the ocean in his first entrance, soaking wet.

When did you first think you might want to write plays? What was your first play?

Michael Raver: I wrote my first play when I was 16. It was called The Lobby and was a sort of Steambath/Waiting for Godot kind of thing. I had no idea what I was doing but when I think back to that experience, it was some of the most liberated writing I’d ever done because I wasn’t concerned with commerce. My high school put the play up and the superintendent wrote this really sweet letter to the school, praising my effort.

How many readings has Riptide had? How has it grown in recent readings?

Michael Raver: Riptide’s first reading happened in December 2014, at my manager’s office, a few weeks after I’d finished the first draft. I had two more closed readings after that and the cast changed every time. This was probably the first play that I’ve written where the changes felt easy to make. I was less precious about it. The ending was different at the beginning and that was probably the biggest change that the play has had. But much of what was in that first draft is still there.

During the course of revising it before the first public reading in October 2015, I decided that I needed to do some research. Like you said, three of the characters in this play have some years on me. I interviewed a bunch of gay couples about the conditions of their relationship, their sexual circumstances, all of it. They were very generous. I loved how varied everyone’s definition of monogamy seemed to be. Fascinating. I also started following Dan Savage, Esther Perel and a bunch of people in the psychotherapy community to fill in some of the behavioral gaps I felt were still in the play.