People, organizations, places, shows, products, websites and other stuff worth your attention. This list is a work in progress. 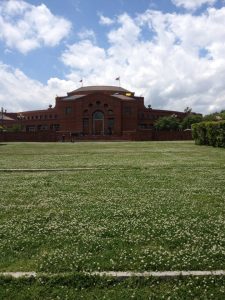 Alabama Shakespeare Festival, the major Equity theatre in the state of Alabama, devoted to Shakespeare plays plus world-literature classics and modern plays, including world premieres spawned in the Southern Writers’ Project Festival of New Plays, where my play,  Alabama Story, received its first public presentation. Two theatres in a beautiful complex in Montgomery, AL.

Composer Roger Anderson, the theatre composer of the musicals Shine, Abe and Chaplin. (A primary, seminal collaborator of mine; we’ve written lots of songs together and are still in search of the right stage project.)

ASTEP/Artists Striving to End Poverty, a not-for-profit that “connects performing and visual artists with underserved youth in the U.S. and around the world to awaken their imaginations, foster critical thinking, and help them break the cycle of poverty.”

Playwright Chuck Blasius, whose pulse-taking of post-Stonewall gay life in We Were There is one of my favorite Off-Off-Broadway theatergoing experiences. (He once wrote a libretto with me in mind as the lyricist, but I found that the script could not be improved upon.)

The BMI Lehman Engel Musical Theatre Workshop, the tuition-free three-year program of Broadcast Music, Inc., that connects theatre composers and lyricists and gives them a moderated setting in which to hone their craft and sharpen works in progress. (I am an Advanced Workshop member; I started in fall 1998  and found an instant family of writers.)

Photographer Amy Coady, whose headshots and candid photos — to say nothing of her luscious travel photography — are sensitive, artistic and affordable.

Playwright Sean Grennan, whose comic, sincere, rueful musicals and comedies Married Alive!, A Dog’s Life, Making God Laugh and Beer for Breakfast, have had a wide life in regional theatres. (Yes, I provided titles for two of them! Don’t tell anyone.)

Human Race Theatre Company, an ambitious not-for-profit resident Equity theatre in Dayton, OH. (My musical Voice of the City was workshopped there in 2006.) 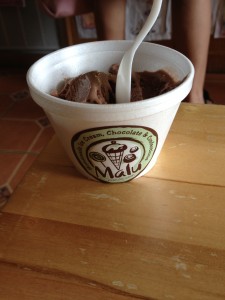 A cup of Malted Madness at Malu.

Malu, a creative ice cream/confection shop in Long Island City, Queens. (Their Cinnamon Ken flavor is named after me — not kidding.)

Other Side Productions, the not-for-profit Off-Off-Broadway theatre company committed to creating “a home for artists to explore their craft through the development and production of original, or lesser-known, plays, musicals and films.” Its artistic director is the talented playwright and screenwriter Peter Mercurio.