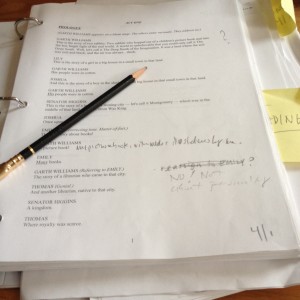 Rehearsals begin June 15 for a 29-hour developmental reading of Kenneth Jones‘ new play Alabama Story — a finalist in the 2014 National Playwrights Conference of the Eugene O’Neill Theater Festival — leading to two free public presentations June 18-19 in the NewTACTics Festival of Plays in Manhattan.

NewTACTics is a program of Off-Broadway’s TACT/The Actors Company Theatre. 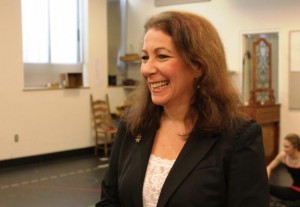 Jones is now in discussions with Alabama Shakespeare Festival in Montgomery for a 2015 engagement of his play, which is set in Montgomery and other parts of Alabama.

Here’s how Alabama Story is billed: “A children’s picture book about a white rabbit marrying a black rabbit stirs the passions of a segregationist senator and a librarian in 1959 Montgomery, just as the Civil Rights movement is flowering. Inspired by true events, Alabama Story puts co-workers, star-crossed lovers and one frisky children’s author on the same page to conjure a Deep South of the imagination.” 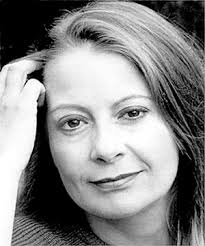 Kay Walbye will play Emily Reed in the reading.

Alabama Story is a finalist in the 2014 National Playwrights Conference of the Eugene O’Neill Theater Festival. See the O’Neill website for more information, including a 25-page excerpt of the play.

The 29-hour NewTACTics rehearsal/performance process allows writers to look at their work in a concentrated setting, address possible rewrites and hear feedback from audiences following two public presentations. The 7 PM Wednesday and Thursday readings are free to the public, with reservations required. 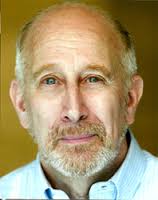 Bill Nabel is Sen. Higgins in the reading.

“The script we begin TACT rehearsals with includes rewrites made following the April reading in Salt Lake City,” the playwright said. “I’m eager to hear them in rehearsal and in front of a new audience.”

Each reading will be preceded by a complimentary wine reception beginning at 6:30 PM, and followed by a moderated talkback with the cast, director and playwright. Performances take place at the TACT Studio at 900 Broadway, Suite 905.

The playwright stated in an author’s note: “Strong characters and richly contrasting conflicts rarely just fall into my lap, but that’s exactly what happened when I opened the newspaper and read the obituary of a retired librarian named Emily Wheelock Reed. In 1959, Reed was director of Alabama Public Library Service in Montgomery, serving as the state’s chief librarian. A local segregationist newspaper objected to a children’s book in the library’s holdings, and the concern caught the ear of a pro-segregation state senator named E.O. Eddins. The picture book, ‘The Rabbits’ Wedding’ by Garth Williams, portrays the frolicsome friendship and gentle marriage between a white rabbit and a black rabbit. The senator wanted the book taken off of the shelves; the librarian refused. Opposites were immediately evident in this slice of American history, and instantly I recognized the building blocks for a play.” 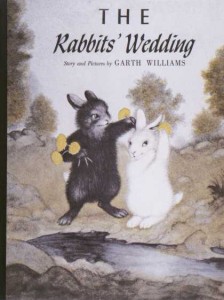 He added, “I knew very early in the process that I didn’t want to write a dry docudrama. Taking a cue from children’s literature and children’s theatre, I sought ways for the story to leap off of the page and shake up the theatregoer’s imagination while staying true to the essence of the history. I started by placing Garth Williams himself as narrator (and frisky utility player in other roles). I commingled fictional characters with real people and gave them shared history in a time of extraordinary social change. Characters occasionally ‘pop up’ to address the audience directly in a highly theatrical drama about tests of character in what I call The Deep South of the Imagination.” 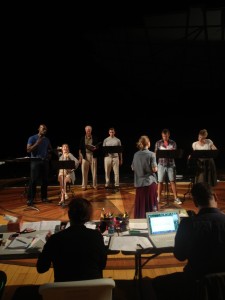 Kenneth Jones is a playwright, librettist, lyricist and journalist. His O. Henry-inspired musical Voice of the City (with music by Elaine Chelton) was presented in The York Theatre Company’s Developmental Reading Series Off-Broadway, followed by a workshop produced by The Human Race Theatre Company in Dayton, OH. His satiric musical comedy Naughty/Nice, written with composer Gerald Stockstill, was seen in developmental and charitable concert readings in Manhattan, including a 2013 staging at Caroline’s On Broadway. It was a semi-finalist in the National Alliance for Musical Theatre’s Festival of New Musicals. For their theatre songs, Stockstill & Jones are the recipients of the 2010 Dottie Burman Songwriting Award from the Manhattan Association of Cabarets and Clubs (MAC). He is a member of the Dramatists Guild, BMI and the advanced BMI-Lehman Engel Musical Theatre Workshop. Between 1998 and 2013 he was a leading writer and editor at Playbill.com. Visit ByKennethJones.com.

The three other titles in the June 2014 NewTACTics New Play Festival are Thomas Gibbons’ Uncanny Valley, Jeff Talbott’s A Public Education and Matte O’Brien’s The Wonderful Mr. and Mrs. O’Leary.