Patrick Riviere’s “The House of Nunzio,” Unlocking Secrets in an Italian-American Family, Gets NYC Reading 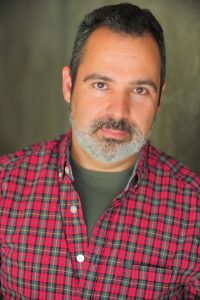 An Italian-American family struggles with secrets, sexuality, aging and prejudice in The House of Nunzio, a humor-laced drama by Patrick Riviere, getting a Manhattan reading April 27-28.

The playwright told me that a sense of mission accompanied his passion for the characters in The House of Nunzio.

“I wrote this play for two very specific reasons: I grew up in an extended Italian family,” Riviere said. “All references I saw portrayed in theatre and on TV as a young man were of the Mafia and a stereotypical accent of some Brooklyn gangster. That was not my experience. I was also a confused gay man and, at first, saw no references to gay men. And then when I did, they were all partying on Fire Island or dying of AIDS. I wanted to write a play about my experience.”

He added, “What also came out of writing this play, which I was not expecting, was this issue that is so common for the Baby Boomer generation: this challenge of caring for aging family and in-laws. As people live longer, how do we care for them?” 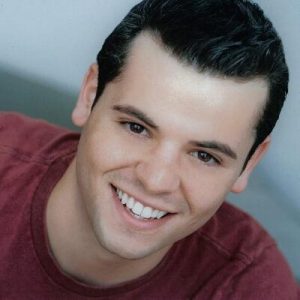 The title refers to the home in a small town along the Erie Canal between Buffalo and Rochester shared by octogenarian Nunzio, his fiftysomething daughter-in-law and her sons — Nunzio’s grandsons — Anthony and Tommy.

“Alphonse — Nunzio’s son — is dead,” Riviere said. “[Mrs. M] feels responsibility to her father-in-law even though he is a stubborn and bigoted man. She doesn’t want to send him to a [nursing] home, especially because the home she raised her boys in — and lives in — is Nunzio’s.”

The new reading represents a fresh draft of the play, which received content mentoring from actor-writer Joseph Bologna in 2014.

Public presentations are 7 PM April 27 and 2 PM April 28 at The Davenport Mainstage Theatre, 354 W. 45th Street, in New York City. For reservations or more information about The House of Nunzio, write info@alleasonstheatre.com.

The House of Nunzio was a semi-finalist for the 26th Annual Mildred and Albert Panowski Playwriting Award and the 2003 Mill Mountain Theatre New Play Competition.

Casting is by Jamibeth Margolis, CSA. Bernita Robinson is the Equity stage manager. Donald Garverick is assistant director and will read stage directions.

Patrick Riviere is a playwright, actor, director, teacher and arts administrator. As a playwright, his work has been selected for readings, workshops, productions and festivals in New York, Chicago and Los Angeles. He founded All Seasons Theatre Company, co-founded The Emerging Artists Project and was a founding member of Sonnet Repertory Theatre. He was the first Industry/Professional Liaison and a member of the Adjunct Faculty at NYU’s Tisch School of the Arts and created an arts education program, PIE Story Theatre, which has reached thousands of underserved children and families for the past 23 years. He has worked for Second Stage Theatre, Arts Horizons and the Hudson Riverfront Performing Arts Center.

Director-choreographer Stephen Nachamie‘s DC-area staging of A Chorus Line won the 2014 Helen Hayes Award for Outstanding Resident Musical. His credits include Mr. Confidential and Foreverman (NYMF) and many regional and New York City productions, workshops and concerts, including the hit benefit concert of Naughty/Nice, the darkly comic musical revue that I wrote with composer Gerald Stockstill.

Here’s my chat with the playwright.

Can you share a little more about the main character and his journey and obstacles?

Patrick Riviere: This is very much an ensemble play. The title character is Nunzio, an 82-year-old immigrant from Italy who speaks in broken English at times and in Italian. There is no “coming out” [story], as Anthony is already out but he faces prejudice and ridicule from his own grandfather. The older generation in this play carries some dark secrets, which are revealed by a series of events that begin with finding an old letter written by Nunzio’s son, who is dead at the top of the play. 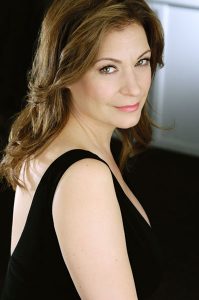 Are there autobiographical elements to the play, or is it wholly an act of imagination?

Patrick Riviere: The play is certainly based on experiences within my own life. Mrs Monacelli is the embodiment of my mother. Anthony is a version of me. As is mentioned in the play, it all boils down to family, food and faith — and there is always music and prayer.

Is it a drama? A comedy?

Patrick Riviere: Both. There are some wonderful comedic moments, and the first act is definitely much more comedy. But the inspiring incident of the play happens at the end of Act One and takes it to a much more challenging and dramatic place when Anthony is coaxed into taking care of his bigoted aging grandfather. That is when the secrets begin to spill.

How has the play changed recently? What leaps forward have you made?

Patrick Riviere: The play had been bouncing around for years. When I first wrote it there were accolades and national competition mentions and some theatres showed interest and then it petered out. Several years ago [director] Jamibeth Margolis read it and put together and informal reading. I no longer liked my own play and took extensive notes but never did a rewrite.

Patrick Riviere: Joseph Bologna thought the play was very good but he had some problems with it, especially the Nunzio character. So much of his criticism was right in line with my own [earlier] notes that I spent a month last fall on major rewrites. I then took another pass to clarify time and place. While now being considered a period piece, as it takes place in 1980, [it’s] also so relevant with what is happening right now in terms of prejudice with the LGBT community over gay marriage and the issue of how to take care of our aging population.

What’s your hope for it?

Patrick Riviere: I am hopeful that a world premiere is just around the river bend. I’d like to see it begin at a professional theatre in New Jersey, where I lived a majority of my adult life and then move into the city. But as Mrs. M says and then sings in the play, “who knows where or when?”