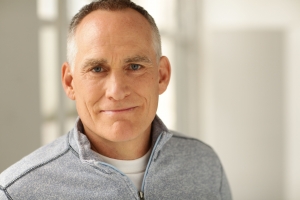 Washington Stage Guild will give playwright Alex Webb a first-listen of his new six-actor comedy Beautiful Monster, about young aspiring novelist and gadabout George Bernard Shaw in the years before he blossomed as a playwright of international renown. The DC company, devoted to “literate, challenging works,” has a long history of producing works by Shaw. Its current season opened with his early play Candida.

Playwright Webb, a Semi-Finalist in the O’Neill National Playwrights Conference for his play blackandblue, told me, “The title reflects a theme in his musings about the artist’s journey. The way the artist will sometimes use personal relationships as opportunities to observe rather than participate. He more than once refers to artists as monsters, vampires sucking the life off of friends and lovers alike as fodder for the higher purpose of great art; hence, the title Beautiful Monster.”

Check out more of my chat with Alex Webb below. Here’s how Webb and Washington Stage Guild bill the play: “A young George Bernard Shaw, brand new to London, fights and claws to make his mark as a novelist, passionately speechifying on behalf of socialism and flirting mercilessly with every married woman he encounters. An iconoclastic and humorous look at the legendary playwright on his bruising journey to literary legend, Beautiful Monster ends as GBS is on the brink of his first great success. This is the story of a struggling artist and how his climb to immortality was anything but inevitable.”

WSG gave Webb’s two-actor Civil War romance/drama Amelia its world premiere. It has played regional theaters since, and is licensable from Samuel French as a two-hander or as a larger-cast experience.

Ask for a perusal copy of Beautiful Monster and learn more about Alex Webb’s other works at New Play Exchange.

Learn more about Washington Stage Guild, which previously produced the DC premiere of my play Alabama Story, which The Washington Post called a play “of national relevance.” 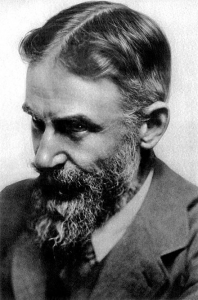 Tell me about the seed of Beautiful Monster. What inspired it? What drew you to the subject of Bernard Shaw’s early career?

Alex Webb: I was reading Michael Holroyd’s splendid and exhaustive biography of Shaw with no plan beyond that I might possibly want to write about something … but I did not know or plan that it would be the early part of his career. It was only as I kept reading that I realized just how brutal and thankless those first years in London were in comparison to the second half of his life which he lives as a literary giant. Discovering the surprise of his massive struggles was the spark. I think it’s easy to imagine someone of the stature of Shaw to be on an unwavering path to greatness. To assume that his place in the literary pantheon was always a certainty, always a fait accompli; when, in fact, he fought desperately and he used the tools of a carnival barker, con man and genius all rolled into one.

There are many phases to Shaw’s career — essayist, critic, playwright. I didn’t know he was a novelist. I’m not sure how widely known that is. Did you read any of his novels? Are they even in print today?

Alex Webb: I read portions of a few of them. You can see all the profound social and political philosophy and commentary, some of the humor and some of the crackling dialogue but all of it diffused by the long-form structure of a novel. Some of the novels are in collected works, some have been published a number of times over since his great success as a playwright; a few can be found on Amazon. I wonder what he would make of that?

Who is Shaw when we meet him in your play, what does he want, how successful is he — and how far away from his first stage success is he?

Alex Webb: When we first meet Shaw he is piecing together a paltry income by writing music and theater reviews for a number of newspapers. He is spending most evenings with a variety of wealthy married couples (probably a necessity in getting a square meal now and then) or making speeches on behalf of the Fabian Society, a socialist organization. Along with the conversation and food that these wealthier couples provide, he is often wooing the wife with his dazzling intellect and often succeeding in his flirtations to the point of either annoyance or the ruin of the marriage. This pattern repeated itself over and over throughout his first decade in London. So along with the character of Shaw, we have Janet and Charles, a relatively successfully acting couple, [and] May and Henry, a committed socialist couple that work with him at the Fabian Society. We also have the character of Mrs. Jenny Patterson, a widow, who was the first woman in Shaw’s life strong enough to force him to act on all his empty wooing. She refused to take no for an answer. Mrs. Patterson was the name of the actual person, but the other characters are combinations of many of his married couple friendships, along with a few editor and publisher types that he butts heads with along the way. 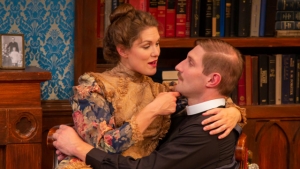 Are there seeds of Shaw’s later plays evident in your play?

Alex Webb: The verbal ménage à trois Shaw had with married couples compare in interesting ways with one of his early plays, Candida. Marchbanks as the young artist is verbally wooing Candida who is happily married to Rev. Morell. The play explores the ways in which these two men are more like children and that Marchbanks is really only infatuated with Candida as some sort of inspiration for his art and has no intention of actually consummating a relationship with her and all its accompanying complications. So I am definitely using the Candida blueprint as his “first play” that Shaw’s life experiences are leading him to. In the actual chronology, Candida is Shaw’s third full-length play.

It was also fun to discover as I wrote the play that Shaw’s fear of and fascination with these married women and his inability to commit physically to them really mirrors his very mixed emotions about the theater and the possibility of writing a play. He admitted in a letter while he was still writing novels that as far as playwriting was concerned “he could never sink that low.” By the end of Beautiful Monster we see that he is able to “let life come to him” (to quote from his play Simpleton of the Unexpected Isles), both in his romantic life with Mrs. Patterson and in his artistic journey which ultimately leads him to the stage. 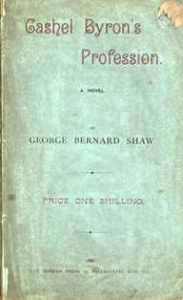 This is a fictionalization of Shaw’s early literary life, though based on fact. Is it a comedy? A drama? Do you necessarily seek to mirror the crackling Shavian wit and complexity of thought? Was that a terrifying challenge?

Alex Webb: Yes, I have combined many of the historical figures, compressed the timeline is some cases and stretched it a little in others. Beautiful Monster is a comedy. I have a couple of lines that are direct quotes from one of his newspaper reviews, columns, and I use the opening description from Candida, the first sentence as the very last sentence of our play. It was, without a doubt, absolutely terrifying to think about matching his wit even in a paraphrased and modernized way. I tried to find a voice, somewhat modernized, that did justice in some small way to his rapacious intellect and comedic wit.

What is the primary thing you see when you stand back and look at the portrait of Shaw you created? Or, for you, what’s the takeaway of the play?

Alex Webb: I think one of my personal takeaways is that he might’ve never been discovered if he hadn’t tooted his own horn so damn much. Prior to my research I would have said that’s impossible, to argue that a writer of his stature (that some consider second only to Shakespeare in the English language) could have been missed by history — but I think without his single-minded and unapologetic pursuit of fame, that would have been true.

You’re an actor, as well. Have you acted in Shaw plays? What’s your attraction to him as an actor?

Alex Webb: I put him in a similar vein to Shakespeare in that the more you delve and work on it as an actor, the more layers and information you find. It really seems kind of endless with both of them. You come back to a play and look it over again and think to yourself how did I miss that the last time I worked on this? There is just so much there on so many levels, always profound and breathtaking. 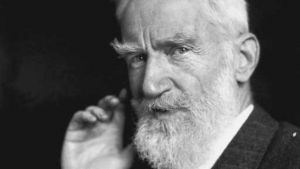 Shaw in his later years.

What do you hope to accomplish with this first reading by Washington Stage Guild?

Alex Webb: I hope to find out what’s missing, where we might snip a line or two … or whole scenes. I’m hoping to find out that I have successfully infected the audience with my own shock and delight at what a fighter, con-man and stand-up comedian this intellectual giant actually was.

What made you approach Washington Stage Guild?

Alex Webb: Washington Stage Guild has sometimes been nicknamed the “House of Shaw,” they’ve done much of the Shaw canon either through productions or readings over the years. I did one of my first Equity shows with them, Chekhov in Yalta, in their very first season. Many years later my play, Amelia, had its world premiere there and was then was published by Samuel French a few years later. (Learn more here.) They have a fantastic company of actors and directors and they are life-long friends and colleagues.