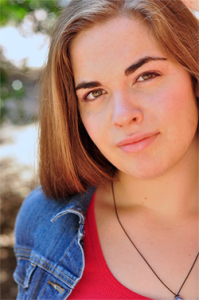 New plays by Catya McMullen, Sean Williams, Brian Sutow and Hal Corley will be heard in February in the 2016 From the Ground UP New Works Reading Festival, an annual series by Ground UP Productions, the Off-Off-Broadway company known for its indie spirit presenting crisp productions of such plays as Jane Martin’s H20 and Mac Rogers’ Asymmetric.

The eighth annual slate is presented 7 PM Mondays in February at A.R.T./New York, 520 Eighth Avenue, Third Floor. This is a free event, but no troupe would turn down a donation at the door.

One of the goals of the festival is to listen to new works in the hope of finding the company’s next world-premiere title. Over the past decade, the not-for-profit Ground UP has produced 24 full productions in New York, New Jersey and North Carolina, six of which were new works discovered in From the Ground UP. The Manhattan-based company stages revivals and premieres (New York City and world) of plays and musicals.

Here’s the 2016 From the Ground UP New Works Reading Festival lineup:

Set in a gas station and diner of a turnpike exit, a play in vignettes — with music and jokes and feelings and maybe lacrosse — about kindness…in New Jersey.

There’s not a lot you and your best friends can do after you all get vasectomies but drink, ice your laps, and talk. But when you’re Ogden, Zahn and Alex, that talk to goes to some funny, painful, angry and compassionate places. An intimate look at aging, fatherhood, mid-life friendship, and the connections that can never be snipped. 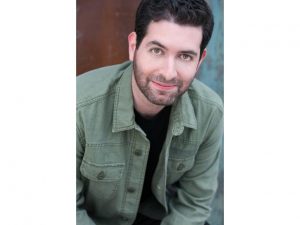 A dark, neurotic comedy that tells the story of Evan, a milquetoast young man who engineers a scenario to enact revenge on the man who killed his father decades earlier. With the help of two expert hitmen, Evan comes face-to-face with his incapacitated victim in a decrepit North Carolina hotel room. Armed with everything he needs to safely murder his father’s killer, Evan struggles with the reality of fulfilling a long held fantasy. Both harrowing and hilarious, it’s a contemporary exploration of masculinity, religious consequentiality and violence.

The radically queer half of a young, just-married male couple finds himself aggressively haunted by a ghost, the charismatic Eisenhower-era architect who designed their gleaming suburban home, with life-altering results. For Ian and Perry, a move into a mysteriously-hard-to-rent 1950s vintage home poses challenges: making friends in a conservative New Jersey town; veterinary intern Ian’s late-night schedule; Perry’s isolated summer awaiting his first teaching gig; and the presence of the former owner, the charismatic but very dead architect Lorenzo Amante. A post-millennial ghost story about the cost and rewards of escaping our most precious comfort zones.

Past Ground UP Reading Festival titles that were later seen in full stagings by the company include Jim and Patricia Wann’s The People Vs. Mona (published by Samuel French), Jason Chimonides’ The Optimist (published by Dramatists Play Service), Holly Webber’s Pratfalls, Catya McMullen’s Rubber Ducks and Sunsets, Bromance: The Dudesical at Joe’s Pub, and the recent hit Asymmetric at 59E59 Theaters, which got a “Critics Pick” by Time Out and was hailed as “a spare, smart espionage thriller” by The New York Times.

Learn more about Ground UP at its website, groundupproductions.org.