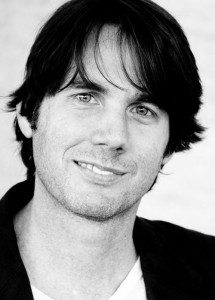 David Caudle’s new play Damsel, a psychological drama about a husband and wife — and the husband’s interest in a needy co-worker — will be presented 7 PM June 26-27 in the New TACTics series of free staged readings by Off-Broadway’s TACT/The Actors Company Theatre.

Here’s how the play is billed: “When a fire erupts next door, Susan and her teenage daughter are forced to evacuate their apartment. Randall, Susan’s coworker, comes to the rescue, but his pregnant wife Kathy is suspicious. What is Susan really after? Why is her husband so eager to come to her aid? Who really is the Damsel in distress? The answers are not what you think in this finely observed psychological drama.”

“There have been times where I’ve been in an unfamiliar town, on an unfamiliar street, and felt fear. Might someone be lurking, who wishes me harm? Occasionally, though rarely, even in New York, someone casts me a challenging look, or follows too close, simply to intimidate me. My heart beats a bit faster, my feet double their naturally rapid pace. It’s not fun.

“One night, strolling rapidly as I do, I gained on a lone woman walking on a quiet midtown street. She glanced back and quickened her step. She feared me, or at least was apprehensive enough not to take any chances. As harmless as I knew myself to be, I realized the rare instances of fear I feel, must occur daily to women everywhere. Statistically more independent and powerful than ever, women are still constantly reminded of the danger any man might pose.

“I began writing Damsel thinking not about the vulnerability of women, but the lack of evolution of men. Along the way, I found myself questioning other ways our society fails to live up to its current image on paper.”

Caudle is the author of The Sunken Living Room; Visiting Hours, which premiered to critical acclaim in New Orleans, and was named Best New Play of 2012 by the Times-Picayune; Leg Man, a S.T.A.G.E. Finalist, which received a table workshop at Point Park University. His work has been developed at the Sewanee Writers Conference, the New Harmony Project, and the Dorothy Strelsin New American Writers Group at Primary Stages. Caudle is currently working on two new musicals, and has written the screen adaptation of “Major Conflict: One Gay Man’s Life in the Don’t Ask, Don’t Tell Military,” by retired U.S. Army Major Jeffrey McGowan.