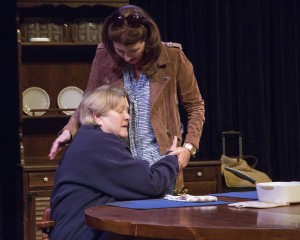 Wyoming Theater Festival​, the not-for-profit company devoted to producing workshop productions of new plays and musicals in the quiet of the High Plains, far from commercial pressures, will return in August 2019 for a new season following its current 2018 hiatus. [Editor’s Note: In spring 2019, the company faced funding issues and cancelled plans for 2019, with no announcement of a future life for the organization.] partners was noy abSupporting “New Plays in the New West,” WyoTF imports theater artists from the state, region and nation, offering writers barebones developmental productions as well as script-in-hand readings. The goal is the development of new works, with dramatists being the focus of the festival. 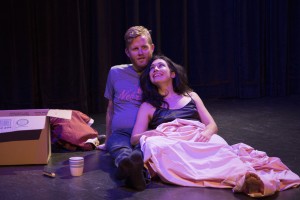 Artists, titles and venues for the 2019 WyoTF will be announced at a later date. A relationship with Actors’ Equity Association will continue, artistic director DannyLee Hodnett told me, as will connections with prominent theater regional companies and some past festival artists. Kenneth Jones’ six-actor comedy Hollywood, Nebraska (directed by Scott Alan Evans) was produced on the WyoTF mainstage in 2017, alongside Mark Saltzman’s musical Another Roll of the Dice and Gabrielle Sinclair’s The Resolute. 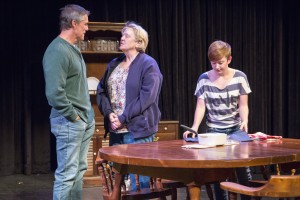 The festival began in 2015. Check out its past titles. Starting in 2019, WyoTF will be an annual event following its current 2018 hiatus.

“A lot has been learned over the last few years,” artistic director Hodnett said in a statement. “WyoTF is taking a break from production this summer in order to put what it has learned into practice. We’re gathering facts about our past seasons and listening to the community here in Sheridan and in our wide family of supporters and artists. We’re working to grow Wyoming Theater Festival so that it not only resumes in 2019 but continues annually without interruption from that point on.” 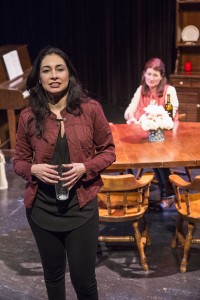 With a new not-for-profit status separate from its earlier supporting organization at Sheridan College, WyoTF’s mission will remain “connecting theater and community by fostering the development of new and revitalized theatrical works.”

Special events such as talkbacks, after-show parties, lectures and discussions will again be part of the mix in 2019 and beyond, allowing Sheridan residents and visitors to interact with professional actors, writers, designers and directors from around the nation.

Hodnett estimated that over $200,000 in economic activity resulted from the theater festival’s activities in 2017. “Many of these dollars came from cultural tourists who traveled to Sheridan and attended festival events,” he said. “In 2017 alone, 23 percent of WyoTF attendees were from out of town. The festival plans to grow this percentage over future seasons, thereby increasing its economic impact.” 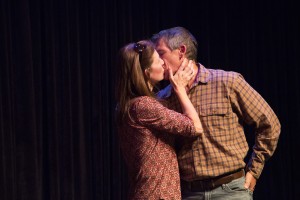 In addition to The Resolute, Another Roll of the Dice and Hollywood, Nebraska,  playwrights Jenny Rachel Weiner and Victor Lesniewski were given a WyoTF residency in 2017 in association with New York City’s Roundabout Theatre Company, providing writing time and readings of their new plays jason&julia and Tentative City, respectively. Also in 2017: Rachel Bublitz heard her play Let’s Fix Andy! in a reading, musician-writer twins Jack and Benny Lipson presented a reading of their musical Miranda, Please!, and Stephanie Fagan’s The Witch Cage was read.

More details about the 2019 Wyoming Theater Festival season will be announced in the coming months at the newly refreshed website wyomingtheaterfestival.com.