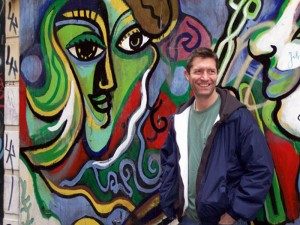 A year after it was shaped in a developmental workshop by 11th Hour Theatre Company in Philadelphia, Barrymore Award winner Michael Ogborn‘s musical comedy Field Hockey Hot — about an ambitious girls sports team battling a boys team in the 1980s — is getting its world-premiere March 5-22 at the Mainstage of The Adrienne in Philly. 11th Hour produces.

Megan Nicole O’Brien, one of the founders of 11th Hour, again directs the musical, which revels in pop pastiche and crossdressing. (Maybe you read my earlier piece about the 2014 workshop of the show.) Opening night is March 9.

Set in 1986, Field Hockey Hot, Ogborn told me, is about “Coach Shipley Barnes, women’s field hockey alumna and coach at Applebee Academy. In an effort to undo her past shame when she served as the goalie for Applebee Appaloosas in 1969, she goes to extremely selfish and questionably ethical means to ensure that the North American title is finally reclaimed, thus breaking the ‘great curse of ’69’ and ending a life of personal torment. Along the way she discovers the meaning true meaning of family, friendship and teamwork.” 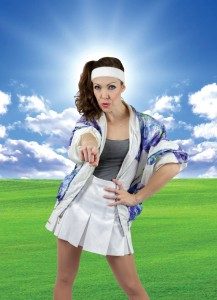 He added, “The stakes have never been higher for Applebee Academy. The melodrama  never ends for these characters. Accidents happen. Deals are made. Secrets, mysteries, romance and miracles transpire — all to a synthesized drumbeat. In the end, it’s just a game, but, oh, what a game.”

The production’s movement by choreographer Ellie Mooney is a hybrid of dance and — yes! — field hockey moves.

Music, book and lyrics are by Ogborn, the New York City composer-lyricist who was born and raised in Philadelphia, which remains an artistic home for him. Beyond this production, his work has been seen locally at Arden Theatre Company (Ogborn’s Baby Case, Tulipomania and Café Puttanesca premiered there), People’s Light & Theatre Company (Ogborn’s panto Arthur and the Tale of the Red Dragon premiered there last Christmas) and elsewhere.

What did Ogborn learn last year in the developmental workshop of Field Hockey Hot? How did the show grow?

“We learned a lot about the structure,” he told me. “How to continually raise the stakes at every turn. We decided the character-tracking for the actors. How to let the cultural period — 1986 — inform and provide context without it taking precedence over the action of the story. We learned how to use the era to our advantage. I set the libretto like a hockey game. The principal players are introduced and as more characters are introduced, the story and action unfolds faster and faster until the end of the game. Building that machine has been so much fun.”

He also said that “a two-act show was taken down to one act” and that “a new character was added — a formidable antagonist. One of the players didn’t make the final cut. I have written three new songs and cut five.” 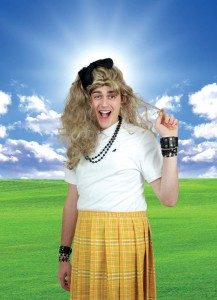 Here’s how 11th Hour bills the show: a “smart and entertaining new satire about a high school girls’ field hockey team, their ambitious coach and America’s favorite pastime…winning! When Applebee Academy’s star goalie is injured two weeks before the championship, Coach Shipley Barnes will stop at nothing to win the North American title. You won’t want to miss this hilarious and zany comedy featuring a pop score inspired by iconic musicians of the 1980s, and a world where field hockey rules all!”

Of the period in which the musical takes place, the songwriter-librettist said to expect “everything that goes along with the infamous year of 1986. The musical conceit is that all songs will be early MTV-inspired. Musicians, dancers, random fans blowing, and stuff like that. All the characters are fictional — except for maybe Elton John and Martina Navratilova.”

Of the rehearsal process, Ogborn said, “I have attended all the rehearsals so far, working on the script hourly. Once previews start, it’s game on. We see what plays and what needs adjusting. The first people to play characters in a new musical are the first people to ask you the most important questions. Collaboration with the actors is as vital a part of the process as any.” 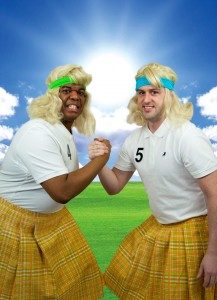 Rob Tucker and Michael O’Brien are The Twins in “Field Hockey Hot.”

Ogborn observed, “What Dan Kazemi has done is reverse-engineer studio vocal arrangements with specific dynamics and intentions that are delivered live. We get the ’80s sound without losing the theatre.”

The Mainstage at The Adrienne is at 2030 Sansom St., in Philadelphia, PA. Visit the 11th Hour website for ticket information.

Ogborn shared some background about the sweat, grit and sound of Field Hockey Hot.

Michael Ogborn: Way back in 1998, During the first round of auditions for Baby Case at the Arden Theatre Company, there were several tall, confident, athletic women who auditioned. I mentioned that some of them reminded me of the girls field hockey players from my high school. [They were] Mary-Louise Parker/Sigourney Weaver types. I said that I thought they were all “field hockey hot.” I took about ten pages of notes and put it away until I realized that it could work for 11th Hour. Setting it in 1986 gave me lots of history to include. Once I had the people and the context, the show came together rather quickly.

Is the setting a private girls school in Philly? Are we taking about rich kids?

Michael Ogborn: It’s set at Applebee Academy, a fictional girls prep school, Anywhere USA. There is a decidedly “WASPy” element in terms of tradition and legacy and the history of the sport itself, but it’s a diverse group of players geographically and economically. 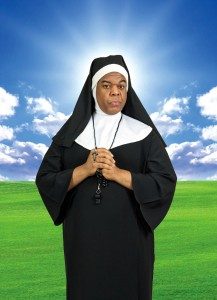 In the era of such films as “Mean Girls” and “Heathers” — titles that are being developed into stage musicals, incidentally — does Field Hockey Hot traffic in characters who are competitive, cruel, aspirational and vulnerable?

Michael Ogborn: No mean girls in my musical.  They are tough, confident, competitive athletes who love field hockey and enjoy being the best. They all have a good sense of humor. The individual characters are motivated by different things but not in opposition to each other.

Would you call it an ensemble show? Or does it spin around principals?

Michael Ogborn: [Coach] Shipley Barnes [played by Jennie Eisenhower] is at the center, surrounded by a featured ensemble of actors, athletes and rock musicians.

Your past shows have played deliciously fast and loose with drag and multiple casting. Any of that here?

Michael Ogborn: Yes. Creative casting is explored and exploited when and wherever it makes sense. I’d like some basses in the ensemble. 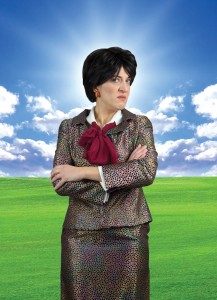 The show is billed a zany satire. Does it have a sweet heart at its center?

Michael Ogborn: There is nothing sweet about a championship Ladies Field Hockey team. It does have a heart. It has a stopwatch for a heart! I would debate the word satire. I’ve written a musical comedy first. It’s best described as “a toast and a roast.” It has a fierce competitive heart at its core.

Who is your ideal audience for this?

Michael Ogborn: People who don’t remember the ’80s and were there, people who weren’t alive but wish they were and folks like me who were there but didn’t have the luxury of enjoying it. In reclaiming that era for myself, I have conjured a musical amusement park ride through an outrageous time and place where field hockey makes the world go around. It’s rated PG13. I’d like the show to lift our audiences out of the present for 90 minutes and deposit them to a state where they can experience all the things that American musical comedies do best.

As a writer, I have been extremely fortunate to compose over 20 original musicals and plays over the course of my career. The people who follow my work are used to my sudden shifts in styles and subjects.

I have also built in an entire new demographic: members of the women’s field hockey community. Teams and alumni groups are buying 10 and 12 tickets at a time. We actually play the big game on stage and a field hockey stick company called Rage cut sticks for our show! 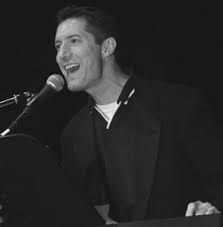 How did your relationship with 11th Hour come about?

Michael Ogborn: Several seasons ago I saw their production of Reefer Madness. It was a mind-blowing night. Here was a new, young musical theatre company with a surprisingly old-school sensibility when it came to American musical comedy. We met about a year later. I offered to write them a show tailored to the strengths of their company members.  I soon remembered the notes I had taken in 1998 for a musical about a girls field hockey team. It was the right time and the right group of people.

What makes their mission or vibe a match for you?

Michael Ogborn: Primarily, it’s a shared love and respect for creating music. Music is at the center of who they are and what they love to do. I can relate to that. Secondly, they excel in that classic style of musical comedy performance that demands the entertainer/character/human to be at home in all three skins at once. I like that kind of theatre.

Michael Ogborn: This year I am also happily moving into the reading phase of a new musical six years in the making, The Three Maries (A Philadelphia Phable). It’s a Cinderella-meets-Pygmalion tale inspired by the historic visit of Queen Marie of Romania to Philadelphia in October of 1926. The show is set in a Mummer’s Clubhouse and features [traditional Mummers’] string band music when appropriate and sometimes when it’s not. I was given the opportunity to present the first act for John Kander and Craig Carnelia at the BMI Master Class two years ago to positive and constructive feedback. I have a reading scheduled in the late spring. The commercial LLC has been formed — “No Addytude Productions.” We will workshop in June/July. Hoping to open before the end of the year. We are looking for commercial space here in Philadelphia, which is very limited. This season has been the most exciting I think I’ve ever had. Arthur and the Tale of the Red Dragon — the panto at People’s Light — was a hit and so much fun to create. Now this, and soon The Three Maries. 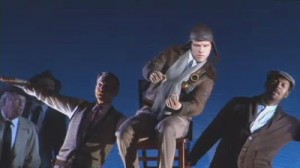 The cast of “Baby Case” at the New York Musical Theatre Festival in 2012.

Ogborn’s Baby Case, Café Puttanesca and Tulipomania were premiered by Arden Theatre Company in Philadelphia. Baby Case, a wildly theatrical, genre-busting musical about the hype surrounding the Depression-era kidnapping of the Charles Lindbergh baby, earned 11 Philadelphia Barrymore nominations and netted four Barrymore Awards including Outstanding Music and Best Musical of the Year. A revised staging in New York Musical Theatre Festival (NYMF) in 2012 snagged four festival awards including Best Music & Lyrics and “Best of the Festival.” The title is starting to get picked up by regional theatres and university troupes.

Ogborn’s musical pantos have been popular holiday attractions of People’s Light & Theatre Company in Malvern, PA. In 2008, Cinderella: A Musical Panto (written by Kathryn Petersen, with songs by Ogborn) received seven Barrymore nominations and four awards including Outstanding Original Music and Best Musical of the Year. It was revived by PLTC in November 2013. His Treasure Island panto was recently published by Playscripts Inc. Ogborn’s revue about the life theatrical, Box Office of the Damned, has been seen regionally. Its 1993 Off-Broadway staging featured a then-unknown Kristin Chenoweth.