Melissa Ross Talks About “Of Good Stock,” Her Play About Three Sisters Struggling With Family Legacy 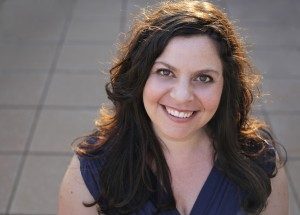 In Of Good Stock, the new play by Melissa Ross now at Manhattan Theatre Club‘s Off-Broadway home at New York City Center Stage I, the sisters Stockton — Jess, Amy and Celia — are reuniting at the family’s vacation home on Cape Cod to celebrate the birthday of Jess. It’s an important milestone. She’s surpassing the age of her mother, who died from cancer years ago.

That Jess, the oldest, played by Jennifer Mudge, is also now in treatment for cancer herself is one of the plot points unpacked in the humor-flecked drama about the uneasy gathering of the complicated women, who are the daughters of a famous late novelist along the lines of JD Salinger or Norman Mailer. Alicia Silverstone plays the selfish, materialistic middle sister Amy, and Heather Lind plays free-spirit activist Celia, the youngest. The characters are all accompanied by the respective men in their lives: Kelly AuCoin as Jess’ husband, Fred, Greg Keller as Amy’s fiancé, Josh, and Nate Miller as Celia’s younger boyfriend, Hunter. 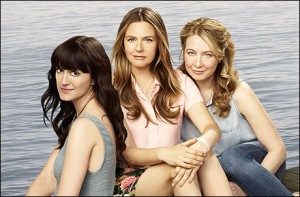 A play about three sisters? Was Anton Chekhov — or Wendy Wasserstein, for that matter — on Ross’ mind?

“Wasserstein and Chekhov are two of my favorites and constant sources of inspiration,” she told me via email shortly after the play opened. “I did force myself to stay away from The Sisters Rosensweig and Three Sisters while I was writing the play, so that any homage to either was deep in the recesses of my brain and not a conscious choice. I didn’t set out to write a three sisters play — but I feel thrilled to be a member of that very cool club.”

Of Good Stock‘s New York City premiere, which began previews June 4, opened June 30 and continues to July 26, follows a separate spring world premiere by South Coast Rep in Costa Mesa, CA, where a different cast and production team worked on it. This East Coast premiere is directed by MTC artistic director Lynne Meadow. You can get tickets and more information here. 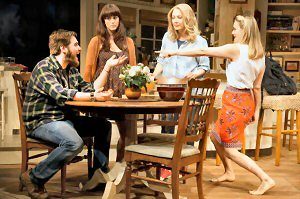 New York City-based Juilliard School alumna Ross, whose play Nice Girl was recently produced by Off-Broadway’s Labyrinth Theater Company (the same company behind her Thinner Than Water), took some time out to answer a bunch of my questions about Of Good Stock.

I’m always curious about the first blush of a play in a writer’s imagination. When you were first conjuring Of Good Stock, what did you “see” first? A character? A setting? A situation?

Melissa Ross: I definitely wanted to write something set in a vacation home. Initially the three women were going to be old friends. My plays usually start out with me “overhearing” snippets of a conversation. In this case it was Fred and Jess preparing for the arrival of everybody else. But it wasn’t until they started talking about Celia and Amy that I figured out that they were all sisters.

The struggle of children of famous people — literary lions, actors, directors — has been written about, sometimes by the children of celebrities themselves. How did you arrive at the father being a novelist?

Melissa Ross: Mick Stockton became an iconic writer once I started digging into the themes of “what we leave behind” in the play. Books exist as tangible literal things that you can hold in your hand — but are rapidly disappearing. People don’t own and collect books the way they used to — everything has become so digitalized. I liked the idea of novels being something that could evolve into movies and TV and other incarnations beyond the original intent of the artist. And how they could simultaneously be a gift and a burden to whoever inherited the control of their future. Also, since I wanted the family to have ties to Boston — Mick being a writer felt the most New England to me.

I know it’s unfair to ask, but since “favorite” children are mentioned in the play, is one of the sisters in the play your personal favorite? Someone you most identify with? How come?

Melissa Ross: Ha! I identify with all of them in different ways and at different times. The men, too. It depends on the day and on whatever is going on with me at the time. I will have moments with all of my characters in all of my plays — where something happens and I’ll say, “That was such a ____ thing to say/do.” It’s fun when it happens and always surprises me. It’s similar to the feeling of saying something that reminds you of a relative. When you recognize the part of them in you. 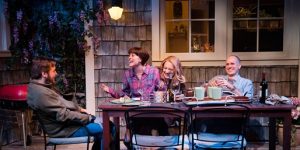 I love how uncomfortable the word “mom” becomes for Jess in the play, underscoring the pain of legacy — particularly the legacy of illness. I got the sense that Jess’ pain was as psychic as it was physical. That is, she may actually get better from chemo or radiation but she (and her sisters) and struggling with emotional scars of their heritage. Does that thought pop for you, or am I overly sensitive on this?

Melissa Ross: One of the things I was interested in exploring with this play — was the idea of being the last surviving members of a family. And the heartache of outliving everybody around you. I think for these three girls — growing up without their mom was pretty rough. And I do think that for all people — passing the age of a parent, where something significant happened that is currently being mirrored in your own life — can be hugely resonant and meaningful and strange and sad.

I’m curious to know how the play changed between South Coast Rep and Manhattan Theatre Club. Did you revise?

Melissa Ross: My biggest revisions were cuts. I tend to write very long plays and then pare them down in workshops and rehearsals. Some of the changes from coast to coast this time around killed a proverbial darling or two. Some may get put back? Some may stay gone? Having the two productions so close together was very helpful in thinking about what the “final” version of the play will be.

I love that you didn’t vilify the men in the play. These are not easy women to deal with. I got the real sense that in two of the sisters’ cases, a real family was possible. There’s hope there. Was there a version where the men were “bad” or as troubled as the women? How have the men evolved?

Melissa Ross: As nice as they all are, I do think in some ways the men are as troubled as the women — just in different, less obviously messy ways. I tend to be of the mindset that within the spectrum of “good” and “bad,” most characters (and people for that matter) exist somewhere in-between the two. 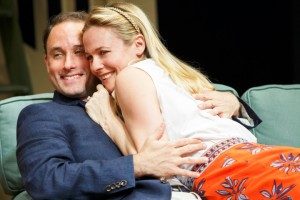 Greg Keller and Alicia Silverstone in “Of Good Stock.” (Photo by Joan Marcus)

Do you ever imagine what happens to your characters after the curtain falls? What do you hope happens? (Or is that our job?)

Melissa Ross: I do! But I don’t like to say. Since it often isn’t fixed. In another play of mine [Nice Girl] that was just presented at Labyrinth, there’s a car that drives up in the very last moment of the play. I am constantly changing my mind as to who is in that car and what that means for the character waiting for it to arrive. I like to think that it’s a secret of the play. And that every audience member will have their own experience of the future of the story. I would hate to influence anybody’s ideas or feelings just because I have an answer that is then perceived to be the “right” one. Especially since my opinion can be slightly ephemeral.

Why is Cape Cod the setting of Of Good Stock? Is it territory that you know?

Melissa Ross: Being from Massachusetts, Cape Cod was a big part of my life. The longer I live in New York City, the more I occasionally feel like a misplaced New Englander. Most of my Boston plays [like Nice Girl] take place in the past because I don’t have a handle on what contemporary life is like there anymore. But by writing about New Yorkers with Massachusetts ties I was able to reconcile my connection to home while still being for all intents and purposes a New Yorker. 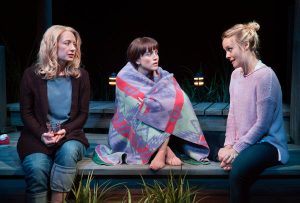 Jennifer Mudge, Heather Lind and Alicia Silverstone in the MTC run of “Of Good Stock.” (Photo by Joan Marcus)

When you were writing this (or when you write other things) are you a meticulous outliner or do you write more freely? There’s a gorgeous scene between the sisters on a dock at night as they look out on the dark ocean that holds their parents ashes. Did you know early on that this would be a major “destination” for the women?

Melissa Ross: I am the opposite of a meticulous outliner! Sometimes I wish I were more structured. Usually I just keep writing forward — and let the characters surprise me. I didn’t know that they would wind up at the dock until Amy declared she was headed there. And then I had no choice but to follow her. I usually have themes that I mull over for a while before starting a play. And often there will be a scene or scenes that I know that I’m writing towards. But other than that it’s usually a mystery. And then I’ll see clues along the way when it’s all finished — like a trail of breadcrumbs — that let me know that my subconscious may have known more than I thought.

What was your exposure to theatre as a kid? Did your folks take you?

Melissa Ross: Most of my earliest theatre exposure was through my grandmother. One of my favorite things to do when I was little was to listen to all of her old records — most of which were musicals. And we’d watch a lot of the movie musicals on TV together. My grandmother also took me to New York for the first time and to my very first Broadway show. Most of my early love of theatre and music is wrapped together with very fond memories of her.

What writers/playwrights do you admire? Whose works influence your work?