With “Mama,” Carleton Bluford Is First African-American Playwright to Get World Premiere in Utah 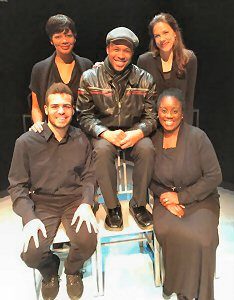 Plan-B artistic director Jerry Rapier, who did the research and cannot find a record of a professional play by a black writer in the Beehive State, directs the four-actor work by actor-writer Bluford. Read my 2014 Q&A with the playwright, who talks about his life and work.

In addition to the milestone for an African-American writer in Utah, Rapier told me, “As far as I can tell the plays we’ve staged by Jenifer Nii — three, [including] one later this year, one more next season — are the first by an Asian-American playwright.” 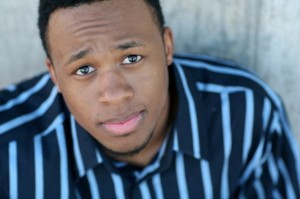 Mama scribe Bluford previously told me that when he was first conjuring the play his mother, Dawn Bluford, “kept coming into my head.” He explained, “She probably doesn’t know this but she’s often on my mind. So I decided to get it out of my system and write what was on my heart and mind. The [play’s] focus on motherhood was really just to show her that I understand her sacrifice — the sacrifice of most, if not all, women who give up so much for their families.”

Bluford added, “It’s not a traditional, linear play and I like that. It’s more of a patchwork quilt — looking at each square. Eventually, by the end, you get the overall theme and idea — as well as individual slices of life.”