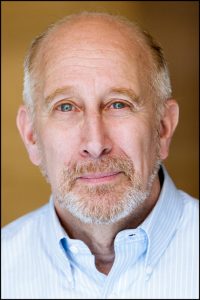 Love On Ice, a new musical comedy about May-December lovers who consider preserving their relationship for eternity with the help of cryogenic suspension, will be introduced to Manhattan audiences in two readings of the first act of the work-in-progress. Collaborators Bill Nabel (co-librettist/co-lyricist), Jeffrey Lodin (composer) and Bill Squier (co-librettist/co-lyricist) will be on hand for the Aug. 24 and 31 presentations in the N.E.W. Musicals/Not Even Workshopped series at The West End Lounge.

The ghosts of Ted Williams, Walt Disney and Michael Jackson appear in the show, which was inspired by a true story, though there is no solid evidence Disney and Jackson are in a Frigid-Aire somewhere. Librettist Nabel says ballplayer Williams is indeed cryogenically preserved. (The Cryonics Society shares more here.) 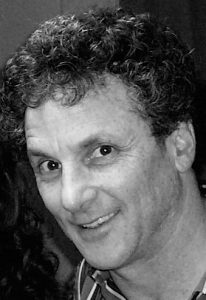 “The idea for Love On Ice came from a newspaper article about a French doctor whose wife died suddenly of ovarian cancer and he froze her, cryogenically,” Nabel tells me. “He was sued by the French government for keeping a frozen body in his basement. He knew it was crazy, a one in a million chance, but he loved her so much, it was worth the chance — worth the one a million, worth the one. I thought it was a love story. And if it’s a love story, it’s a musical. The show really started to gather creative momentum when Bill Squier and Jeffrey Lodin came on board. Bill’s lyrics and songs are so consonant with what this story says about life and love. Jeff’s music is pitch-pastiche-perfect. It’s hip and heartfelt and it rocks and it always speaks through the characters.”

The Love On Ice presentation represents early stages of the project; Act Two is still being written, and a director and producer are not yet attached.

The show was previously developed in the Finger Lakes Musical Theatre Festival at the Merry-Go-Round Playhouse in Auburn, NY, in 2013 as part of a series called The PiTCH. 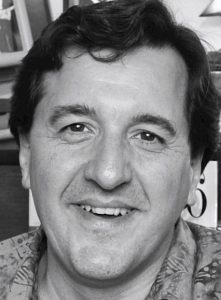 Co-lyricist Squier tells me, “That was very early on in the process of writing the show. The series is structured as a kind of residency where the creators of a brand new musical are given the run of a small theatre space for a week. You spend you time at the beginning of the week putting together a presentation that’s kind of like a backer’s audition. And then the writers perform the material for three audiences over the weekend. It was a great way for us to take our collaboration on a trial run to see how well we all worked together — which I’m happy to report was a beautiful thing! We all enjoyed performing together, spent the day after each performance doing rewrites and then trying them out the next evening. And we found out that we’re all pretty fond of bourbon.”

Here’s how Nabel describes the Love On Ice plot: “On his wedding night, Charles Martin — ‘December’ of a ‘May-December’ marriage — sees an infomercial for Cryonix, a cryogenic freezing service that will ‘freeze you into immortality.’ After an episode of midlife crisis, Charles realizes that because he’s older than his bride, Marie, they won’t have their fair share of time together. So he asks Marie, if he should pass, to freeze him. Then, in the future, science could cure him, he could be revived, and he could live and love his wife, happily ever after, just like a fairy tale. Marie is cold to the idea. To convince Marie, Charles takes her to the local Cryonix laboratory run by Doctor Merkle, who introduces them to the frozen tanks of Ted Williams, Walt Disney and Michael Jackson. This releases their ghosts who function as the chorus in the first act and have an active function in the second act. Cristian Prioux is an old flame of Marie’s, and seeing her again had rekindled his desire for her. As he looks to insinuate himself into Marie’s life, he stumbles onto Charles’ cryogenics bent and surmises that Charles is dying and he really might have a second chance with Marie.” 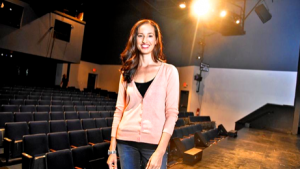 “Ted Williams is really cryogenically preserved,” Nabel contends. “Well, his head is. We’ve hypothesized that his ghost is holding batting practice in heaven, which doesn’t seem like a stretch. We’ve given the ‘ghost’ treatment to Walt Disney who, urban legend has it, is frozen and buried under the Pirates of the Caribbean [exhibit at Disneyland]. We’d like to verify that someday. We’ve given ghost treatment to the great Michael Jackson, who’s just got be frozen somewhere too, don’t you think?”

Expect a genuine book musical with songs in a contemporary style ranging from rock to commercial jingles.

The challenge of the writing, Nabel says, “has been to keep the love story going — to keep the heart going. Everything that this guy does, he does because he loves this woman. When things get crazy, and they do get crazy, I keep looking for the heart of the play. At the first run through on Thursday, it was there. Jim Walton [who plays Charles] has a lot to do with that…”

Co-lyricist Squier explains, “You’d think the balance of humor to pathos would be tricky, but it hasn’t proved to be. The show’s style kind of reminds me of fantasy films that involve heavenly intervention, like ‘Here Comes Mr. Jordan’ or ‘A Guy Named Joe,’ with a mix of quirky comedy and heartfelt emotion.”

Lodin & Squier‘s musicals include Blindsided by a Diaper, A Hundred Years Into the Heart and Benedict Arnold, among others. Nabel‘s stage works include the musical Take Me America and the plays Lying to Spielberg and Love, Loss and What I Drove. As an actor, he has appeared in eight Broadway shows, playing more than 9,000 performances. (I first met the talented Nabel when he was cast in a Manhattan reading of my play Alabama Story in NewTACTics, the new play series of Off-Broadway’s TACT/The Actors Company Theatre.)