At Long Last Love! How Cole Porter’s “You Never Know” Got a Second Act 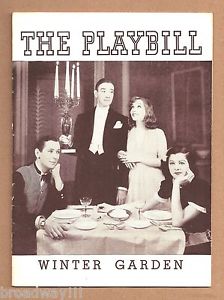 The 1938 Broadway Playbill of “You Never Know.”

The late composer-lyricist Cole Porter‘s birthday is June 9. Here’s a look at his obscure 1938 musical You Never Know, a revised version of which pops up in regional theatres every once in a while.

Meadow Brook Theatre in suburban Detroit is closing its 2013-14 season by unearthing a musical comedy oddity in the form of the forgotten Cole Porter show You Never Know, a relic from 1938 that had a bumpy tryout on the road — including a stop at Detroit’s long-gone Cass Theatre — before its short life on Broadway.

The production directed by MBT artistic director Travis Walter in Rochester, MI, represents a revised version of that Broadway script. Director-writer Paul Lazarus first excavated and retooled that dusty property back in 1982.

This marks the Michigan premiere of the Lazarus revision, boasting such Porter hits as “Ridin’ High,” “Let’s Misbehave” and “At Long Last Love.”

You Never Know’s weeklong run at Detroit’s Cass in April 1938 was one of an astonishing dozen Depression-era bookings before Broadway, according to “The Complete Lyrics of Cole Porter.” It played big cities and small, covering wide territory: Philly, Boston, Chicago, Des Moines, Hartford, Buffalo and more. Such an extended tryout is unheard of today; economics are different now.

You Never Know was a narrative mess on the road, and played just 78 performances at Broadway’s Winter Garden in fall 1938. The cast numbered 48. 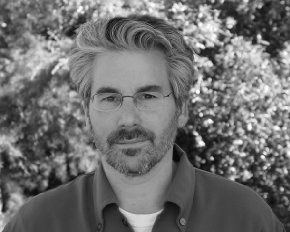 “I got into the Shubert [producing] archives and was able to see the trajectory of various scripts from all those tryouts — it just got worse and worse and worse,” adapter Paul Lazarus says by telephone from California, adding that the 1938 musical had little connection to its source material, an intimate European farce called By Candlelight.

“[The Shuberts] basically took this chamber farce, shredded it, and started adding characters and sets and choruses and dancing specialty acts,” Lazarus explains. “It was blown up to a frog-sized ’30s musical. It was terrible.”

Nevertheless, a version of that Broadway show — with its bloated story and an incoherent and incomplete score by Porter and others — was available to be licensed for stock and amateur productions over the years. In ’82, a Vermont producer — Dorset Theatre Festival — handed the jumble to Lazarus with an eye toward a summer stock revival. At that time, Lazarus was a freelance director and a New York City radio host known for his WBAI showtune program “Anything Goes.” 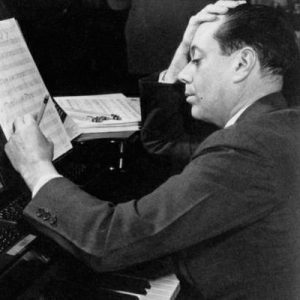 Fans of composer-lyricist Porter know that at the time of the creation of You Never Know, the songwriter suffered a serious horse-riding accident. The mythology of his flamboyant persona includes an apocryphal story of him pulling out a notebook and working on some lyrics — to “At Long Last Love” — while he awaited rescue. (That’s the semi-famous song that begins with the lyric, “Is it an earthquake, or simply a shock?/Is it the good turtle soup, or merely the mock?”)

Porter’s legs were crushed. Surgeries followed. He was mentally and physically distracted. So producers brought in five other songwriters to augment the ’38 score in tryout, though it remained marketed as “Cole Porter’s” show, above the title. Lazarus, a fan of the heritage of Broadway music, took one look at the old script and score of You Never Know and asked himself, “What would Cole Porter do if he had the chance to approach it anew?”

“I virtually rewrote the whole thing,” Lazarus admits. With an eye toward that 1982 summer run, Lazarus began by examining By Candlelight and looking at Porter songs from You Never Know. 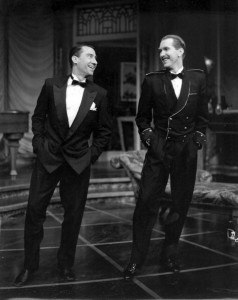 David Garrison and Harry Groener in the revamped “You Never Know” in 1991. (Photo by Craig Schwartz)

“I took the play and I figured out how it could lead to some of the songs [from the ’38 musical],” he says. Lazarus also drew from Porter’s vast catalog of songs, with the permission of the late tunesmith’s estate. Songs from other shows were folded into the revised piece: “Ridin’ High” is from 1936’s Red, Hot and Blue; “Let’s Misbehave” originated in 1928’s Paris; “I Happen to Be in Love” is from the film “Broadway Melody of 1940.” “Let’s Not Talk About Love” (from 1941’s Let’s Face It) was added to the score, but the original lyric included topical references from the 1940s. Lazarus edited the song and cobbled together verses, cutting any hint of wartime America.

Adapter Lazarus vowed: “I’m only going to use songs that are really story-driven. Not just hits. And I am purposely going to avoid…plucking big standards by Porter.” He says, “It became a game of not just taking big hits, but trying to serve story.”

For example, Lazarus changed the setting from a slower Vienna of 1938 to a fizzier Paris in 1929, moving all the action at the Ritz Hotel. And a cast that once boasted “hoards” was reduced to just six. 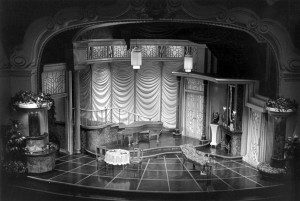 The new small-cast show was a hit for two summers at Dorset Theatre Festival, and its development — including further revisions — continued in regional theatres leading to a major production at Pasadena Playhouse in California (where Lazarus had graduated to artistic director) in 1991. In Pasadena, dance was added thanks to Broadway choreographer Thommie Walsh. The company included Broadway stars Donna McKechnie, Harry Groener and David Garrison, alongside rising star Megan Mullally (“Will & Grace”). It was reorchestrated for California, with zesty work by Steve Orich. (Orich will be orchestrating/conducting a newly revised Brodway-aimed production of Porter’s Can-Can for Paper Mill Playhouse in New Jersey this fall. Kate Baldwin and Jason Danieley star.)

The show was a smash in Pasadena. Following a love-letter review in the Los Angeles Times, Lazarus says, “We sold out on the third day.” There was even talk of scrapping the Playhouse season schedule and extending the run indefinitely, but Lazarus wanted to commit to his announced slate. (A later production at Paper Mill Playhouse in New Jersey — not directed by Lazarus — took a drubbing in the New York Times.) 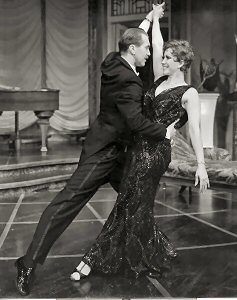 Harry Groener and Donna McKechnie in the 1991 run at Pasadena Playhouse. (Photo by Craig Schwartz)

The key to the success of the revamped show, Lazarus instructs, is to honor the stakes of the farce as much as the songs: “Everybody is in jeopardy,” Lazarus observes. “There’s something at risk for everyone. Unless you develop the status of the Baron and the jeopardy of the butler, you have nothing.”

The Pasadena run spawned a cast recording — recorded a decade later with Kristin Chenoweth assuming Mullally’s maid role on disc — and the Porter estate agreed to have the refreshed Lazarus version published for licensing. It’s available through Samuel French.

Although he says “I’m always a theatre person,” Lazarus is now primarily a television and film director, writer and producer. His latest project is a feature documentary called “Slingshot,”  about Segway Personal Transporter Inventor Dean Kamen‘s effort to bring clean drinking water to nations in need via his new water purification technology. 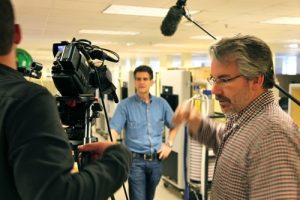 It turns out that You Never Know brought Lazarus and Kamen together. “He lived in New Hampshire, and my father, who was working with him, invited him to the premiere,” Lazarus says.

According to “The Complete Lyrics of Cole Porter” (Knopf), the songwriter wrote 21 songs for the show; not all were used, of course. The revision uses the following from that list: “You Never Know,” “What Is That Tune?,” “From Alpha to Omega,” “What Shall I Do?,” “At Long Last Love,” “By Candlelight,” “I’m Back in Circulation” and “I’m Going in For Love.” 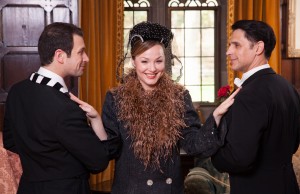 Porter described the 1938 show as the worst production that he’s ever been associated with, but he remained grateful to the Shuberts for encouraging him to return to work after his accident. He sought to have his future shows booked at Shubert theatres. (He died in 1964, 18 years before Lazarus’ revision. For the record, there was also a short-lived 1973 Off-Broadway revival of the original script and score.)

Find the 2001 cast album of You Never Know here.