In Arizona, Emerson Theater Collaborative Tells “Alabama Story,” a Tale of Hate in a Time of Social Change 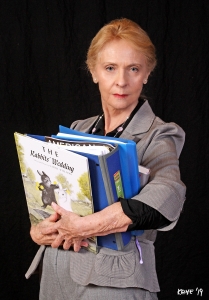 ETC co-founder and president Camilla Ross told me, “We wanted to choose a play that would resonate for Black History Month, one that encompassed the lingering social issues of today. We continue to live in such a time that censorship, racism and other -isms are still so prevalent. The moral compass of our leadership is lacking, and so many continue to fear and hate others who don’t look, think or behave like ‘them.’ We live in the year 2019 and we still have people fighting for basic human rights.”

Alabama Story is set in the racially segregated South of 1959 and follows the true story of the state librarian, Emily Wheelock Reed, who was persecuted by politicians for protecting a children’s picture book about a black rabbit marrying a white rabbit. (I’ve often said that it’s a play about white people “devouring each other” over issues of race and power. A reflective story about childhood friends Lily and Joshua, a white woman and a black man, reunited that same year, shows the private heart of the public issues being fought over in the capital.) The year 2019 marks the 60th anniversary of the play’s true events. 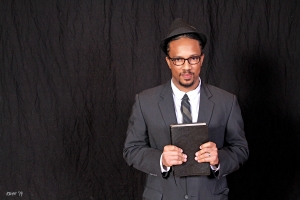 This is the 21st regional presentation of the play since its 2015 world premiere by Pioneer Theatre Company in Salt Lake City, UT. Get more information and request a perusal copy of the script here.

“This play allows others to see an old perspective that is still alive and flourishing,” producer Ross says. “It speaks volumes of our country, and what we as a nation chose to stand for. This play brings to light the lingering hatred of social change, with the us-versus-them syndrome and it allows us to see the truth of history. It repeats if we do not learn the lessons of the past.” 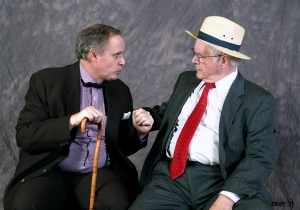 Alabama Story is the ninth production produced by ETC in Sedona in the two years since Ross relocated there from Connecticut. Emerson Theater Collaborative has produced over 35 productions in 11 years. Its Connecticut producing arm still exists.

Emerson Theater Collaborative’s goals include “reaching youth through educational theatrical programming, supporting local communities by providing free admission to low-income families, and donating profits to humanitarian causes.” ETC seeks to “develop and nurture both emerging and professional artists, and collaborate with the Emerson College network of alumni and students.”