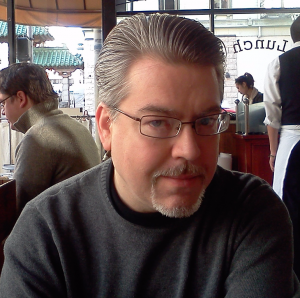 Owen Thompson’s new play The Green, charting the machinations of a handful of U.S. soldiers at the end of the Vietnam War, will get a reading in The Workshop Theater’s Sundays@Six reading series 6:30 PM Dec. 11 in Manhattan.

Here’s how the six-character play is billed: “At the bitter end of the Vietnam War, the very last American soldiers restlessly wait for the fall of Saigon. But two of them share a dangerous secret and will do almost anything to get out of the pressure-cooker of a city before it is taken. A story of wartime passion, intrigue, and betrayal, The Green asks us to consider just how far we would go for love.”

Thompson, an actor, director and playwright who recently directed a potent, video-infused The Skin of Our Teeth for Marymount Manhattan, will be hearing the play for the first time. Parts of the profane drama have been read in the 72nd Street Gang Playwrights Group.

He told me, “The play came about in a couple of ways. I was working on an entirely different play in which a character I wrote referred to his time in the Vietnam War and I got totally bogged down and unable to finish it. As an exercise, I decided to just write a scene from his earlier life to see if I could learn more about him. It seemed most interesting to me to go back forty years and put him in Saigon, just before its fall. But then, as I began to write what was only meant to be a brief exercise, other voices started to speak to me.” 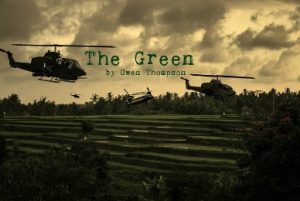 He added, “I was no doubt influenced by the many friends I’ve had who fought in that war — the closest of whom used to refer to his tours in the Vietnam countryside as his time in ‘the green’ — and before I knew it, a world I hadn’t expected started to open itself to me.”

The reading is free and open to the public. It will be heard in Workshop Theatre’s Jewel Box space at 312 West 36th Street. (Usually, the Sundays@Six readings are at 6 PM; The Green begins at 6:30.)

In the Sundays@Six series, The Workshop Theater “presents sit-down readings of new and revisited scripts by company playwrights, or projects initiated by company artists, generally followed by a moderated dramaturgical discussion.”