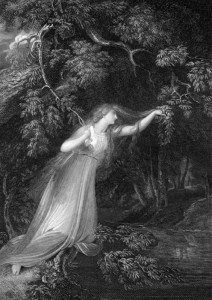 The women of Shakespeare’s plays will be given fresh voice in a new recording project called “I Grant I Am a Woman” by Chicago theatre artists Corliss Preston, Michelle Shupe and John Slywka.

The CD will include voices from the great ladies of the Bard’s canon — including Julius Caesar‘s Portia, whose words were borrowed for the title — mixed with a music-and-effects soundscape.

Billed as “a spoken concept album,” it’s being funded by a kickstarter campaign that continues to Oct. 1. The project was initially conceived as a multi-media theatre piece for four women, seeking to explore the feminine perspective through Shakespeare’s words. The collaborators later decided that the script could also be presented as “an aural feast on CD adapted for two female voices” — Preston and Shupe.

The final script is credited to Preston. (I first met Michelle Shupe when she was a rep actress at Alabama Shakespeare Festival in 2013 and was cast in a reading of my play Alabama Story as part of ASF’s Southern Writers’ Project.) 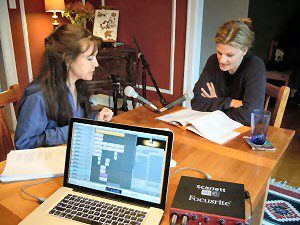 Corliss Preston and Michelle Shupe working on an earlier demo of “I Grant I Am a Woman.”

“I see the possibility of a performed piece emerging from this initial [CD] project,” Preston told me. “That was the original idea — an ensemble piece for women where age, race and physical type were not a condition. I see other incarnations as well.  Of course, when you talk about a multimedia project, the amount of money involved rises quickly. It made more sense to contain the piece so that we could afford to produce it with the care and detail that it deserved.”

The 45-minute “I Grant I Am a Woman” recording will also feature guest artists British stage and screen actor Stephen Dillane and flutist Julie Koidin.

Here’s how the work is billed: “A collision of artistic styles adorned by original music, ‘I Grant I Am a Woman’ is smart, funny and emotionally intense — psychologically moving through surprising twists and turns.  The CD is structured to be enjoyed either in small sections, as one would listen to a single song, or all at once to immerse oneself in the work’s ‘full ride.'” 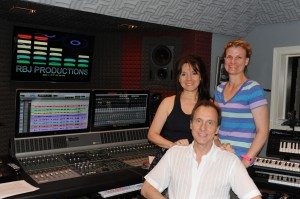 The piece “metamorphoses Shakespeare’s original language, creating a new way of hearing and looking at the beloved playwright. The CD allows listeners to hear familiar lines and phrases as if they had never heard them before, rediscovering Shakespeare’s genius in a different context from a unique perspective.  It is also accessible to those who have never known the Bard.”

The project “can also function as an excellent creative tool for teachers, students or scholars who seek to think innovatively about literature that has been with us for centuries. With so many more women students than men in most theatre programs, it is a performance using verse and ensemble with the focus on text and the female voice.”

Was it a maddening process choosing which of Shakespeare’s many women to include in the piece? Is there an “anchor” character for “I Grant I Am a Woman”?

“I found nothing maddening about it,” Preston told me. “They all became one in a very wonderful way. I don’t think there is an anchor, per se, however, the title popped out at me very early on. The strength and simplicity of Portia has always had a strong effect on me.” 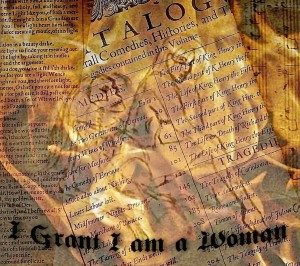 Album art for “I Grant I Am a Woman.”

How did the idea shift from a live piece to a recorded project?

“John first brought up the idea of a demo so we could demonstrate the text in order to sell the bigger idea of a live piece,” Preston explained. “However, the idea of it being all sound was extremely exciting to me and when we started to work on it, we got more excited. We were not limited by the visual; our imaginations could fill in blanks and create everything we needed to see. And each listener could imagine different things. …It is about the words — to be enveloped by them. The music and sound surrounding them is an integral part of the experience. It is experienced very much like reading a book or listening to a piece of music to be enjoyed on a good sound system.”

What was Preston’s first brush with Shakespeare?

“I think Romeo and Juliet and A Midsummer Night’s Dream were the first two I read,” she said. “I remember making costumes for my Barbie dolls and brought them into class — think that was about sixth grade. But it was Kurosawa’s ‘Throne of Blood’ shown to me in my high school English class while reading Macbeth that made me see everything in a different way. So I guess Lady M leapt out at me. I then started to write papers about Richard III and Hamlet, looking more deeply into the reasons behind actions.” 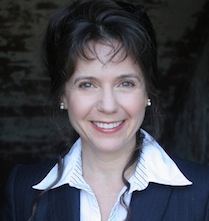 Corliss Preston has worked as a professional actress (theatre and voice over talent) for the past 30 years. She has performed in 20 states and participated in the Utah (10 seasons), Oregon, Alabama, Illinois and Sante Fe Shakespeare Festivals. She has taught at Harvard summer school, New York University (10 years at Playwrights Horizons Theatre School) and various camps during her seasons with Shakespeare Festivals. She continues to coach privately. Since she has been in Chicago, her interests have expanded to playwriting, directing, sound design and producing. She was trained at Indiana University and the Bristol Old Vic Theatre School in England. 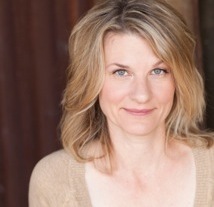 Michelle Shupe has worked as a professional actress (theatre, voice-over, television) for the past 20 years. Based in Washington, DC, for years and then branching out to New York and beyond. She’s a veteran Shakespeare actress. She has taught with ETC and The Shakespeare Project of Chicago, is an alumni of WSC Avant Bard and continues to coach privately. She directed Twelfth Night or What You Will at Taffety Punk Theatre Company in Washington, DC. She also served as dramaturge for four season of The Shakespeare Project of Chicago. She was trained at the University of Northern Colorado and Circle in the Square. 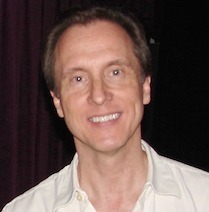 John Slywka is a musician, recording engineer, composer and sound designer. He earned his Bachelor of Music degree from the University of Miami, Coral Gables, Florida. He has been a 25-year voting member of NARAS and is affiliated with ASCAP. He was composer and sound designer with Corliss Preston for Shakespeare’s Twelfth Night or What You Will in Washington, DC, for the Taffety Punk Theatre Company, directed by Michelle Shupe. In fall 2013, he wrote music for the Shakespeare Project of Chicago’s readings of The Merchant of Venice.

Here’s the Shakespeare passage that inspired the CD’s title: