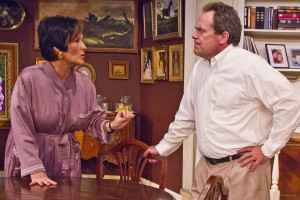 The 25th–anniversary season of Jewish Ensemble Theatre in West Bloomfield, MI, in suburban Detroit, kicked off Sept. 25 with the first performance of Wendy Wasserstein’s rueful comedy The Sisters Rosensweig, heralding a 2013-14 lineup that includes a world-premiere period drama, a play about sports legend Jackie Robinson, a special cabaret and two titles that were runners-up for the Pulitzer Prize.

A quarter-century of performances is something to crow about in the age of regional theatres going dark around the country due to economic hard times. Florida Stage in Palm Beach, Heartland Theatre in Kansas City, Jewish Repertory Theatre in New York City, among others, have all shuttered in the past decade.

JET artistic director David J. Magidson reminds that his Equity company, which presents in the 176-seat Aaron DeRoy Theatre on the campus of the Jewish Community Center on West Maple Road, is “the oldest continuously operating professional Jewish theatre in North America.” (The National Yiddish Theatre – Folksbiene in New York City has been around since 1915, with some breaks over the years. It became an independent nonprofit in 1998.) 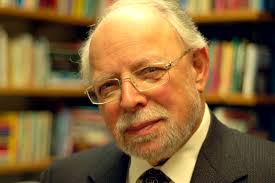 Traditionally, since its founding in 1989 by actress and original artistic director Evelyn Orbach, the mission of JET has been to produce plays by Jewish authors or plays of overtly Jewish subject matter, but Magidson, now in his fifth year as artistic director, says he has tried to broaden the scope to include plays “through a lens of Jewish principles” that cross over into shared values in the Judeo-Christian experience. Namely, thinking about “repairing the world” and seeking “to do what’s right,” which is  “at the center of Jewish thinking,” he says.

Magidson is directing the late Wasserstein’s 1992 dramedy about the choices made by — and the bonds between — middle-aged Jewish-American sisters, playing to Oct. 20. A national tour of the play appeared at the cavernous Fisher Theatre in Detroit in the 1990s, and Magidson directed a graduate staging at the Hilberry Theatre at Detroit’s Wayne State University, where he is a professor. The intimacy of JET’s DeRoy stage helps aid the play’s delicate relationships, Magidson says. 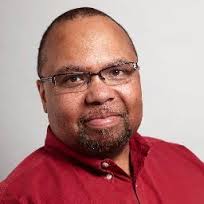 Magidson calls Robinson’s 1947 breaking of the color barrier in baseball the “second act” in American sports that got the American public thinking about “who we are” in terms of civil rights, in advance of the wider blossoming of civil rights in the 1950s and ’60s. (Jewish ballplayer Hank Greenberg playing with the Detroit Tigers — and famously refusing to play on Yom Kippur — was the “camel’s nose in the tent” that started it all in the 1930s, Magidson says.)

The artistic director adds, “If I can get some of the sports guys who don’t want to come to the theatre to come here, that’s good, too.” 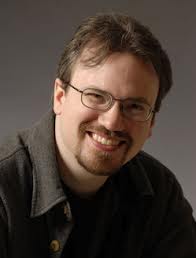 Playwright Joseph Zettelmaier’s “The Scullery Maid” will get its world premiere by JET.

JET will give wing to the world premiere of Michigan playwright Joseph Zettelmaier‘s The Scullery Maid, a revenge play about a Jewish servant in the court of King Edward III in 1300s England. JET developed the play in earlier readings. Joseph Albright directs the staging for a run Dec. 18-Jan. 12.

“The play is a riff on something that really happened during the reign of Edward III,” playwright Zettelmaier says. “He’d sent a Jewish servant to Italy and that servant was captured by a radical religious group and brutally murdered. They spread rumors that the servant was going to spread the plague through Italy and many suffered because of it. This play takes place almost 20 years after that event, but its effects are still being felt in the king’s castle. [The play asks,] ‘What happens when a revenge fantasy becomes a potential reality?’ And ‘What do we have to turn ourselves into to accomplish our vengeance?'”

Magidson observes, “It’s about anti-Semitism in the 1300s. It’s not exactly a roller-skating musical or ‘Tommy.’ It’s an interesting adventure story with a human touch to it.”

The JET season will also offer the Detroit-area premiere of 4000 Miles by acclaimed American playwright Amy Herzog Nov. 6-Dec. 1. Chris Bremer directs the encounter between a flinty, liberal 91-year-old grandmother and her distracted, unsure 21-year-old grandson. Respected veteran Detroit-area actress Henrietta Hermelin returns to the stage to play nonagenarian Vera in the drama that was finalist for the 2013 Pulitzer Prize. 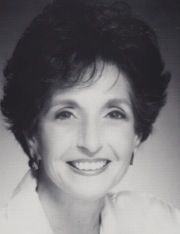 Other Desert Cities, a 2012 Pulitzer finalist, by Jon Robin Baitz, will play April 23-May 18, 2014, in a co-production with Ann Arbor’s Performance Network. PN artistic director David Wolber will direct the dark (and sometimes bitterly comic) family drama about the grown daughter of Reaganite California Republicans revealing that she has written a memoir about family secrets.

Also announced are the cabaret show Cravings: Songs of Hunger and Satisfaction, with song, comedy and food, by and starring Boston actress and singer Belle Linda Halpern, March 22 in the larger Berman Center for the Performing Arts on the JCC campus; non-subscription New Year’s Eve performances of Mark Humphrey’s joke-spiced, solo-actor play Mr. Benny, about actor-comedian Jack Benny (starring Tim Newell); the 18th annual production of The Diary of Anne Frank, for schoolchildren, March 24-April 4, 2014; and the annual Seymour J. and Ethel S. Frank Festival of New Plays presented by Rona Rones in June 2014, in which new plays are presented in barebones readings (with audience talkbacks). Magidson and a reading committee choose titles from a stack of scripts that come in over the transom (a $10 fee is charged for submissions) or scripts found through professional contacts. Here’s more information about the submission process.

What’s the challenge from year to year for this Equity SPT 4 company, which operates on an annual budget of $750,000 and has about 650 subscribers?

Magidson explains, “The challenge is to keep things interesting and provocative and important and entertaining and fun and exciting. Finding that balance. To make sure it’s not a classroom assignment but that [theatregoers] are entertained and want to have something to talk about on that way out.”

JET peforms Wednesdays-Sundays, with Fridays off in observance of the Sabbath. For ticket information, call (248) 788-2900 or visit JETtheatre.org.