Culture of Amateur Dramatics Put Under Microscope in Stephen Kaplan’s “The Community,” To Be Read in NJ 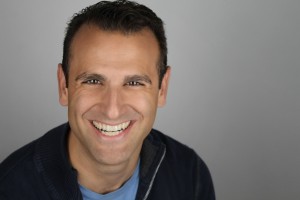 Personal and societal tensions between actors in a community theatre production of Who’s Afraid of Virginia Woolf? fuel Stephen Kaplan’s new serious comedy The Community, getting a reading in Luna Stage’s New Moon Reading Series Jan. 11 in West Orange, NJ. Race and rivalry are among issues explored in the darkly funny play.

Here’s how the play is billed: “Chris Marshall has just been cast as George in Mt. Laurel Community Players’ production of Who’s Afraid of Virginia Woolf? He invites Zach, the young black actor who’s been cast as Nick, over for a drink to give him some actorly advice — and possibly to kill him. Whatever works. When the production’s Martha and Honey show up uninvited, they find themselves caught in this play about a play (within a play?) tackling deadly issues like race and, perhaps even more dauntingly, community theatre. This ferocious comedy asks questions about how we view stories about race and the not-just-color blindness that many have when trying to talk about it.”

Kaplan is a New Jersey playwright whose works — often touching on ideas of family, identity and community — include A Real Boy, Exquisite Potential, For Unto Us, The Seventh Son, The Book of Daniel, In Mrs. Baker’s Room and more. Visit bystephenkaplan.com to learn more. His work is available digitally through IndieTheaterNow.com, which he calls “a fantastic website that features some of my favorite playwrights.”

Of his apparent bent to write about tribes, Kaplan told me, “Other people are always so much better at noticing these things than me! I never intentionally think about theme as I write, but I guess I’m naturally drawn to stories that deal with some aspect of community and groups and how we all fit into these groups.  I’m part of two communities — I’m Jewish and gay — that place a huge importance on the idea of community, so that’s part of my DNA. But I’ve always felt very fluid in the groups I’m part of. For example, it always fascinated me in high school how people would stick in their cliques and rarely mix — I was the theatre kid that was also friends with the student council, the nerds, the cheerleaders. I love learning about other people and have never understood why anyone would only want to know one kind of person.”

The reading is 7:30 PM Jan. 11 at Luna Stage, 555 Valley Road in West Orange, NJ. Admission is free, with a $5 suggested donation. Reservations are highly recommended. Email boxoffice@lunastage.org and give your name, phone number and the number of seats you want for the reading. All reservations must be picked up by 7:10 PM or seats will be released.

Stephen Kaplan fielded a few questions in the days leading up to his reading.

What inspired The Community? What was the first impression you had when you started: a conflict, a world, a character? What did you “see” first?

Stephen Kaplan: The initial idea I had was a community theatre actor who suddenly finds that he’s no longer the young male lead and what does that do to him. What would happen if he invited his new “successor” over? That was the first thing I saw in my head and it’s still what starts the play now.

Stephen Kaplan: The very first plays I ever saw were at a local community theatre (the sadly now defunct Encino Community Theatre in the San Fernando Valley) and all my life I’ve been involved in some way with community theatres, so they hold a huge place in my heart. I love that people are just doing theatre because they love it and are passionate about it. There are definitely “types” from that world that have found themselves in my play, but I think these are types that are found in any kind of theatrical world and are not solely in community theatre. The last thing I ever want is to mock this world but it’s definitely a habitat that is ripe for drama (as can be seen by so many works inspired by it, including “Waiting for Guffman” and the recent Shows for Days by Douglas Carter Beane) because anywhere there’s passion, there’s going to be drama. 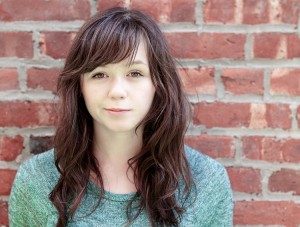 Tony Award nominee Emily Skeggs, of “Fun Home,” will read a role in “The Community.”

Can you share a little bit more about the main conflict and characters of the play?

Stephen Kaplan: The initial conflict comes from my original idea of Chris, an “aging” actor and Zach, the new kid on the block who’s seemingly replaced him. Chris invites Zach over after their first read-through for a production of Who’s Afraid of Virginia Woolf? and Chris’ intention is to get Zach to leave the production — by whatever means possible. Laurie, a musical theatre diva making her straight-play debut in the play, and Jen, a member of every committee the theatre has, show up unexpected and throw a major kink into Chris’ plans.

A discussion of color-blind casting is part of the play. What inspired this as a topic for you?

Stephen Kaplan: In my very first thinking of the play, the sole issue was initially just Chris dealing with a younger actor getting the part he wanted. As I started playing with it more, though, I hit upon the idea of what would happen if Zach was not only younger, but black, and how this complicates the issue. As I started writing, this idea came to the forefront of the play and really kicked things into high gear for me. The issue of color-blind casting is something that keeps coming up (I mean, how cool is it that Hermione from “Harry Potter” is going to be black in a new stage version?!) and something that deserves to keep being talked about until it’s not longer an issue.

A production of Edward Albee’s Who’s Afraid of Virginia Woolf? is at the center of The Community. What about that specific script made it right for your play? Did you consider other titles to be the play within the play?

Stephen Kaplan: Virginia Woolf was always the play they were doing, mostly because it already has the built-in roles for a younger and older actor, and the play itself deals with their competition which mirrors some of what’s going on in my play. It’s also a fantastic play that I could see people getting heatedly passionate about.

Where is the play set? What town? Or is it Anytown?

Stephen Kaplan: Technically the play is initially set in Mt. Laurel, NJ — for one very specific purpose that comes up later in the play.