Barbara Kingsley’s “Under This Roof,” a Story of Caregiving, Prejudice and Perceptions, Gets Reading at Penguin Rep 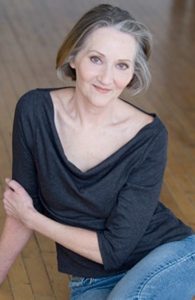 Under This Roof, Barbara Kingsley’s drama of unexpected connections in the racially divided Cleveland of the late 1940s, gets a reading by Penguin Rep in Stony Point, NY, Aug. 29 as part of the company’s Just Desserts series of new play readings. The play draws on an incident in the life of the playwright’s late grandmother, placing her in the milieu of Cleveland’s African-American community.

Here’s how Penguin Rep bills the play: “In the black neighborhood of Central Cleveland, Mamie Warren needs household help after her husband, Raymond, has an accident. On recommendation, Mamie hires a down-on-her-luck woman named Bessie, whose arrival brings surprises and new challenges.”

Spoiler alert: visiting caregiver Bessie turns out to be white, which gooses the tension in the Warren household.

Prejudices, perceptions and secrets surface in the two-act drama, which had earlier development in a workshop by Jungle Theater in Minnesota. Kingsley was an actress for many years at Actors Theatre of St. Paul, the Guthrie and other Minneapolis/St. Paul theatres before moving to New York City. For Under This Roof she was the recipient of a Minnesota State Art Board/National Endowment for the Arts Emerging Artist Grant.

Kingsley pointed out that her four-character play “examines the questions of race, gender, age, power, family and love on an ever-shifting axis — with often unexpected results, both comic and painful.” 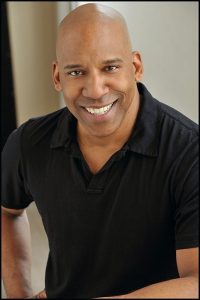 The first impulse behind creating the drama was a practical one, the actress-playwright told me. As a middle-aged white actress, Kingsley wanted to know if there were any plays in contemporary American stage literature — aside from working in a color-blind casting situation — that would allow her to work with colleagues in the African-American acting community.

“It was about a deep need to work with my colleagues of color in Minneapolis — and not finding that avenue open,” Kingsley said. “So I created my own play. I asked, ‘What might a white woman’s relationship with a black family be in that time?’ An incident in my own family led me to the questions of what my grandmother’s life was like with children to care for and bills to pay, and how she might come into a community where there were black Americans.”

Kingsley traveled to Cleveland for a research trip to explore African-American history there. A Midwesterner originally from Chillicothe, IL, Kingsley wanted to set her play away from the dramatically well-trod black communities of Harlem, Pittsburgh and Chicago, so she chose Cleveland.

Kingsley is a New York City actress and playwright whose playwriting credits include Under This Roof, I Am Proof of Me – A Final Visit with Emily Dickinson (recipient of the Minnesota Regional Arts Council Next Step Grant) and Living in the Blue Zone (winner of the 9Thirty Theatre Co. 2009 one-act playwriting competition and produced in the 2010 A Fresh Assortment/Earth Week, One-Act Festival). For Under This Roof, she was a semi-finalist in the Eugene O’Neill National Playwrights Conference. She is also co-author of two screenplays: “Henry Wind” and “Flourtown” (2008 Official Selection: Palms Springs Film Festival, Florida Film Festival, SSHF Film Festival and Flickerfest Intl. Film Festival). She is a member of The 72nd Street Playwrights Collective, The Playwrights’ Center (Minnesota) and the Dramatists Guild. Kingsley also served as an adjunct faculty member in the University of Minnesota Dept. of Theatre and Dance (1998-2013).

The 7 PM Aug. 29 Penguin Rep presentation in Stony Point, NY, will be followed by a discussion with the actors and author. Desserts will be served before the reading. For tickets and more information about the resident Equity company’s season, visit penguinrep.org.

As an actress and playwright, Kingsley is repped by Mary Harden of Harden-Curtis Associates.