“Alabama Story” Will Play Lincoln Presidential Library and Museum in 2020 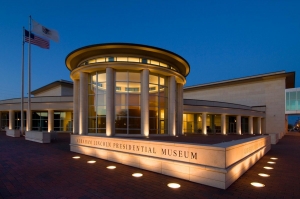 The Abraham Lincoln Presidential Library and Museum in Springfield, IL.

Alabama Story, the true tale of a librarian who was persecuted in the Deep South for her commitment to the freedom to read, will be produced by the Abraham Lincoln Presidential Library and Museum in Springfield, IL, in May 2020. The museum and library’s theater director Phil Funkenbusch, who will helm the play, said he booked Kenneth Jones’ six-actor drama because “it’s about libraries, civil rights and a brave person standing up for what’s right” — ideas perfectly in tune with the legacy of Lincoln and the organization.

Performances will play ALPLM’s 250-seat Union Theater May 7-9 and May 14-16, 2020. Unfortunately, this production was postponed due to the COVD 19 pandemic.

Since its 2015 premiere, Alabama Story has been produced in more than 25 cities, including at Repertory Theatre of St. Louis and Actors Theatre of Indiana in Carmel, Indiana. Funkenbusch was in attendance for both of those productions and fell in love with the censorship-and-civil-rights conflicts.

“Each time the audience was riveted,” Funkenbusch said in a statement. Casting for the Illinois production will be announced.

Theaters may request a free perusal copy of Alabama Story. 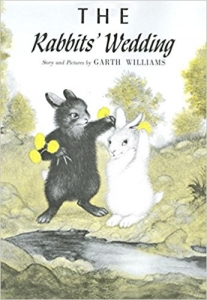 The cover of the notorious book that inspired controversy in Alabama in 1959.

Alabama Story mixes fact and fiction to tell the story of Alabama State Librarian Emily Wheelock Reed, who defended a 1958 children’s picture book called “The Rabbits’ Wedding,” which depicted a white rabbit marrying a black rabbit. A State Senator, E.W. Higgins (inspired by a real lawmaker named E.O. Eddins), wanted to ban the book — and remove Reed, if necessary. Garth Williams, who wrote and illustrated the book, is a character and also assumes supporting roles. A parallel story shows the reunion of childhood friends, an African American man and a white woman, who unpack the past in ways that reflect the drama happening in the state capital.

Alabama Story will play the town of its setting, Montgomery, Alabama, May 5-22, 2020, when Alabama Shakespeare Festival stages the play. Artistic director Rick Dildine will direct.

The Abraham Lincoln Presidential Library and Museum is dedicated to telling the story of America’s 16th president through old-fashioned scholarship and modern technology. It also serves as the state historical library. The library holds an unparalleled collection of Lincoln material, as well as some 12 million items pertaining to other aspects of Illinois history. The museum uses exhibits, eye-catching special effects and innovative story-telling to educate and inspire visitors from around the world. Learn more about the mission and programs of the Abraham Lincoln Presidential Museum and Library.