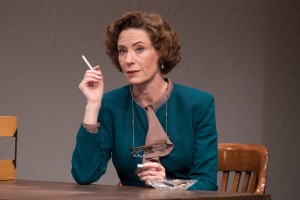 A true story of censorship and Civil Rights leaps from the pages of history and into its Washington, DC premiere in Washington Stage Guild’s production of Kenneth Jones’ six-actor play, Alabama Story at the Undercroft Theatre. It began March 22 and was planned to April 15, but a one-week extension to April 22 was announced during the run of the staging, which was “Helen Hayes Recommended.” It earned a handful of positive reviews, including one from The Washington Post, which said it was a play with “national relevance.”

The Post added, “The 2015 play feels timely, resonating with this era’s racial tensions, the ‘she persisted’ meme and continuing controversy over the Old South’s legacy. The topicality of ‘Alabama Story’ infuses a theatrical moment that feels spontaneous yet intriguingly layered.”

In the play, a gentle children’s book with an apparent hidden message stirs the passions of a segregationist state senator and a no-nonsense state librarian in 1959 Montgomery, just as the Civil Rights Movement is flowering. Inspired by true events, Alabama Story puts politicians, state employees, star-crossed childhood friends — and one feisty author — in a struggle for the soul of the Deep South.

This year marks the 60th anniversary of the 1958 publication of “The Rabbits’ Wedding,” author-illustrator Garth Williams’ children’s picture book about a rabbit with white fur who marries a rabbit with black fur. The persecution of Alabama State Librarian Emily Wheelock Reed, who protected the book in the year that followed, would put Alabama politicians, policies and perspectives in an international spotlight. In the play, a parallel tale of estranged childhood friends, Lily and Joshua, reunited in Montgomery in 1959, echoes the tensions swirling in the state capital. (Industry folk may request a perusal copy of the play here.)

Washington Stage Guild’s commitment to produce “eloquent plays of idea and argument, passion and wit” continues with this play about censorship, Civil Rights, political discourse and how American character is tested in times of great social change. The highly theatrical play was nominated for the Steinberg/American Theatre Critics Association Play Award in 2016. Rehearsals began Feb. 27.

American Theatre magazine pointed out the play’s “freshly relevant themes” when the play made its debut in 2015;  those themes are perhaps more alive today as stories of persecuted women, Alabama politicians, states’ rights, criticism of the First Amendment, #metoo, and our enduring national wound of racism crowd today’s headlines. 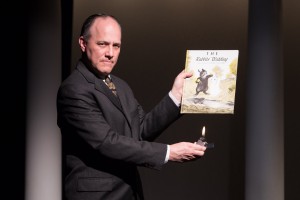 The play is alive with DC-area angles: Following her work in Alabama, Emily Reed would work for the Washington, DC, library system and later the Enoch Pratt Free Library in Baltimore until her retirement in 1977. Carla Hayden, our first African American Librarian of Congress, is the former CEO of the Enoch Pratt. Emily Reed died in Cockeysville, MD, in 2000. Today, she is recognized by the American Library Association as a hero in the Freedom to Read movement in the United States.

In 2017-18 season alone, Alabama Story is enjoying 11 separate presentations around the country. It recently closed in a hit run at Knoxville’s Clarence Brown Theatre, where ticket sales exceeded the box office goal and the author participated in engagement events supported by Humanities Tennessee.

A January 2019 production was just announced by Repertory Theatre of St. Louis.