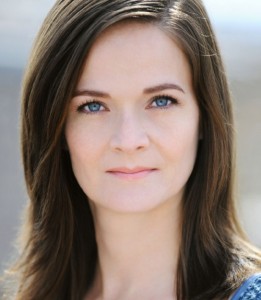 Playwright Enid Graham’s “Ruth” will be read in the 2017 NewTACTics festival in Manhattan.

The festival ends TACT’s 2016-17 season, which offered mainstage productions of She Stoops to Conquer and the world premiere of Jeff Talbott’s The Gravedigger’s Lullaby —  a script first seen in NewTACTics 2015. The latter title will be published later this year.

“Of the 26 plays we’ve helped along in NewTACTics, 12 have gone on to further production in theatres across the U.S., Canada, and Europe,” TACT artistic director Scott Alan Evans said in a statement. (Among those titles is Kenneth Jones’ Alabama Story, which, since its development in NewTACTics in 2014, will see at least ten regional productions by spring 2018.)

Owen Thompson and Yetti Steinman are the producers of NewTACTics.

Here’s the 2017 NewTACTics lineup, the casting of which will be announced later:

Ruth
By Enid Graham
Directed by Owen Thompson
June 7-8
“Ruth, a young woman from a mysterious and sheltered background, attempts to create a new life in New York. Buffeted by the strange bewildering environment, she struggles to make her way in the city, and to answer the question that drove her out into the world in the first place: Is it possible to be alive and not be alone? Through the innocent eyes of a young heroine, this comic drama looks at what makes life worth living.”

Enid Graham is a writer and actress living in New York City. Plays: Ruth and What Martha Did (finalist 2015 Eugene O’Neill National Playwrights Conference); Screenplay: “Texas”; Short Stories: “Galveston,” “Blind Spot,” “Go Fish.” Ruth was seen at the Sacred Monsters Summer Reading Series in Los Angeles. She is a founding member of the 72nd Street Gang, a playwrights collective in New York City. As an actress, Graham has numerous Broadway and Off-Broadway credits including The Curious Incident of the Dog in the Nighttime (original Broadway company); Bull in a China Shop (LCT3); King Lear (Public Theater); Honour (Tony Award nomination). Her television and film credits include “Boardwalk Empire”; “Grey’s Anatomy”; “Margaret” and “Margot at the Wedding,” among others. 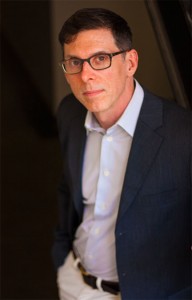 Scott Alan Evans is the executive artistic director of TACT/The Actors Company Theatre, the award-winning Off-Broadway company in New York City dedicated to discovering lost or underappreciated plays of literary merit. He is the author of the play The Triangle Factory Fire Project (Dramatist Play Service); the musicals Goose! Beyond the Nursery (the Outer Critics Circle Award nominations); Charlotte and Shaw (O’Neill NPC semi-finalist), and numerous classical adaptations. His Off-Broadway directing credits include Home, Incident at Vichy, The Cocktail Party, Three Men on a Horse, Beyond Therapy, She Stoops to Conquer, among others.

Jeffrey Couchman has worked in Hollywood, collaborating on screenplays for various studios, and has written the book and lyrics for two musicals: Blood and Fire and Battleship Potemkin (most recently performed in Berlin at Gallisas Theaterverlag). He is also the author of the well-received book “The Night of the Hunter”: A Biography of a Film.

Damon Runyon was an American newspaperman and short story writer. Best known for his stories celebrating the world of Broadway in New York City, to readers of his generation a “Damon Runyon character” evoked a distinctive social type from the Prohibition-era demi-monde. The adjective “Runyonesque” references these characters as well as a distinctive vernacular style mixing formal speech and colorful slang, almost always in present tense and devoid of contractions. Runyon’s fictional world is known to the general public through the musical Guys and Dolls, based on two of his stories, and the film “Little Miss Marker” and its remakes.

1980 (Or, Why I’m Voting For John Anderson)
By Patricia Cotter
Directed by Michael Selditch
June 21-22
“It’s 1980 and an unknown Congressman named John Anderson just might have a shot to be a contender for President of the United States. In the candidate’s Boston campaign office, four idealistic young campaign workers struggle to spread the hope that their long-shot candidate might bring to the country and their lives, while staving off that era’s Unthinkable Presidency. A comedy about class, race and the politics of change.” 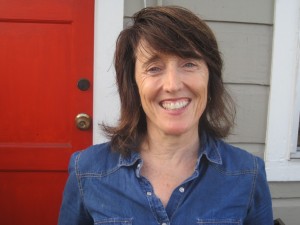 Nothing Left to Burn
By Adi Hanash & Patrick Vassel
Directed by Wes Grantom
June 28-29
“The political is personal. Even the Arab Spring began (as so many springs before it) with a love story. How that story ignited a wave of revolution in the Middle East is the center of this black comedy about an indefatigable fruit seller named Mohamed and apple of his eye, Fadia. And how rolling with punches, keeping the faith, and never letting them get you down only works until you realize there’s nothing left to burn.” 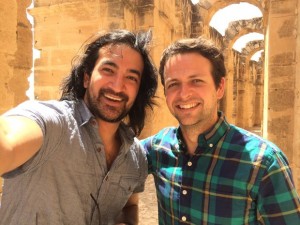 Patrick Vassel is a director and playwright from Akron, Ohio. He is currently the associate and supervising director of Hamilton on Broadway, Chicago, and the first national tour. Broadway: Magic/Bird (assistant director). New York: Two Rooms (79 Clifton Place), Rum for Sale (Columbia University), The Gravediggers (Theatre East Reading), Connect (Workshop – Ten Bones), The Adventures of Boy and Girl (FringeNYC 2013), We the People: America Rocks! (TheatreWorks USA tour), Font of Knowledge (Shelby Company), and more, including regional and university credits. As a co-writer/director: Nothing Left toBurn (Ars Nova ANT Fest, The Public Theater New Work Now!, O’Neill Semi-Finalist, The Lark Playwrights Week 2015).
All performances of the newTACTics New Play Festival are at 7 PM and take place at the TACT Studio at 900 Broadway Suite 905. Each reading will be preceded by a complimentary wine reception beginning at 6:30 PM, and followed by a moderated talkback with the cast, director and playwright.

Admission is free of charge and open to the public, and reservations are required.

TACT (Scott Alan Evans, executive artistic director; Nora Chester & Jeffrey C. Hawkins, associate artistic directors) “is a company of theatre artists that “reveals, reclaims, and re-imagines great plays of literary merit, creating an intimate theatre experience for its audience by focusing on the text and the actor’s ability to bring it to life. From the beginning, TACT made its reputation with its concert performance productions: fully rehearsed presentations stripped down to their essence. TACT’s style and aesthetic grew out of the belief that the true magic of theatre lies in the special connection between the artist, the work of art, and the fully engaged audience. TACT is a resident company of NYC’s famed Theatre Row and produces their Mainstage, Off-Broadway productions there in the Beckett Theatre. In addition, TACT presents the Salon Series in their studio space at 900 Broadway. Both spaces allow audiences to enjoy an up-close and personal experience with both the play and the artists.”